Globally, there is a rising concern among Christians regarding the recent developments with Turkey and Syria. As Christians, we need to partner together to pray and stand in solidarity for the thousands of people who are suffering.

The World Evangelical Alliance (WEA), stated “The escalation of military attacks in the wake of political decisions by the United States, Turkey, and Syria along with other state and non-state actors, threatens areas in northern Syria that are populated by Christians of various traditions, including evangelicals.”1

There have been reports of numerous deaths and injuries as a result of recent bombardments. Thousands of people are being forced to flee with the hopes of finding safety and peace. “This internal displacement in itself will present new threats of food and water shortages, lack of medical services and vulnerability in exploitation, among others.”2

We have international workers in the region helping refugees and displaced people who are expecting to see thousands more refugees entering their areas. The Global Advance Fund supports workers in these regions, you can learn more about what we are doing and give here: https://www.cmacan.org/give/

Pray that all involved parties will end the senseless violence to protect the innocent. Pray also for the safety of the thousands of people who are fleeing their homes. Pray that there will be peace. Pray that our international workers will have discernment with how to best serve. 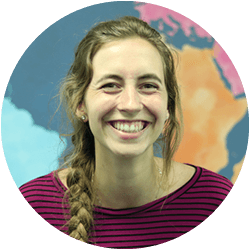 Kristen is the Copywriter/ Copy Editor at the National Ministry Centre for the Christian and Missionary Alliance in Canada. She has a passion for words and creativity. Kristen and her husband, Chris, enjoy board games and taking care of their house plants.