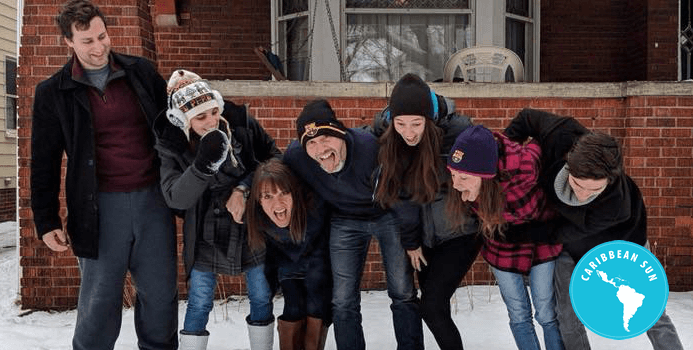 Rich's sister told him about a place called "hell" and she pointed to a fire. Rich was three years old and didn't want to go to a place like that - so he prayed to ask Jesus into his heart. Rich was 17 years old when he felt his calling to mission at General Council (this was before General Assembly existed). President Dr. L.L. King was preaching on missions - and he felt a strong call to go forward at the end, but he was embarrassed. So, he made a deal with God, if they sing his favourite song at the end - he will go forward. The second closing song was his favourite, All to Jesus, I Surrender. He went forward - and the Lord confirmed his calling when he got to the front by providing his mom and dad as the counselors for missions. It took several years on the mission field before they realized - God put them on this earth to reach the 300 million youth in Latin America. Their parents were missionaries with the Alliance for 45 years - Rich's in Ecuador and Elisa's in Argentina. Now they know why.

Elisa was seven years old when she became a Christian. She loved church, serving Christ, and loving people. But when she was in college, she didn't feel like she could be a missionary. The missionaries she knew in Argentina and grew up with were like superheroes. But one night, when she was doing her regular devotions it was almost like an audible voice. God used John 15:16 and it sounded like He said, "Lisa, you did not choose me, but I chose you, to go and bear fruit, the kind of fruit that will last. And, whatever you ask in my name, I will give it to you." Rich and Elisa went to the mission field in 1990.

To reach the 300 million youth in Latin America with Christ's irresistible love. We do this by evangelism and discipleship (to those who have a very small chance of making it into any local churches), training leaders (we can´t reach 300 million by ourselves, we must train others to help), connecting people (this is our short term missions, internship and Link year - gap year programs) and Social Work (teen pregnancy center, jungle institute to train pastors to plant churches where none exist, and garbage dump ministries - rescuing kids who eat, live and work in the garbage).

We have seamless links that are helping us serve the needs of the most desperate situations. We have had 32 girls who have been rescued as pregnant teens and shown Christ's love through a family. Many of them have come to Christ and 6 have been baptized. We are planting churches in 8 different communities in the Jungles of Ecuador where there is no evangelical church in the town. We train the pastors and leaders who are planting those churches. We have partnerships with organizations that help us train, equip and serve in jungles, garbage dumps, teen pregnancy centers and more. We are now serving in Ecuador, Peru, Colombia and Honduras. The plan is to enter 15 new countries in the next 15 years.

We work with multiple LRPG’s in Latin America.

Pray for our adult kids, some married, some on the mission field, and two who are still studying in College and graduate school.

Pray for contacts and influence to reach the next generation in Latin America who are leaving churches.

Pray for the books we are writing to help families learn together how to disciple and serve as a family.

Pray for more workers to serve as we seek to enter 15 new countries in the next 15 years to reach the 300 million youth in Latin America with Christ's irresistible love.