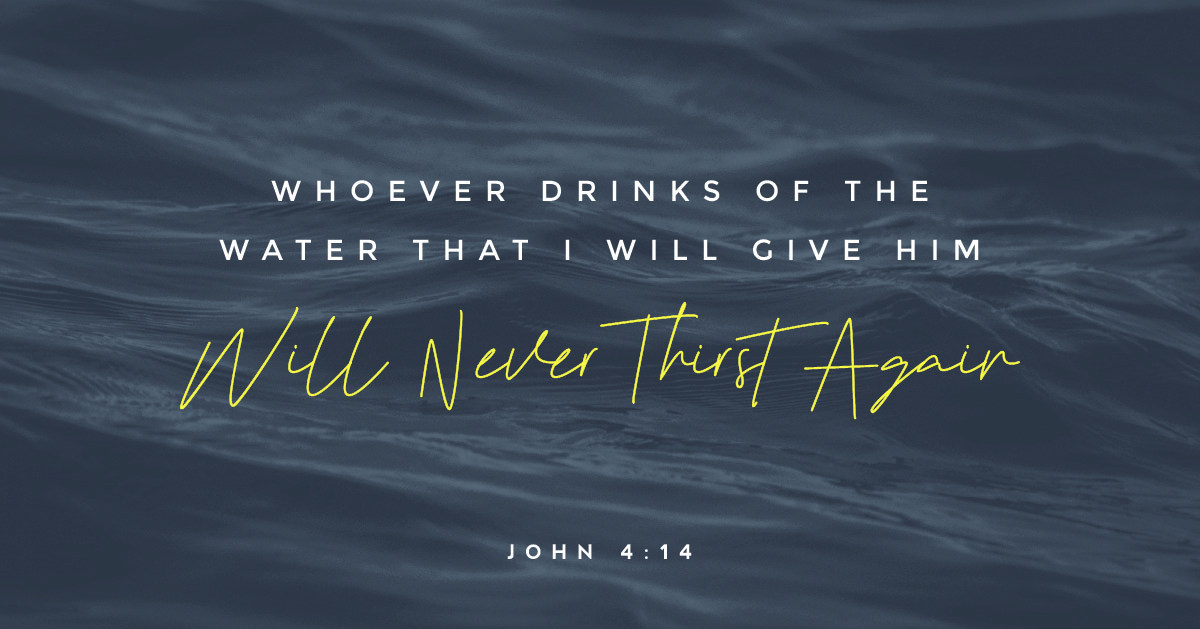 Now Jesus learned that the Pharisees had heard that he was gaining and baptizing more disciples than John—although in fact it was not Jesus who baptized, but his disciples. So he left Judea and went back once more to Galilee.

Now he had to go through Samaria. So he came to a town in Samaria called Sychar, near the plot of ground Jacob had given to his son Joseph.  Jacob’s well was there, and Jesus, tired as he was from the journey, sat down by the well. It was about noon.

When a Samaritan woman came to draw water, Jesus said to her, “Will you give me a drink?” (His disciples had gone into the town to buy food.)

Jesus answered her, “If you knew the gift of God and who it is that asks you for a drink, you would have asked him and he would have given you living water.”

“Sir,” the woman said, “you have nothing to draw with and the well is deep. Where can you get this living water?  Are you greater than our father Jacob, who gave us the well and drank from it himself, as did also his sons and his livestock?”

The woman said to him, “Sir, give me this water so that I won’t get thirsty and have to keep coming here to draw water.”

He told her, “Go, call your husband and come back.”

“I have no husband,” she replied.

Jesus said to her, “You are right when you say you have no husband.  The fact is, you have had five husbands, and the man you now have is not your husband. What you have just said is quite true.”

“Sir,” the woman said, “I can see that you are a prophet. Our ancestors worshiped on this mountain, but you Jews claim that the place where we must worship is in Jerusalem.”

“Woman,” Jesus replied, “believe me, a time is coming when you will worship the Father neither on this mountain nor in Jerusalem.  You Samaritans worship what you do not know; we worship what we do know, for salvation is from the Jews. Yet a time is coming and has now come when the true worshipers will worship the Father in the Spirit and in truth, for they are the kind of worshipers the Father seeks.  God is spirit, and his worshipers must worship in the Spirit and in truth.”

The woman said, “I know that Messiah” (called Christ) “is coming. When he comes, he will explain everything to us.”

Then Jesus declared, “I, the one speaking to you—I am he.”

Just then his disciples returned and were surprised to find him talking with a woman. But no one asked, “What do you want?” or “Why are you talking with her?”

Then, leaving her water jar, the woman went back to the town and said to the people, “Come, see a man who told me everything I ever did. Could this be the Messiah?” They came out of the town and made their way toward him.

Meanwhile his disciples urged him, “Rabbi, eat something.”

But he said to them, “I have food to eat that you know nothing about.”

Then his disciples said to each other, “Could someone have brought him food?”

“My food,” said Jesus, “is to do the will of him who sent me and to finish his work. Don’t you have a saying, ‘It’s still four months until harvest’? I tell you, open your eyes and look at the fields! They are ripe for harvest. Even now the one who reaps draws a wage and harvests a crop for eternal life, so that the sower and the reaper may be glad together. Thus the saying ‘One sows and another reaps’ is true.  I sent you to reap what you have not worked for. Others have done the hard work, and you have reaped the benefits of their labor.”

Many of the Samaritans from that town believed in him because of the woman’s testimony, “He told me everything I ever did.” So when the Samaritans came to him, they urged him to stay with them, and he stayed two days. And because of his words many more became believers.

They said to the woman, “We no longer believe just because of what you said; now we have heard for ourselves, and we know that this man really is the Savior of the world.”

After the two days he left for Galilee. (Now Jesus himself had pointed out that a prophet has no honor in his own country.) When he arrived in Galilee, the Galileans welcomed him. They had seen all that he had done in Jerusalem at the Passover Festival, for they also had been there.

Once more he visited Cana in Galilee, where he had turned the water into wine. And there was a certain royal official whose son lay sick at Capernaum. When this man heard that Jesus had arrived in Galilee from Judea, he went to him and begged him to come and heal his son, who was close to death.

“Unless you people see signs and wonders,” Jesus told him, “you will never believe.”

The royal official said, “Sir, come down before my child dies.”

The man took Jesus at his word and departed. While he was still on the way, his servants met him with the news that his boy was living.  When he inquired as to the time when his son got better, they said to him, “Yesterday, at one in the afternoon, the fever left him.”

Then the father realized that this was the exact time at which Jesus had said to him, “Your son will live.” So he and his whole household believed.

This was the second sign Jesus performed after coming from Judea to Galilee.

This would have been quite an awkward situation for the woman as Jesus was breaking so many cultural rules with just one simple question, “Will you give me a drink?” It is important for us to understand that there was a huge rivalry between the Jews and the Samaritans. The Jews did not just dislike the Samaritans they hated them.

On top of this great rivalry, there were other cultural rules that Jesus ignores. The Jewish people would become ceremonially “unclean” if they used a drinking vessel handled by a Samaritan since they believed the Samaritans themselves to be “unclean.”

It was also irregular for a Rabbi to speak to a woman in public. Understanding this context opens a window into the heart of Jesus and how He views ministry.

Unlike so many other Jews, Jesus a well-known Rabbi shows love where others show hatred. He shows understanding where others show judgement. Jesus shows forgiveness and mercy where others show bitterness and resentment. Jesus chooses not to avoid the conflict, but instead to minister despite it. He places the spiritual needs of this woman ahead of his own reputation and comfort.

After the initial shock that a Jew is even speaking kindly to her Jesus sees an opportunity to minister to the spiritual needs of the woman.

Jesus watches as the woman draws water out of the well in front of Him and He draws her into discussion by offering her living water. When Jesus uses this language though, it carries with it a double meaning.

The expression, living water, was understood to describe fresh spring water. Jesus however is not talking about actual water but about the gift of the Holy Spirit that He will give. It is the Holy Spirit living in us that, unlike the well water, will never run dry.

The woman still does not understand the full extent of what Jesus is talking about so Jesus, knowing all things, speaks to the heart of the matter and reveals her need for living water.

He does this by changing the topic to the woman’s past personal life! With feelings of shock and embarrassment the woman composes herself and realizes that there is something different about the Jewish stranger at the well.

Jesus reveals that He knows about the woman’s past, and how she has been married five times, and now is with a man that she is not married to. Because of her past she had been separated from the rest of her community.

Jesus speaks truth and life into her right there at the well. He pushes right past cultural, social, and spiritual boundaries and gets right to the heart of the issue.

As she listens, she realizes that Jesus is more than just a good teacher, He Himself is the Messiah; the one promised to come was right in front of her.

After she picks her jaw up off the ground, she wastes no time. With no concern for her water jar anymore, the reason for her trip in the first place, she leaves it behind and runs into town telling everyone that she has met Jesus Christ the saviour of the world!

In the story the woman took her water jar and came to the well thirsty. At the well she met Jesus who gave her living water. A kind of water that cannot be drawn out of a well with a water jar, but that quenches and satisfies even the driest spirit. The woman believes in Jesus and is refreshed and leaves the well satisfied leaving her water jar at the feet of Jesus.

Jesus, we ask that You reveal to us what we use to fill ourselves up every day. Open our eyes to what we need to let go, so that we can cling to You alone. Amen. 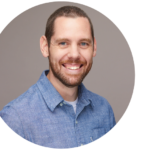 Dan Martin is the Pastor of Student Ministries at Bramalea Alliance Church. Dan, and his wife Courtney, are both graduates of Heritage College and Seminary in Cambridge, Ontario. Dan believes in providing opportunities for students to grow in their spiritual giftedness through various ministry leadership opportunities.
Learn more