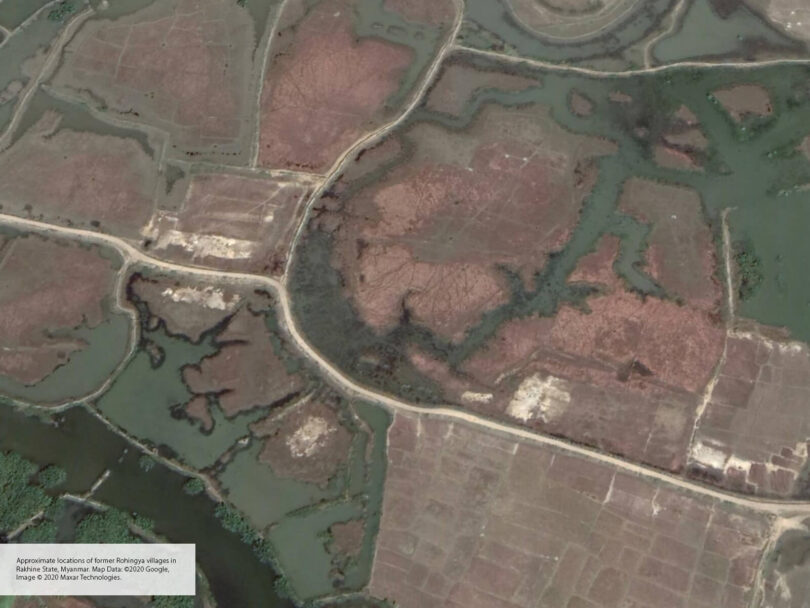 Persecuted people are easy to ignore until you see their faces and hear their stories. Once you do, everything changes.

I sat in my refugee friend’s living room as she shared about her life back in Myanmar. Using Google Earth to find her actual village, we could clearly see the charred pieces of land that were left after the late 2017 burnings of the Rohingya villages by the army as they pushed this unwanted people group out of the country.

Speaking fondly of their simple country existence, she showed me where the school and the market had once been. In marked contrast, she also spoke of the constant fear of military crackdowns and abuse of her people. Her family’s story is common – her father left to find a job in another country and, after a few years, sent money so the family could join him. The only route available was via illegal human traffickers. She spoke very little about that horrible journey, but enough to know that people died along the way, starvation was a real threat, women were raped, and men beaten and even murdered.

She arrived in a country where Rohingya have no legal rights to claim citizenship, to work, or to access education or health care. She has no passport or identity card other than a UNHCR card that marks her simply as a refugee. Daily life is an endurance of being marginalized, unwanted, cursed at, told to leave, or even threatened with death. No one seems to understand that she has no home to which she can return.

Years ago, most of this people group were found within the confines of western Myanmar, beyond the reach of outsiders, behind barbed wire fences and military outposts. However, with the mass genocide and persecution of late 2017, 1 million Rohingya have fled Myanmar into refugee camps in Bangladesh and through human traffickers to surrounding countries as well.

This mass exodus has created many new opportunities to access this least-reached people group. Their daily reality is that the world considers them as “citizens of nowhere.” But God in His sovereignty has redeemed the situation by bringing them to places where they can hear that they are loved, and that God wants each of them to belong to His family and to enjoy their place at His table.

In recent years, God’s people have been able to bring important help in the form of education programs, social support and mentorship opportunities, and emergency food aid programs during the COVID-19 lockdowns. But beyond all these things, we want to address the deeper need of hope. The inner hope of knowing you are loved and wanted fills an internal need that is greater than any physical need. For the Rohingya who have suffered unimaginable trauma and suffering for years, this hope is the deepest need of their souls.

Talking about the Kingdom of God has been powerful with my Rohingya friend. She was amazed at the words in Luke 13:29, hearing that people will come from all over the world, from the east, west, north, and south, to take their place at the feast in the Kingdom of God.

We talked about how her religion is about pursuing God by following their rules perfectly to try to obtain “points” for Heaven. To hear, instead, about a loving God who pursues His people and who longs for a close relationship with her is an entirely different story. Jesus is the one who makes the difference.

For our refugee friends, it’s a beautiful gift of hope to know that they are invited into the beautiful mosaic of God’s Kingdom. Belonging is a powerful gift we can all give to refugees around the world. Belonging not only in your homes, culture, and country, but into the ultimate hope of belonging to the God who sees them, loves them, and wants them. Don’t miss the opportunity to invite them into that.

Chantelle and her husband Paul work with refugees in the Asian Spice region, after having served 8 years in the Desert Sand region. She works passionately on justice issues for the marginalized and loves program design, teaching, and tackling complex development issues. In her spare time she loves to hike, drink coffee, create and plan the next adventure with the family. Learn more at cmacan.org/pcm