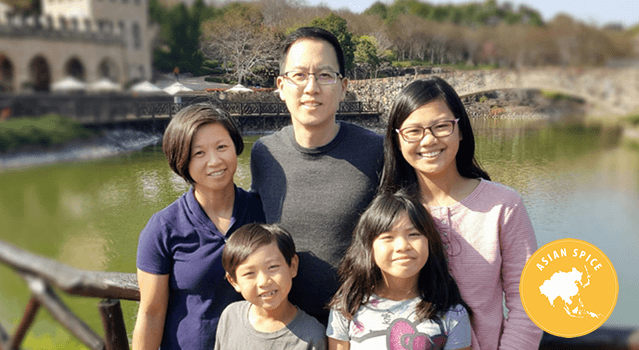 Although Albert and Elaine are both second generation Chinese North Americans, they came from very different backgrounds. Elaine grew up in an American Chinese Alliance church and felt called to China after graduating from university. Albert grew up in an ancestral worship family and later came to faith during graduate school. They met in seminary and felt that God gave them a burden for both the North American church and for overseas missions. God led them to serve as Missionary Apprentices at First Alliance Church of Toronto, working with Chinese new Canadians. After a two-year apprenticeship, Albert served another six years as a worship and outreach pastor before God called them to go overseas, opening the door for them to go to Taiwan. They have three children: Elise, Liana, and Nathaniel.

Albert and Elaine are currently in partnership with the Taiwan Alliance Church Union to start a new church-plant in the county of Chiayi. They believe God has called them to a five-pronged ministry: 1) Extraordinary Prayer 2) Holy-Spirit-led Evangelism 3) Deepening Discipleship 4) Church Planting and Development 5) Community Caring and Presence.

LORD, for Your glory, grow reproducing communities of disciples, transformed by Christ, transforming working class Taiwan and the world. 『主阿，為了袮得榮耀，求袮成立被基督更新並不斷的增長的門徒群體，以及更新台灣的基層階級以及世界.』

We are partnering with a group of local churches of the Taiwan Alliance Church Union to start a new church-plant in the county of Chiayi. We aim to have strategic involvement in missions mobilization of Taiwan C&MA churches.

We work with the working class in Taiwan.

Pray that the Holy Spirit would bring renewal throughout the Taiwan C&MA and ignite a passionate church-planting movement amongst the least-reached/least-churched working-class in Taiwan.

If you would like to receive regular updates or connect with us, contact us at albert_elaine@hotmail.com or visit our blog on www.lovethelus.blogspot.ca