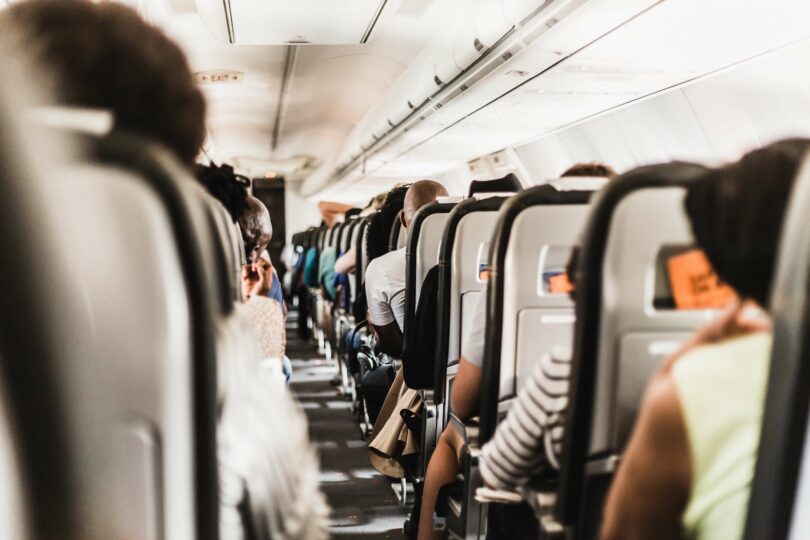 I was on a plane recently and I noticed a young man who was silently crying on my flight—I could see his face each time he broke down, pain and sadness taking over. He would slowly compose himself and then every little while it would start all over again. I spent that flight praying for him, asking God what He would have me do.

I felt that the Spirit was prompting me to have a conversation with this individual, but asking him if everything was ok in the middle of the cabin hardly seemed appropriate, and what was I going to say—“God told me to come and talk to you?!”

So, I made a deal with God—if I saw this young man at the baggage claim after we landed, and if he was all alone, I would know that the Spirit really was wanting me to go up and talk to him and make sure he is ok.

The flight landed, and the young man got right up out of his seat and off the plane as soon as he could. I thought to myself – “I guess the conversation was not meant to be.” As I slowly made my way to the baggage claim, I could not help but look around, hoping that he would still be waiting for his bag to come out.

My heart was racing and internally I was wrestling with the notion that I might have just missed out on following through with the prompting I had felt, all because I did not want to speak with the young man while we were still on the plane. I kept trying to tell myself that doing so would have just made him uncomfortable and embarrassed, but I knew, I had been trying to save myself from being uncomfortable or embarrassed instead.

And then I noticed him, all alone, away from everyone else.

I went over, praying that God would give me words and wisdom for what was about to happen. I asked the young man, “Are you ok?”

“Are you sure? I noticed you seemed upset on the plane, and I just wanted to make sure that you are ok.”

He looked back at me, studying me and replied, “Actually, I am not doing too great.”

I told him that I didn’t know if this would mean anything to him at all, but that I had been praying for him the whole flight. He said that meant a lot and then proceeded to tell me about how his best friend had just died by suicide and that the funeral was happening that upcoming Saturday.

We chatted briefly about losing loved ones and I told him I worked at Sherwood Park Alliance Church. I mentioned he could call us if he needed to talk to someone. He was so surprised when I said all of this and had a strange looking on his face as if he was familiar with the church, but he didn’t say anything more and I left him to get his bag. I didn’t think anything more of this interaction until I got back to the office the next day and heard that our building was being used to host a funeral that Saturday for a young man who had just passed away. It all clicked.

Have you ever had a moment like that? Feeling like the Spirit is asking something of you, nudging you to do something, but you resist, or second guess yourself? Or you freeze because you start thinking about what other people around you might think about you if you follow through on that prompting? Perhaps you ask God to show you a sign – you make deals or tests to see if what you are thinking, or sensing is really from God.

Sometimes we have Divine Appointments that are obvious in the moment, sometimes it is not until days, months, years later, that we come to understand the roles of people and events as God ordained. We don’t always realize or acknowledge how God is putting events and people in our paths, or how He is using us in the paths of others for moments like what I experienced at the airport that day.

All around us, people are going through circumstances, stress, grief, sadness, hurt, anger and loss. We do not always notice it, we do not always see it clearly, but it is there.

This situation I found myself in at the airport that day has since made me recognize how the people that I interact with daily, like the young man on my flight, are also in the midst of circumstances that I may not see or understand. I think about how God may be positioning me to intersect with people every day who will be walking into my workspace, who are standing behind me at the checkout counter– those who might need something (or someone) more in their lives. I think about what kinds of Divine Appointments might be in my day planner already, I need to be tuning myself to the promptings and voice of the Spirit to ensure I show up for them.

How is God positioning you in your day to day circumstances to reflect Him in the lives of those around you? What are the Divine Appointments in your life that God is asking you to show up for?

Lean into that still, small voice and see what happens. 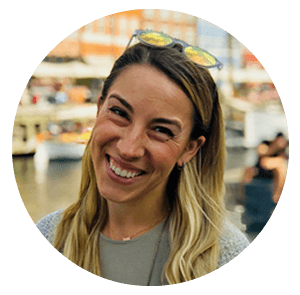 Rebecca Trask is a Ministry Assistant at Sherwood Park Alliance Church, who grew up saying she would never live in Edmonton. She enjoys sharing about God’s heart for the nations and seeing people come into the fullness of who God created them to be. Her greatest loves in life are grace, laughter, mountains, road trips and deep conversations.