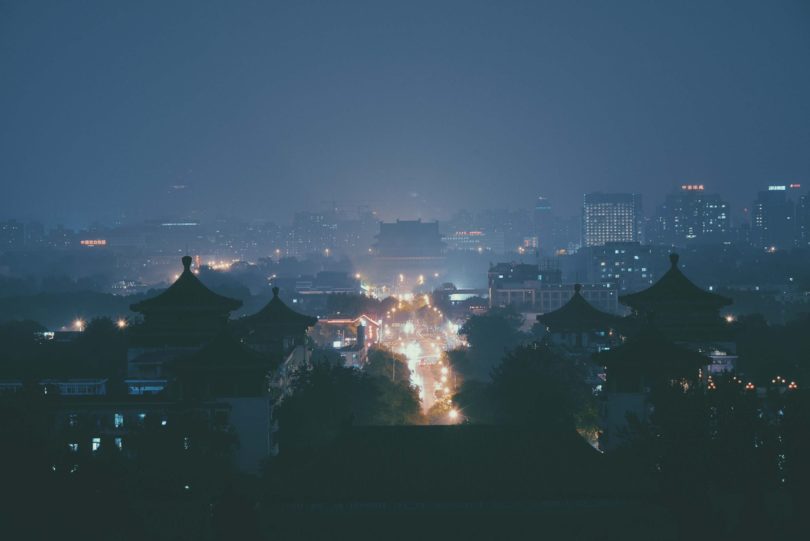 Not too long ago, I had the opportunity of hearing from one of the five leaders who provide oversight to over 52 million believers in the underground church in China. Her name is Lucy; she is petite, passionate, and powerful. When she speaks, there is a profound authority that captivates her listeners.

She told the story of how she was meeting with a group of believers in a seniors’ home in order to avoid being arrested by the government police. But shortly after the meeting began, the doors burst open and the police ordered them to leave or face going to prison. The officials stated they would return in a few hours and that the group better be gone before they returned. As the group was preparing to leave, one of the members, a visitor from Egypt, asked a penetrating question, “Whose authority are you under? If the Holy Spirit tells us to go then we go, but if the Holy Spirit tells us to stay, we stay. If we leave out of fear we will be running the rest of our lives.” One of the Chinese brothers spoke up and said, “That is easy for you to say. They won’t arrest you!” The Egyptian man took a deep breath and declared, “If they come to arrest you, I will force them to take me as well.”

They waited but the officers never returned. A few weeks later the same group was meeting in a restaurant. The police came in and demanded that the Egyptian man come with them. The group around the table stood to their feet and declared, “If you arrest him, you must arrest us too!” Before the police could respond, another table of believers stood to their feet and said, “You will have to arrest us too!” Soon, over two hundred people were standing in solidarity. The police were overwhelmed and decided to stay and listen to the testimonies of these brave individuals. Lucy finished her story with the courageous statement, “That day the spirit of fear was broken in the underground church and we started to walk in our God given authority.”

In Luke chapter four, we read the story of Jesus encountering a demon-possessed man in the synagogue. While Jesus was preaching the evil spirit within the man cried out, “Go away! What do you want with us, Jesus of Nazareth? Have you come to destroy us? I know who you are – the Holy One of God!” (Luke 4:34) The demons were so terrified of Jesus that they begged to be left alone. It reminds me of putting my grandkids to bed. They know I have the authority to accomplish the task but they still try and delay the inevitable. It is interesting to note that the demons declare, “We know who you are – the Holy One of God!” What is true of Jesus is true of you. The demons know who you are, but the most important question is “Do you know who you are?” Chuck Davis suggests, “Satan is scared to death that we’ll find out who we are and start behaving like we should.”

If you are a child of God then the same power that raised Jesus from the dead is in you! Because you are in Christ and Christ is in you, you are identified with Him in His death, resurrection, and ascension. You are united with Christ, bonded together with Him. By virtue of your identification with Jesus, you are seated with Him in heavenly places on the throne of God! Paul declares, “And God RAISED us up with Christ and SEATED us with him in the heavenly realms in Christ Jesus…” Ephesians 2:6. Right now, in real time – all authorities, power, and dominions are under our feet! A.B. Simpson described it this way…

“This is much more than resurrection. It is ascension. It is taking the place of accomplished victory and conceded right, and sitting down in an attitude of accomplished repose, from henceforth expecting with Him until all our enemies be made our footstool… it is throne life. It is dwelling with Christ on high, your head in the heaven even while your feet still walk the paths of the lower world of sense and time. This is our high privilege.”

When we discover who we really are in Jesus it changes everything!

Chuck Davis writes, “Spiritual authority is the God-given right of rulership, rooted in a relationship with Him through Christ, whereby we superimpose the rules, order, and impact of His world (the Kingdom of God) over our world.” This authority is not a special endowment, calling, or gift to a select few in God’s family BUT the rightful inheritance of every believer! So take your stand. You are more dangerous than you think!

3 Comments on “You Are More Dangerous Than You Think!”