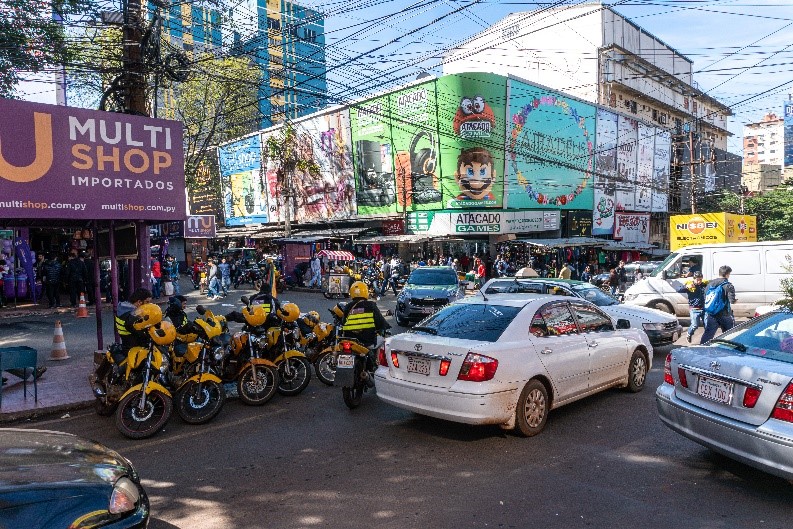 It was April 2008, in Cairo, Egypt. I was walking around the St. John’s Anglican Church campus, where the Maadi Community Church congregation met. I noticed three young men—who I thought were three, young Egyptian men—come in through the gate of the property. We had had issues with young national men coming to the international church in search of young European and North American female teachers that attended the church. We had noticed that their reasons for coming were unbecoming and made the young women nervous in what was meant to be a safe haven for expatriates. We usually made a point of politely asking them to return to their normal place of prayer and not to come to the international church anymore. It was challenging, as a pastor, to ask people not to come to church!

That Friday morning—for that is when we met for church gatherings—I was a bit frustrated to have to deal with the situation. Let’s just say that my attitude was quite a bit less than stellar. I ended up sitting right behind these young men to make sure that they didn’t make advances towards any young women and to make myself available to intervene if necessary. I was also rehearsing what I would say in Arabic to them, as many of the young men who came didn’t speak any English.

As was our custom as an international church, we invited newcomers to stand and say what country they were from. You can imagine my surprise, and my shame, when these three young men said, “Panama,” “El Salvador,” and then, “Mexico.” My wife, Michelle, and I had spent almost a decade in Mexico before arriving in Egypt. I was familiar with Latinos from Central and South America. These young Latin American men blended so well into the Egyptian culture that I could not distinguish the difference.

Conversing with the young men after the service, I found out that they were international workers from neighbouring Jordan and had come to Egypt for a holiday and some refreshment. This encounter spoke to the deep places of my soul (especially after I repented of my critical attitude) in light of the fact that we knew that we were returning to Latin America that summer as the regional developers for the Caribbean Sun region. God is raising up a new generation of international workers that blend into the fabric of local cultures.

Over the next few years, National Church leaders from various countries in Latin America asked us to help them prepare their own international workers for going and thriving in difficult places. We dreamed of how The Christian and Missionary Alliance in Canada (C&MA) could best do that. How could we pass on decades-worth of mission experience in a practical training program that would allow for the development of even better, more integrated, more transparent workers who would form part of the next global wave of missions?

The vision that began to evolve in our hearts and minds was a year-long residential setting where a group of candidates from various Latin American countries would live together, learn together, resolve conflict together, and learn to thrive in a highly multicultural environment somewhere in Latin America. A significant challenge to this vision was finding a Canadian couple that could step into such a volatile role. During the Canadian Pacific District retreat in January 2014, a conversation with such a couple arose, resulting in them moving to Costa Rica that summer for language study, and then on to Colombia in 2015 to join efforts with an initiative there with a similar vision.

A “God moment” happened at the annual conference of Latin American C&MA leaders in Bolivia in August 2016. I was sitting at a table with the contingent from Chile. They asked what our vision was and why we Canadians were there, and they shared their vision of training missions candidates in a multicultural setting. This sparked a natural friendship that blossomed into a partnership with a common purpose, vision, and values.

Vice President of Global Ministries Brem Frentz and I went straight from Bolivia to Paraguay as soon as the conference was over to visit the multicultural church that the Chileans had started in a multicultural border town. This was the environment that we had been looking for; Muslims, Hindus, Buddhists, atheists, and Christians were all mingled together in one large microcosm of cultures and languages.

For me, personally, that city was like finding a home. I was in a Latin American culture, speaking Spanish, yet listening to the call to prayer as the sun went down. I felt like I was in both South America and Egypt all at the same time. Something resonated deep inside of me that this was the environment where God could train and mentor Latino professionals who had a calling to go to the least reached of the world.

That new partnership, and subsequent meetings with regional leaders, led us to transition the Canadian couple from Colombia to that border city in Paraguay in the fall of 2016. The culmination of years of prayer, conversations, dreaming, and planning resulted in the launch of Samuel House in March 2017: four Latino missions candidates living in the same house with the facilitating Canadian couple all studying, praying, and learning culture and community together. This has been a growing partnership between the C&MA in Canada, USA, Chile, Paraguay, and the regional leadership for the C&MA in Latin America.

The first four Chilean candidates graduated in December 2017, with one couple now in Jordan. In 2018, we had five more candidates from Argentina, Chile, and Peru. The vision for Samuel House is to see five of these training environments functioning globally, wholistically raising up Latino professionals who are well-prepared to go and thrive in the hard places in our world and bring access to Jesus to least-reached communities through their life, lifestyle, and livelihood.

Murray and Michelle Derksen have served as the regional developers for Latin America and the Caribbean since 2008. Previous to that, they served as church planters in Guadalajara, Mexico (1992-2001); district missions consultants in the Canadian Pacific District (2001-2004); and as part of the missional staff of Maadi Community Church (Cairo; 2004-2008). They have raised their four children (now adults) in these various contexts and are thrilled to have had the opportunity to model Kingdom living to their family. They are active members of Vernon Alliance Church in British Columbia.