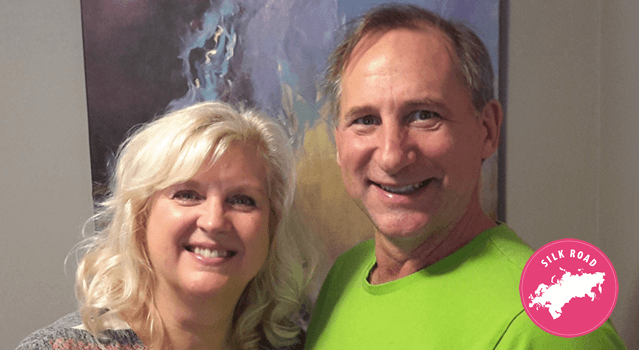 Debbie and I prayed to receive Christ as Saviour in our early childhoods. We met at age 13 and both encountered the Holy Spirit in our early teens. Our faith grew under the guiding leadership of Marv Penner in Bayview Church for over a decade.

Before we married we were independently committed to full-time ministry. Warren was called to missions through two mission trips to Bolivia and India led by Teen Missions International and Debbie through a Friday Night Missions meeting at Canadian Bible College. We began our Biblical studies at Capernwray in England, and later graduated from Canadian Bible College (now Ambrose University and College). Warren went on to Canadian Theological Seminary and then acquired a doctorate from Gordon Conwell Theological Seminary.

We were commissioned by the Alliance from Bayview Glen to Indonesia to answer, "Can the International Church contribute to Jesus' missions mandate?" The answer is still YES! Twenty years later the Bandung International Church (BIC) continues to play a significant role in contributing to partnerships that are making missions happen among least-reached people groups. While ministering at BIC the Missional International Church Network (MICN) was born. MICN exists to “Start and Strengthen International Churches". For 11 years at BIC, Debbie served in the music and worship ministry alongside Warren. This was where her passion for art emerged. While teaching and exhibiting art, she served with Warren for 6 years in the Lighthouse International Church in Kuwait. In our next assignment Debbie will be using her art as part of her platform for ministering in France.

The last 5 years we have been in Canada on our latest assignment caring for Warren's dad who was diagnosed with advanced dementia. God is now calling us to Paris to start an English speaking International Church alongside the already existing French-speaking Martin Luther King (MLK) International Church. Paris offers an opportunity to pioneer a reproducible model of church start-ups. We will serve bi-vocationally and continue our international ministry through MICN. We will depart January 2021.

Planting an International Church (IC) in the city of Paris with a population exceeding 13 million instantly accesses 100 + least-reached people groups. Our assignment is prayerfully planned to plant an IC that is self-sustainable and reproducible; discipling people in Christ to reproduce themselves in their countries of origin or in their next international assignment.

Mega cities around the globe are populated with least-reached people groups. Our ministry in Indonesia and Kuwait were characterized with people from multiple nations meeting Christ. We pray for the same in France. Debbie's platform as a practicing professional artist and art teacher will naturally facilitate relationships and opportunities to connect people to Jesus.

We work with multiple LRPG's in our role.