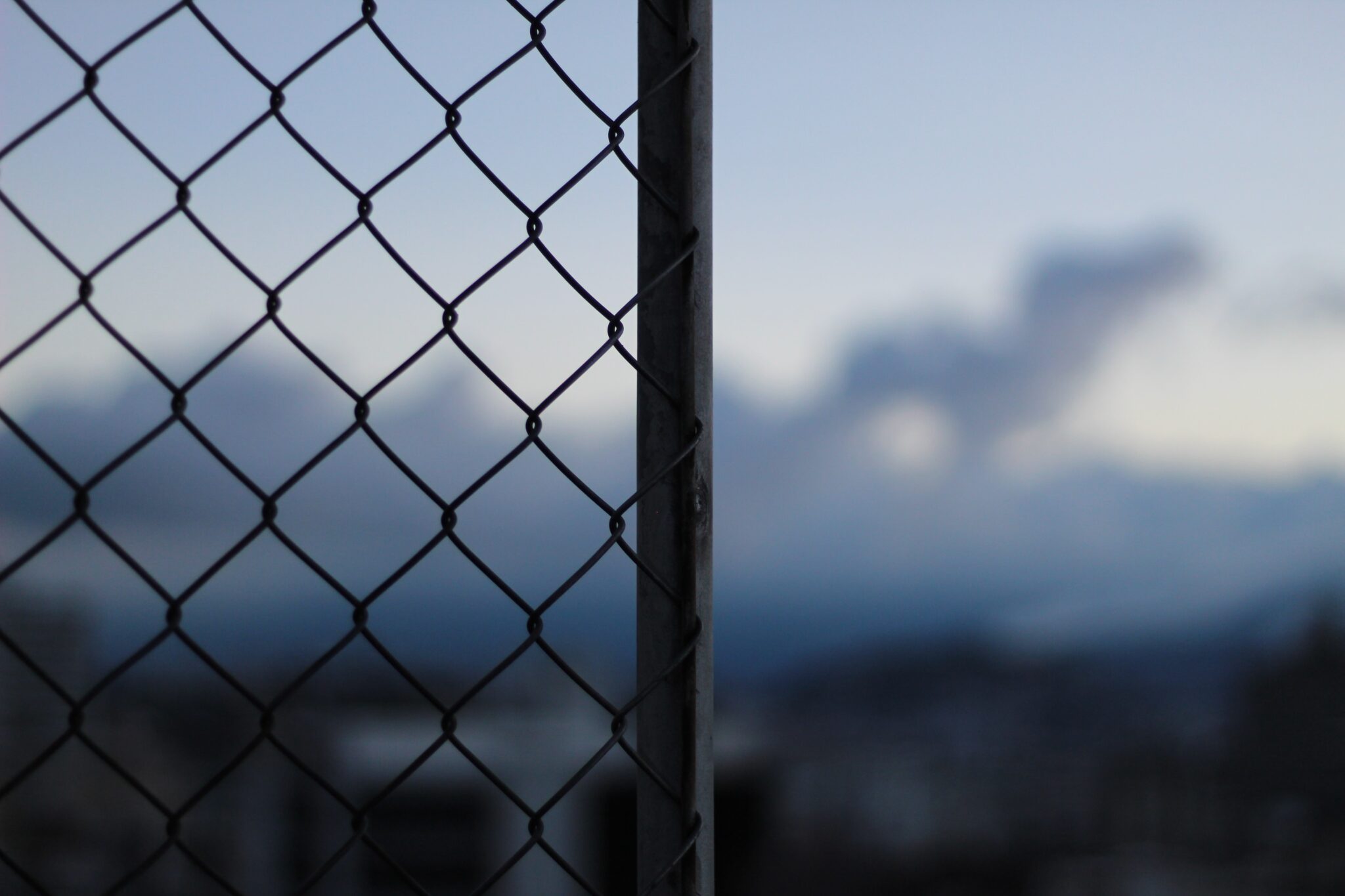 It was a pleasant afternoon during the rainy season. Everything was green, and the sun had just come out. I decided to walk to the church in the centre of town to visit with the senior pastor and catechist with whom we worked. The church in town had over eight hundred members. I was thinking about the request from the youth group and pastor to visit a village to bury one of the Christians. My eyes glanced to the left as I walked down the hill from our home. There stood a grey seventy-metre square cement building with no windows and one metal door I had often seen. It was the notorious regional prison with approximately three hundred and fifty prisoners crammed into this dismal space. It was a place I would rather not go, and it was not part of my job description. Fear of the unknown gripped my heart. There was a deep impression from the voice of God, “I want you to go there.”

After the meeting in town, I returned home, wrestling in my heart, should I go or not? I came up with a whole load of reasons why not. My Mother in Arnhem, Holland, had lived right near the ‘bridge too far’ during the war and wanted to be a missionary. Because of the war, she could not go, but she prayed, if she would ever have a son, he would go.

My Father, from Harlem, Holland, and mother immigrated to Montreal, Canada, in 1952, just after their marriage, leaving family and home behind. They faithfully took me to church, but I did not find much joy, purpose, or meaning in my life. I had just turned sixteen when Billy Graham’s message came through the little black and white TV. This is the last thing I want to hear, I thought to myself. He spoke of a holy God, who gave His Son, who loves us and gave His life, so we could have life. I went up to my bedroom, and for the first time, I prayed. Joy, forgiveness, peace, and His presence overwhelmed me. A deep impression came; You need to tell others about Me.

Delivering newspapers early the following day, I told my friend what had happened. He took it upon himself to tell the pastor’s wife. The pastor called and said, “Great! I’d like you to give your testimony to the youth group on Friday night.” To speak before more than two or three people terrified me! To hike up Mount Everest backwards would have been easier. I almost wanted to give up my newfound faith. A short prayer, “God, help me!” Once again, a deep impression came over me, Don’t talk about yourself, tell people about Me and what I’ve done. That has been the story of my life, going from incompetence to incompetence, but with enthusiasm and with God’s amazing help, as He is competent.

Jeremiah 1:5-10 are the words God gave my mother to pass on to me at my ordination: “’Before I formed you in the womb I knew you, and before you were born I set you apart; I appointed you as a prophet to the nations.’ ‘Alas, Sovereign Lord,’ I said, ‘I do not know how to speak’…’You must go to everyone I send you to and say whatever I command you. Do not be afraid of them, for I am with you and will rescue you’… ‘I have put my words in your mouth. See, today I appoint you over nations and kingdoms to uproot and tear down, to destroy and overthrow, to build and to plant.’”

With these words echoing in my heart, I said, “Lord, I can’t, but you can.” As I approached the entrance to the prison, some of the guards jumped up with their rifles. “Who are you, and what do you want?”

I introduced myself as the pastor from the Protestant church, coming to see how we could help the prisoners. They laughed. “Protestant minister, what are you protesting about today?”

After a lengthy discussion, they ushered me in to see the warden. He was kind but said, “You’re wasting your time with these guys.” Some were in for theft, murder, or corruption. Then he said, “Sure, you can come every other Saturday morning at 6:00 a.m. for one hour.” I could hardly contain my excitement!

With a couple of young men from our youth group carrying drums and a few Gospels of John, we arrived as the sun began to show its first rays of light. The metal door creaked open and slammed shut behind us. They marched us to the congregating area for the six sub-court yards. A thick metal chain and the massive lock fell to the ground as they opened the second barred gate. Guards with rubber truncheons pointed to the meeting room. I said, “You’re coming too.” They replied, “No,” and proceeded to lock the gate behind us.

The word was out; anyone who wanted to hear something about God could come. Courtyard gates were opened, and about seventy-five men and boys shuffled in with their tattered T-shirts, shorts, and flip-flops. There were no benches or roof; you could see the early morning blue sky with a little bird perched on the top of the soaring walls. With melancholy, hopeless eyes and drooping heads and shoulders, the men clustered around. Many were scratching with scabies; some were coughing with tuberculosis. They said a couple of bodies had been taken out the night before, afflicted with AIDS and unceremoniously buried.

The three of us started to sing praises to God, joined by a few others from the group who seemed to know the songs. I thought, Let me just tell them how Christ changed my life. The only difference between us is you were caught, and I was not.

“If we claim to be without sin, we deceive ourselves and the truth is not in us. If we confess our sins, he is faithful and just and will forgive us our sins and purify us from all unrighteousness” (1 John 1:8-9).

An invitation was given, and over twenty came forward for prayer. We handed out the Gospels of John and said, “If you memorize John 14, we will give you a New Testament when we return in two weeks.” When we returned, the despondent look and atmosphere seemed to have lifted. I brought three New Testaments, but sixteen had memorized John 14! Every week they learned more songs of praise. They began growing, and as time went on, over one hundred and twenty made commitments to Christ.

The entire atmosphere of the prison changed. One civil servant shared, “I’d rather live in this hell-hole for the rest of my life and serve the Lord than go back into the world and serve the Devil.”

Four choirs were formed, singing in four-part harmony. One scrawny young man from Guinea prayed and fasted and said, “If I ever get out of here, I want to become an evangelist to my people group.”

Eventually, complete Bibles, theology books, and Christian literature were shared. We brought them food and personal toiletries; a couple of Catholic nurses joined us in helping with some of their medical needs. It became one of the greatest joys. They would sing and pray with more enthusiasm and gusto than I have ever seen. When we returned from home assignment in Canada, the warden said, “You and your team can come back at any time. This place has a completely different atmosphere.”

As the metal door clanged shut behind us, and I returned home on the dusty path, my heart was filled with ecstatic praise to God; His words ring in my ears to this day, “Take courage, it is I, don’t be afraid…Watch me do amazing things.”

This is an excerpt from the book, On Mission Volume 2. Download your free copy today.

A Call To Resilience – Hang On!