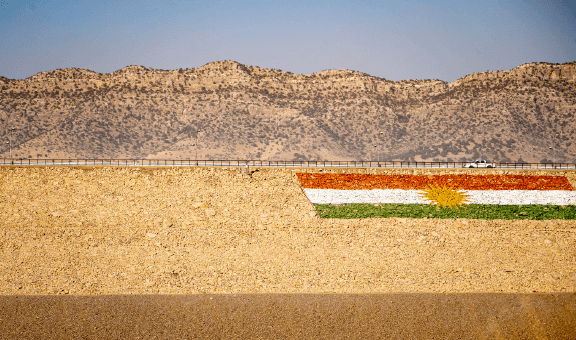 Salome* is a thirty-five-year-old Muslim widow with four children, living in Mosul, Iraq. One of her two boys is handicapped and both of her girls, one of them (4 months) and the other one (18 months) died of starvation. You can see the anguish in her face as she shares, “You will not believe this, my little cute daughters, died because of the famine.” She stops talking for a while, then her eyes fill with tears as she describes the poverty and hard conditions that she and her family members have been through. She continues, “We were starving, and we did not have more than a small piece of bread that was supposed to be enough for my family to survive for twenty days. Can you imagine? I divided this piece of bread and it was finished three days later. My daughters started to cry loudly because they were extremely hungry. There was nothing I could do.” ISIS fighters took the city of Mosul in less than 24 hours. They forced the Christians out and killed any citizens who refused to embrace Islamic teachings. On one day, ISIS soldiers shot and killed 600 police officers, throwing their lifeless bodies into a pit, leaving 600 widows and over 1000 orphans alone, defenseless, and  in a place of desperation and vulnerability. When the Iraqi Army took back the city of Mosul, devastation and death were everywhere. In the wake of the liberation, the thousands of widows and orphans were left with no food, no protection, and no one who cared—except for Christians, who are passionate about bringing hope to the hopeless.

Three days a week, a fearless band of Christ-followers makes the dangerous journey into Mosul to bring practical aid along with the love of Jesus to these widows and orphans. One of the team members shared,

“Our team feels speechless sometimes [when we see] the deep pain in eyes of Mosul residents. We have helped more than 100 families with the food packages that have been donated by our brothers and sisters in Christ. The reaction of the families at the beginning was astonishment. They asked how we can still show love to them, visit them, and help them in their hardship after all we had faced from ISIS as Christian citizens.  They have been so thankful for what we have done for them.”

The apostle James declares, “Religion that God our Father accepts as pure and faultless is this: to look after orphans and widows in their distress and to keep oneself from being polluted by the world” (James 1:27). What a profound statement. “True religion,” religion that is life-giving and God-pleasing is about a pure heart and a compassionate spirit. We stand up for the vulnerable, we are a voice for the voiceless, we bring hope to the hopeless. As one of the team members put it,

“One more day, one more time, one more sunrise, no matter how much I write or how long this story will be, the pictures are not enough to translate the situation of those people who are actually living with deep worry, they have no idea what tomorrow will bring for them. Due to the fear that they have faced from the barbaric actions of the militias, they are hopeless and helpless, and again our team had the privilege to act as the hands and feet of Jesus and just provide aid with an outstanding amount of love.”

Christmas is a powerful reminder of how Jesus, the Light of the World, has come. His light is shining in the darkest places and the darkness cannot extinguish it. So, where are the widows and orphans within your influence? Today, be the hands and feet of Jesus.

*The name has been changed.

In 2012, General Assembly elected David Hearn as President of The Christian and Missionary Alliance in Canada. He was elected to a second term in 2016, during which he completed his Doctor of Ministry degree. At the 2020 Meeting of Members, David was elected to his third and final term. David’s passion is to see the C&MA in Canada as a Christ-centred, Spirit-empowered, and Mission-focused movement. He often quotes A.B. Simpson, founder of the Alliance, who declared, “This movement stands for a spirit of self-sacrifice, adjustment, adaptation and single-hearted love for people. We are called to a spirit so possessed with one supreme object, to gain men and women for Christ, that it sweeps over every other consideration in its over mastering purpose of love.”