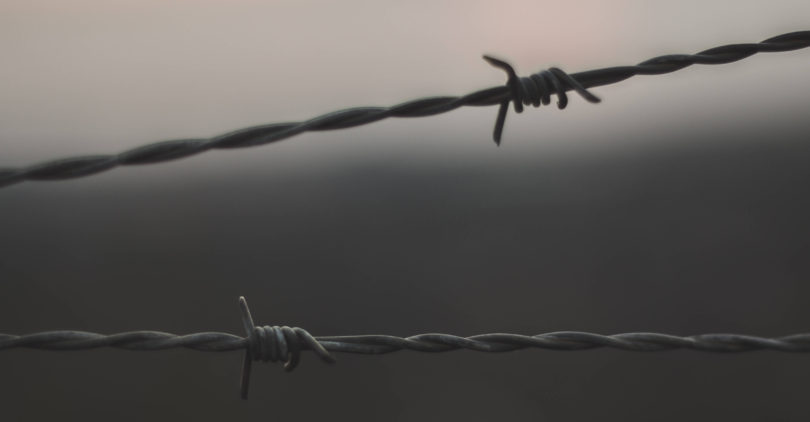 Every day when I turn on the news I am bombarded with images of human tragedy, somewhere in the world. The words “humanitarian crisis” continue to be repeated as we see a steady stream of terrorist attacks, natural disasters, and mass destruction. The danger is that we can actually become numb to the pain of others. We can default into a type of intellectual compassion that no longer touches our emotions.

I feel especially vulnerable to this danger when I travel to many of these places and see the devastation first-hand. After a while I find myself talking about human disaster like a news reporter rather than a compassionate follower of Jesus.

Jesus lived in the midst of crowds, but never lost sight of the individual. He was exposed to horrific human suffering but never lost his ability to feel deeply. He reached out and “touched” a man with leprosy (Matthew 8:3) not because He could not heal him from a distance but because the touch of another human was part of the healing grace.

I have developed a strategy to keep me from “numbing out” in the midst of so much human suffering. I call it the “power of a face.” I ask God to imprint the face of a person on my mind so that when I think of a particular place of human suffering, I do not see a faceless crowd but rather the face of an individual.

In my most recent trip to Northern Iraq, I visited a small Yazidi refugee camp. During our stay we met many men and women who shared the most horrific stories of abuse and torture at the hands of ISIS. One young woman, with two young girls beside her, had just been released from captivity the day before we arrived. She was about 25-years-old and the two girls beside her were 12 and 8. She told us about how they were kidnapped by ISIS soldiers and put in an underground bunker where they were abused on a daily basis. Many days they were without food and the dark damp dungeon was like a tomb to them.

As I listened to her, I recall my heart beating faster and my stomach literally aching as I emotionally connected with their pain and suffering. In that moment God said, “This is the face!” Now, every time I think about and pray for the Yazidis of Northern Iraq I see the face of this young 25-year-old woman who bears the mark of horrendous suffering.

I still tear up as I see the image, but this is what drives me to call on our family of faith to do whatever it takes to reach the lost, the broken, the forgotten and the discarded.

Christ lives in us and He sees. In Genesis 16, we read the story of the mistreatment of Hagar. Hagar was the hand-maiden of Sara, the wife of Abraham and because Sara was barren, Hagar was given to Abraham to produce a child. When she became pregnant, Sara despised her and mistreated her so Hagar fled from Sara’s presence. The Lord encounters her, affirms her and blesses her. Hagar responds with something so profound when she exclaims, “You are the God who sees me.” (Genesis 16: 13) Not the God who only sees the powerful, the influential and the successful – but the God who sees the least, the unloved and the abandoned!

The God of the universe sees those who are suffering and loves them. So must we. I want to challenge you to ask God to give you the “face” of someone in the world or even your neighborhood who is in a place of desperation. Let that “image” call forth deep compassion within you! Let it stir you to pray, to give and to go! The God who “sees” is at work in the world. Let’s join him!

This message also appears on the August issue of Momentum.