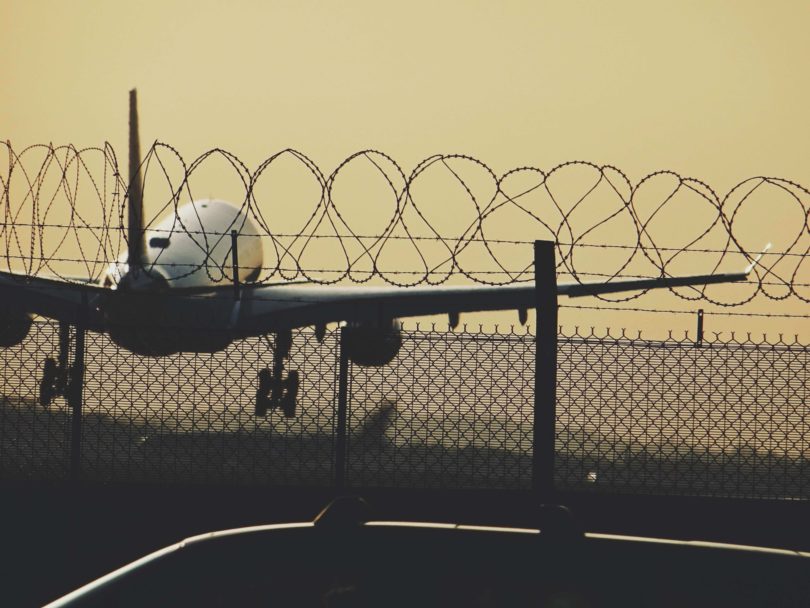 It all began as an amazing family vacation. All our adult children were able to join us in Phuket, Thailand for seven days of sun, adventure, and, a little bit of ministry. We were enthralled by the beauty of Phuket and challenged by the darkness that was evident in the sex trade. At the end of our week I had timed our departure so that all of us would leave within a few hours of each other.

The first glitch was that my middle daughter, Alysha, got food poisoning and ended up in the hospital. She was so sick that she and her husband had to cancel and rebook their flight. The rest of our family arrived at the airport thankful, but also looking forward to going home. The second glitch was that Emily, our youngest daughter, had her flight rescheduled due to bad weather. The third glitch was that our eldest daughter, Jessica, and her husband were not allowed to get on their flight because the airline didn’t notify us that they needed a special visa to transit through China. We had to scrambled to rebook them on another flight. So Agnes and I got on our flight and left Phuket with heavy hearts because all our kids were stranded. The worst, however, was yet to come.

Emily caught her flight from Phuket to China but when she arrived, she was taken into detention. She had no visa and no airline ticket to the next destination. She was now being questioned, threatened, and, badgered to get another ticket. They took away her cell phone and kept isolated. No one spoke English and she had no one to advocate for her. She was terrified. After four hours of being held, she was finally given a ticket, but without explanation about where, or when to board the flight. SUDDENLY, a stranger walked up to her, tapped her on the shoulder, and, in perfect English said, “Miss, you need to go to that gate and get on that plane immediately. Go right now!” Emily ran to the gate and boarded as they were closing the airline doors. Someone was in her seat, so she sat down in the only empty seat left, and, buckled up!

Meanwhile, I was back in Canada and working with the airline to find my daughter. They said she was still stuck in transit.  We were frantic. We cried out to God for His intervention. Right then Alysha called and said that Emily had arrived at her next destination and was okay. When I informed the airline official that she was at her next destination he said, “That is impossible! There is no record of her getting on any flight!” This was a miracle! A divine intervention, an angel sent by God, that made a way where there seemed to be no way!

It reminds me of when Peter was thrown into prison by King Herod. Acts 12 says, “SUDDENLY an angel of the Lord appeared and a light shone in the cell. He struck Peter on the side and woke him up. ‘Quick, get up!’ he said, and the chains fell off Peter’s wrists; Peter followed him out of the prison; and when they had walked the length of one street the angel left him. Then Peter came to himself and said, ‘Now I know without a doubt the Lord has sent his angel and rescued me…’”

During a bleak situation an unexpected “suddenly” occurred. Suddenly, a tap on the shoulder, an angel on mission, a deliverance by God’s hand. The God we serve is a God of the “suddenly!” “SUDDENLY is the unexpected in-breaking of the PRESENCE of God that wakes us up, opens doors, breaks chains, and, declares the power and glory of Jesus Christ!”

Assembly 2018 was filled with profound moments of “suddenly”. The in-breaking of God’s presence that changed everything. Here a few testimonies of “suddenly” moments that came out of General Assembly:

“God did amazing work in my life. I went much deeper with Jesus and was healed of chronic pain. It was amazing!”

“The Lord set me free from lies I had agreed to in my life. He helped me experience the freedom and power available through the Spirit, as we pursue Christ deeper!”

“God cleaned my dirty stinky suitcase, refresh my soul and fill me with the Holy Spirit. A great revival on the personal level.”

“God healed my sense of not being wanted or loved. I experienced a clearer expression of the Holy Spirit in my heart.”

We serve a God of the “suddenly!”

Emily is now living in Calgary. A decision she made just before our trip to Phuket. After praying for her every day for three years, God tapped her on the shoulder and told her she needed to move and leave behind the wreckage her life had become. She is experiencing fresh healing, hope, and, freedom. She describes it like this:

” I am paralyzed by fear, I cannot fight back, it feels out of my control, suddenly, I feel a hand on my cheek. It slowly turns my face away and back to Jesus. The darkness melts away in an instant and once again the peace returns, and I take a breath of freedom.”

It amazes me that when Peter shows up at the door where people had gathered to pray for his release, their first response to the announcement that he was free was, “You must be out of your mind!” It is time to say no to our doubts and determine to live and lead with the radical expectation that God will step in, set the captives free, break the power of darkness, and, show up in a manner that amazes us and glorifies Jesus, SUDDENLY!