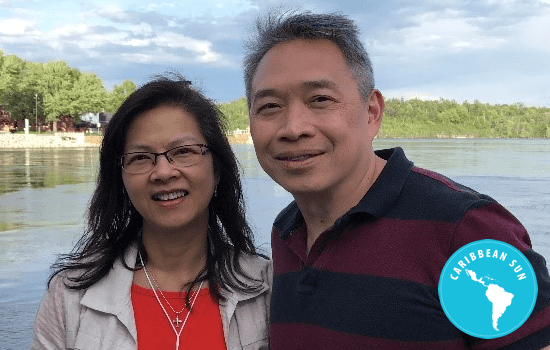 Stanley was born in Hong Kong in a non-Christian family. He moved to Canada for studies. During his last year of high school, he searched for meaning in life and by God’s providence and grace, became a believer of Christ. During his last year of university, he heard God’s calling for full-time ministry. In obedience, he studied at Canadian Theological Seminary.

Rosa was also born in Hong Kong and moved to Peru when she was young. As a teenager, she began to seek meaning in life and through the ministry of HK missionaries she accepted the Lord. She felt God’s call for full-time ministry at the age of fifteen. She moved to Canada and studied at CTS where she met Stanley.

Stanley and Rosa got married and went to Peru as fraternal missionaries in 1990. Upon their return to Toronto, Stanley joined the pastoral staff at Scarborough Chinese Alliance Church (SCAC) to lead the church-planting ministries in greater Toronto. In 1996, they went to Venezuela as full-time international workers with the C&MA. In 2011, they took a leave of absence from global missions work and began serving at SCAC. They are thankful to be returning to the global missions’ field. The Lord has blessed them with three bright young adult sons and a daughter-in-law: Eugene, Nathan & Olivia, and Raphael.

We long to see the followers of Jesus Christ to be equipped with the truth of the Bible, walking in the Spirit and committing their lives to obey Jesus Christ, witnessing in their community and actively fulfilling the Great commission.

Our priorities will be building relationships with our least-reached group, mentor existing leaders, develop the second generation of believers for leaderhip, and coach the Chinese diaspora leaders in the region.

We work with the Chinese Diaspora in Panama.

Pray to discern the will of God on setting the strategy and priority of our ministry.

Pray that we will have a good relationship with the leaders of the churches in Panama.

Pray for us to finish well on the day when we leave the missions field.