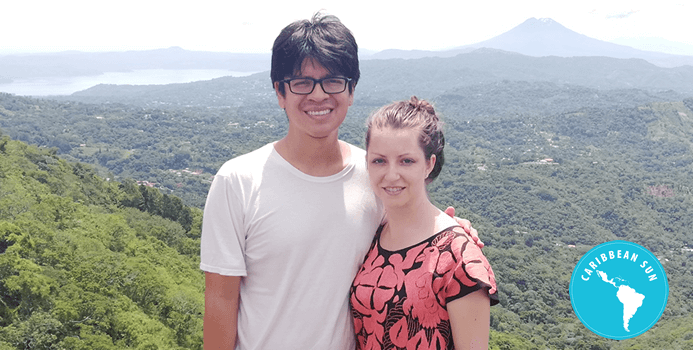 Rebecca grew up in Brooks, Alberta, and graduated from Ambrose University with a bachelor in Business Administration. She is married to Jesus Florin, whom she met serving in Brave Heart Ministry and attending the same church. Their desire to serve the Lord by ministering to the indigenous people of Mexico brought them together.

Rebecca grew up in a Christian home, however, her faith became her own while attending Ambrose University. In her last year, she wanted to focus and finish well and not stress about the future, so she placed her future in God’s hands. She was encouraged to talk with Ruth-Ann Gilbertson and was presented with the opportunity to be an intern with the C&MA in Mexico City. God provided all she needed to go to Mexico the fall after graduating in 2012 and instead of just doing an internship she has stayed on as an apprentice.

My husband and I long to see the families that we work with on fire for Jesus so that they can go out and be the ones that disciple and transform their community. We desire to see the Huichol community following after Jesus and His love flowing through them. Consumed by the Great Commandment, Compelled by the Great Commission, Completing our Kingdom Calling. In every effort, discipling people to be a transforming presence among the least reached.

We are privileged to call the Huicholes our friends and we are working with a group of Christians who have been expelled and are expecting more people to be kicked out for being Christians. We are as well building relationships inside the closed community, and building unity amongst local churches to reach the Huichol.

We work with a unique group of LRPG’s called the Huichol.  You can learn more about the Huichol by visiting our LRPG page.

Pray for the group of families that we work with, that they would be united together and that God would ignite the desire within them to be a light to their community in holistic ways.

Pray for our Huichol friends who have been expelled from their community for being Christian, that God would continue to deepen their faith and that they may be a light to other Huicholes.

Pray for the closed Huichol community and the authorities that their hearts would be softened to Jesus and that there would be a movement of the Spirit causing many people to follow him.

The GAF provides important supporting services for us to be on the team. All donations are tax deductible.  Make cheque payable to “C&MA Canada”.