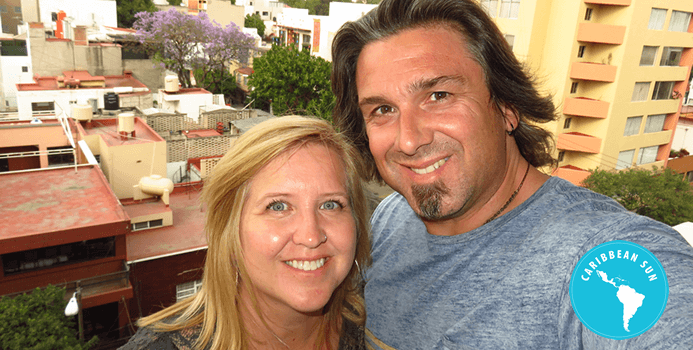 Ray grew up in Alberta, in a Christian family with two brothers. At the age of 17, he fully gave his life to Christ. Three days later, he knew he was being called by God to work with youth. After graduation, he went to Regina to study at Canadian Bible College.

Cindy also grew up in a Christian family in Alberta. Her father was in full-time ministry, either as a pastor or working at Bible colleges. She had a personal experience with God at a young age, but it wasn't until she graduated from high school that she decided to fully commit to living her life in obedience to Christ. Ray and Cindy met at Canadian Bible College in Regina, SK, and were married in 1991. After graduation they started a family and began full-time youth ministry, serving for 22 years in churches in Alberta and Ontario. They have been passionate about working with students, young adults, youth leaders, and short-term missions teams, and they have had the privilege of their kids come through their youth ministry and become leaders in that ministry with them.

The recent move to Mexico City to work with Envision has been an exciting opportunity for Ray and Cindy to continue to work in the areas they are passionate about while journeying with people who are on a short term missions experience, an internship or an apprenticeship.

Journeying with people so God’s heart for others deepens in them; resulting in 10% going full-time ministry and 90% being invested lifelong in ministry. We long to see people transformed as they share God's love cross-culturally. Consumed by the Great Commandment, Compelled by the Great Commission, Completing our Kingdom Calling. In every effort, discipling people to be a transforming presence among the least reached.

If you are interested in participating in a short-term team, an internship, or an apprenticeship, you can do so through Envision Canada (envisioncanada.org)

We work with multiple LRPG's.

We would appreciate prayer for: our continued language development; wisdom and creativity as we plan for teams, interns and apprentices to come to Mexico; God's care for our family as we are far away from them.

To sign up for our monthly updates and prayer requests send us an email at: raycindy@hostedsys.ca