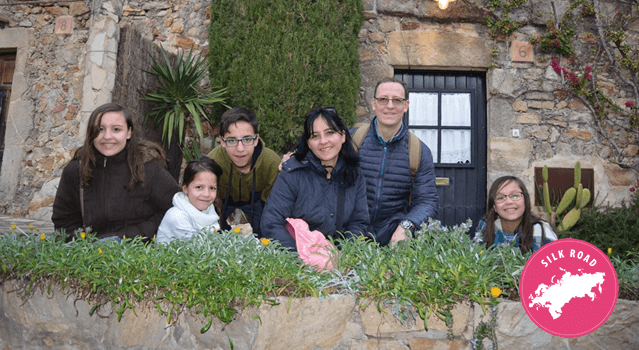 We exist to love and honour Jesus, building His Kingdom in hope of His second coming, and to develop a network that will set Jesus as the living centre of the community. We identify four key cornerstones in presenting Jesus organically: Teaching biblical values by modeling them, holistic healing, developing community through therapeutic discipleship, and efficient stewardship of resources. We are developing a ministry called Olivo Verde (Green Olive tree) that summarizes these values.

Pablo and Silvina and their four children are a multicultural family, with Argentinian, Canadian, and Italian backgrounds. They were originally born in Argentina and were living in Canada when the Lord sent them to the nations. They are now in Spain and love the people in this country.

Pablo was raised in a family in which his dad was a believer. He met the Lord at the age of six during Sunday School. He clearly felt God calling him to missions at the age of 17. Later on in life, God opened the doors to fulfill his calling.

Silvina was raised Catholic, and at the age of 19 she moved to Cordoba, Argentina, to study teaching. In the loneliness of this transition, she met the Lord through Campus Crusades for Christ (now called Power to Change). She started serving the Lord in the local church and then met Pablo on a Sunday service. They decided to start a Christian family and serve God together.

Pablo went overseas to fill a role as an accountant in the field. As he served in this role, he started preparing for ministry. Silvina was serving in children’s ministry when God opened the doors for her to serve Him overseas.

They now live in a small town in the province of Madrid, Spain, where there is a lot of history and a unique culture. There are many young families in their neighborhood, mostly of Spanish origin.

They can see that the civil war, eighty years ago, still influences the culture of the people today. The ideologies of the main groups confronted in the war are still represented in the political parties. The Catholic Church supported the dictatorship, generating a great deal of rejection of God from part of the population. The words “God” and “Jesus” do not have the same meaning of the love and salvation that is shown in Scripture.

They enjoy seeing God’s creativity in the cultures that they come across. At the same time, they like to dream of transformation that could move the culture from a secular worldview to a Biblical worldview.

Serving as international workers (IW) over the years has developed a multicultural worldview in them that is sometimes challenging.

Pablo and Silvina are working on developing a network of prayer. Intercessory prayer teams will be of great help in creating an environment of love and healing in this community and this country. Teams that would like to be involved in prayer and evangelism are welcome to come.