Passing on the Legacy of my Heritage: Gaileen Warden 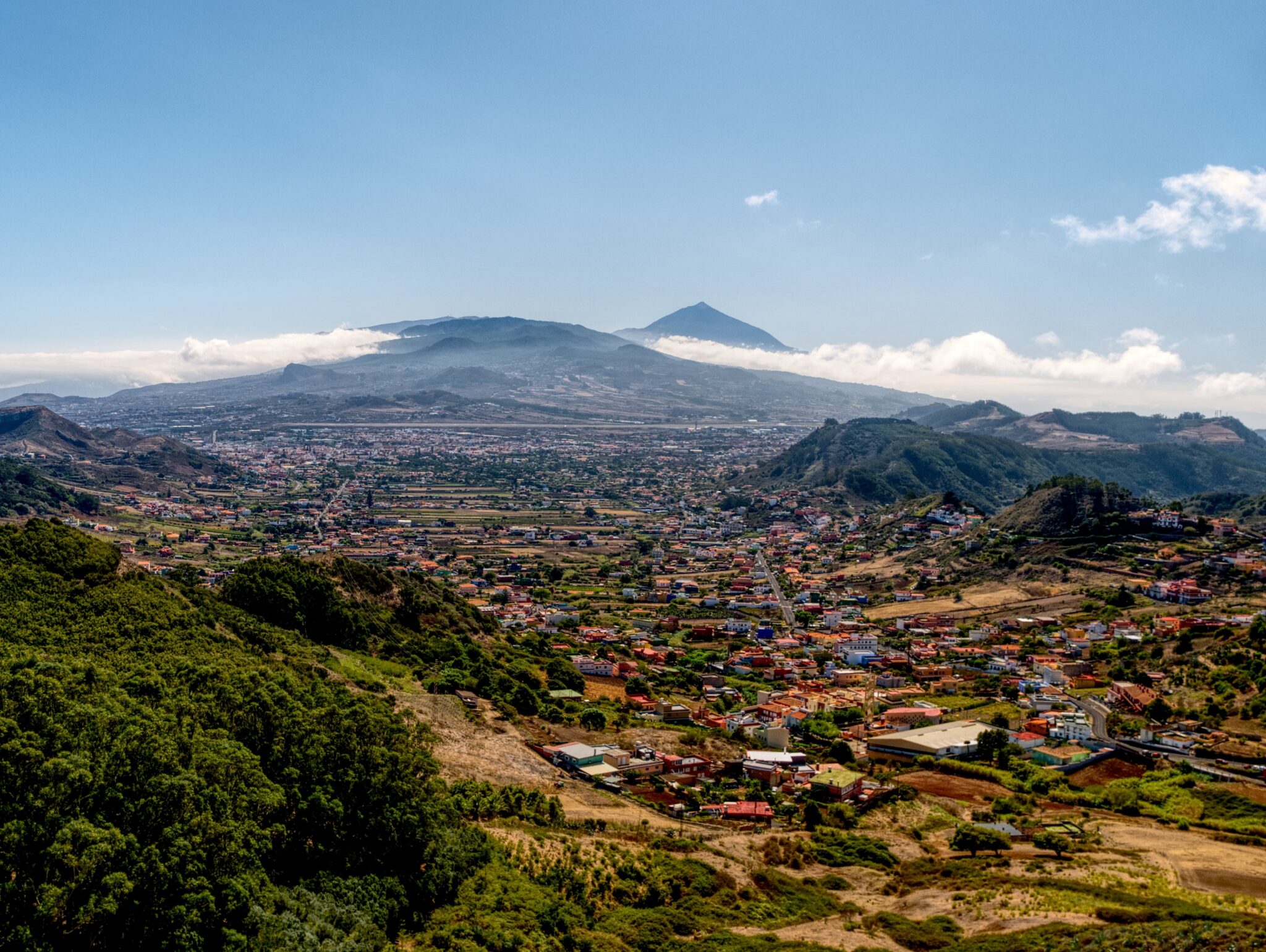 My goal in life was to become a missionary, a goal I had since I was eleven years old. I had dedicated my life to the Lord at a missions week at an Alliance church in Burnaby, British Columbia. Coming from a missionary family, we had been instructed in God’s Word through family devotions. We prayed for missionaries, friends of my parents from Bible college who, like us, had spread all over the world. In our early teen years, my dad had purchased youth devotional books so we could start doing our own personal devotions. We had faithfully attended Bible-believing, missions-minded churches. My home life was happy, and I was doing well. Entering into Bible college after high school was the next step on my road to the mission field.

So why was I feeling so dejected as I listened to the testimonies? Though I thanked God for rescuing and saving these new friends and bringing them to Bible college, all I could think was, Wow, I don’t have an impressive personal testimony like them…mine is boring…saved at the age of five and a half, dedicated my life to the Lord at age eleven, daughter of missionaries… In my imagination, people were yawning with boredom at my testimony. A few days, I felt down about this until the Lord broke through my wrong thinking and I repented. I began to thank Him; He had saved me from so many sad and painful events by saving me at such a young age. This had been God’s sovereign plan for my life. I had a rich and blessed heritage and legacy for which to be thankful. God met me during this spiritual crisis, but it would not be the last time I faced this issue; it would show up again in my career as an international worker.

In church planting overseas, I learned one must be willing to be stretched, especially in the first stages of starting a church. Although one may have a spiritual gift or a passion for particular ministries, one must be willing to help out wherever needed until nationals are trained to do those ministries, like in children’s, youth, and worship ministries. This was true for me. Not only did I help by accompanying on the keyboard, but I also had to lead the worship team while playing the keyboard at times. Then I decided I would introduce Christmas cantatas in the churches. I translated several cantatas over the years and incorporated people from the Alliance churches in the choirs, using CD orchestration accompaniment for each cantata. These were very popular in our churches. My early training in music, and fluency in Spanish, were another part of my legacy.

As I look back on my years in the first Alliance church in Caracas (1988 to 1998), I can see God’s hand in preparing me for future ministry and preparing Venezuelans for future ministry. My colleague, Rebecca, and I had a ministry to single women in the church. Many women were alone, single (never married), single with children, divorced and/or widowed. We provided fellowship and teaching to this group. Many of the women later became leaders in the church in various areas of ministry. One woman returned to her native Colombia and served the Lord in an Alliance church in Bogota in children’s ministries. This passion had been ignited in her because of the training she received in our church in Caracas.

Little did I realize the Lord had a major shake-up for the Alliance international workers and the Venezuela Alliance National Church. Not only was the political scene changing in the country with the election of Hugo Chavez in 1999, but the Alliance church scene was stagnating in their church planting. Though the National Church had tried to do their own church planting, most of those attempts had failed. Of the ten churches that existed, the Alliance missionaries had started all but about two. The Bible Institute was also mostly run and supported by the Alliance mission. It was time to “cut the apron strings.” Though it was not an easy decision, God was in it; He was still in control.

The Venezuela Alliance stepped up to the plate and continued moving forward. Since 2009, there are sixteen churches, six of which are new church plants. Two Alliance churches are being led by non-Venezuelans, though they are the fruit of the Alliance ministries in Peru and Chile. These two churches have been in Venezuela for about fifteen to nineteen years. The other fourteen churches and church plants are pastored by Venezuelans, most of whom were trained in the Venezuelan Bible Institute. Unfortunately, Venezuela’s current political and economic chaos has placed a hardship on the churches and the pastors. Over the six mentioned, some new church plants could not continue operation because of lack of economy to support them.

The Bible Institute (IBAVEN) has continued with the help of Venezuelan Alliance pastors and visiting Peruvian
professors. In recent years, the Alliance Seminary in Peru has played an essential role in Venezuela. Professors from Peru started travelling to Venezuela in 2014 to lead classes every three months, but during the pandemic in 2020-2021, they have been giving online courses to 55 students. There are currently 72 students registered in the Bible Institute.

Ana’s life before she gave her heart to the Lord Jesus Christ was full of brokenness and sadness. As a child, she was sexually abused by an immediate family member; as a teen, she was raped by a boy in school. Her longing was for a loving, caring relationship with someone. Instead, living in fear of the family member’s harassment led her into marriage at a very young age to escape further abuse. She had longed for the protection of her father but could not even tell him about what the family member had done. To make things even worse, her father committed suicide soon after Ana left home.

Though her husband truly valued and loved her, Ana’s life did not significantly improve. Her husband was addicted to gambling—any kind of gambling—and tended to drink excessively. He would often get into fights and come away with injuries.

Ana came to faith in Jesus after the birth of their two sons. She became an active member of the local Alliance church and her sons also came to faith in Jesus. Ana prayed fervently for the Lord to save her husband. The Lord answered this prayer after she had been praying for him for many years. The transformation in her husband’s life is a beautiful testimony of deliverance from his addictions.

Today “Ana” and her husband Ricardo have studied in the Cuban Bible Institute and are pastoring a church in Central
Cuba. “Ana” also went through the Developing a Discerning Heart course in 2012 and experienced deep inner healing as she came to realize her worth in Christ. She knew she was forgiven and could now extend that forgiveness to those who had hurt her deeply. Three years ago, she was elected to serve as the Treasurer of the Cuban Alliance National Church Board.

My greatest desire was to minister to the wives of pastors and church planters who so desperately needed a touch from the Lord in their inner being. This is why we began the women’s ministry for the Alliance in Cuba. Here is what I wrote in a vision statement for the Canadian Alliance office:

“The purpose of the women’s ministry is to strengthen wives of pastors and church planters spiritually through mentoring and training, so that they in turn can do the same with their women leaders and the women in their house groups and communities. Many of these leaders of house groups have felt inadequate to minister to other women because of deep needs and hurts in their own past. The goal is to establish a strong women’s ministry in the country so that marriages and families will not only be strong but healthy, serving as a testimony to a society where most marriages and families are highly dysfunctional.”

To help accomplish this, I was able to have an excellent course translated into Spanish dealing specifically with personal sanctification through the process of inner healing, called Developing a Discerning Heart (DDH). It was written by women for women by Entrust Ministries. I was also able to get the Entrust Ministries course, Facilitating Relational Learning (FRL), translated and used it to prepare facilitators for the women’s ministry, and for pastors in the Cuban Bible Institute. God had allowed me to study both of these courses in the USA before I left for Cuba in 2010.

Many of the women who have gone through these courses have testified how their lives have been transformed. They also say their marriages and families have been impacted by this transformation in their lives. The Alliance Women’s ministry in Cuba grew during the ten years I was there. I left Cuba in July 2019 to begin retirement in January 2020. There are some excellent women leaders in Cuba who have committed themselves to continue the work with women as part of the National Women’s Leadership Team carrying on this ministry across the Island, led by Leslie (Lili), the wife of one of our pastors in Havana. I have been working with and mentoring her since my first year on the Island. The interest in our courses and our ministry to women has extended beyond the Alliance in Cuba to other denominations.

Another way we blessed and encouraged the wives of pastors and church planters in Cuba was to hold retreats for them. We held these for five succeeding years, beginning in 2013. Alliances churches in Canada participated in four of these by sending short-term teams of women to minister and help with some expenses for the retreats. Teams from Canada and IWs from the Caribbean Sun Region also came to help with women’s leadership training sessions.