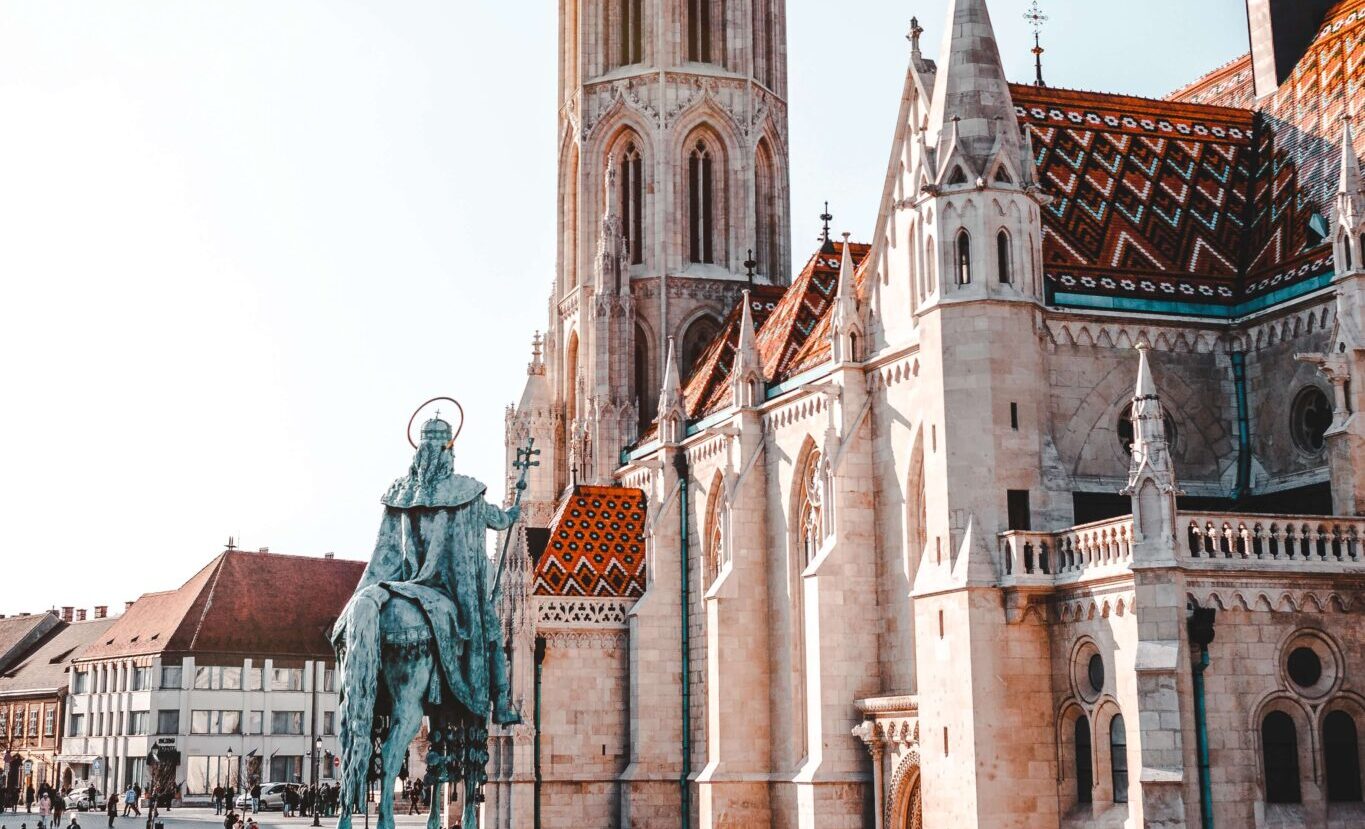 From my perch in the little café on the town square, Piata Unirii, I watch people shuffle past clutching cheap burlap carry-bags, probably hoping to find bread in the shops. I was there as instructed on the itinerary I had memorized and then flushed down the toilet on the Austrian Air flight to Bucharest. It said someone would meet me at 5:00pm on the town square in Cluj-Napoca, between the old church and the bronze statue of Matthias Corvinus, King of Hungary, mounted on his horse.

At 5:00pm sharp, I stand beside the statue; a man walks behind me and whispers my name. I follow him without a word, always at a distance. A block ahead, I see him throw his bag into the open trunk of an idling car, climb in, and motion for me to do the same. The driver nods as though he is expecting these passengers. He leaves the city centre and drives for ten minutes, slowing in front of a tall block of flats. At a signal from some window high up in the building that all is clear, we leave the car, stumble up the unlit stairwell to a door standing open on the fourth floor. Unceremoniously, we are pulled into a dimly lit room deeper in the apartment where men are gathered for their evening class.

I am here on behalf of the C&MA (Canada) to explore involvement with the underground training program for pastors. As the evening unfolds, the reason for my presence―my potential involvement as an itinerant teacher―is explained to the men. I see the surprise in their eyes as they hear this news. I feel an audible gasp from Lucia, the daughter of our host when she learns why I am here. She is filled with questions. Rather than become a distraction, once the men return to class, I suggest we go to the kitchen to talk.

When the kitchen door swings shut, Lucia asks breathlessly, “You went to seminary and studied the Bible with men? Miriam, these pastors cannot imagine a woman teaching them anything, especially the Bible. They will never be willing to learn from you. Why don’t you do something similar with women?” I will not see Lucia again for thirty-five years.

During the eighties, six courageous women in Oradea gathered regularly to study the Bible with women from Vienna who came to teach. The group gathered, always watchful for the secret police in the street. Sometimes, across the street from the apartment block where we met, they’d see a man sitting in an unmarked car or someone wearing dark glasses leaning up against the building as if to make his presence obvious. If you saw anything suspicious, you would continue walking, circling back later to see if it was now safe to enter the building where we were meeting.

Nearly every time we met, I would take a folded, metre-square piece of butcher paper from my suitcase. The women would gather around as I drew a circle in the middle of the paper and wrote my name in it. From that circle emanated six spokes; at the end of each spoke was a circle in which I wrote the name of one of the six women in the room.

The women knew what the diagram was about. It was the Apostle Paul’s strategy for multiplying leaders. To his disciple, Timothy, he said, “Whatever you heard me teach . . . pass along to trustworthy people who have the ability to teach others too” (2 Timothy 2:2, VOICE). We saw three generations in Paul’s plan. “Who are the trustworthy people (women) to whom you will pass what you learn in this group?”

It was a plan for multiplication, maybe the only way to train the next generation in this repressive, Communist country, where engaging in any form of church education with younger people was a crime against the state. I would press them to tell me who was in their second-generation groups. It was a rigorous form of accountability with the women. Nicoleta was in that first group that began in 1985, and Ica was in one of the groups Nicoleta formed near the end of the 80s. Ica invited Viorica to join one of the groups she formed in the early 90s, a third-generation group. This evening I will meet many of the women from Viorica’s study groups, the fourth generation.

Ministry in the underground church in Communist Europe satisfied one of my lifetime passions, the suffering church around the world. I grew up praying for the millions in our world who intensely suffer because they follow Jesus. That passion was nurtured in me from my birth in southern China (1949), as the regime of Mao Zedong came to power. In my first two years, we were house prisoners of the newly established Communist regime. My father grew up in China. It was, even then, the world’s largest mission field. Every day my father would go to the authorities to ask if our family had been cleared to leave China, fearing each time that we had become objects of unfounded extortion. After many months, the day finally arrived. We were given twenty-four hours to leave, part of the “reluctant exodus” of 1951, one thousand missionaries forced to leave China in a single day! My father’s eyes always filled with tears when he told his children about that day. A handful of Chinese Christians had the courage to gather around us to say goodbye. They didn’t know that the church in China was entering a period of unprecedented suffering under Mao.

I was a baby in my mother’s arms when my parents and their three children walked to the outskirts of Siangyun, southern China, with just the clothes on our backs. Mother flagged down a truck loaded with oranges, and with me in her arms, she pulled another toddler, a seven-year-old, and her invalid husband onto the pile of fruit. We began to hitchhike across southern China – a journey to Hong Kong that took several weeks, a journey that would eventually end in Canada.

Passion #3 – Mobilizing and Equipping the Next Generation

In 2004, I was invited to join the faculty at Trinity Evangelical Divinity School (TEDS) in Deerfield, Illinois, to give direction to the Ph.D. program from which I had graduated. I moved in 2006, soon realizing this position opened strategic doors for working within my third passion – investing in the next generation. Two aspects of the invitation were particularly appealing to me as the years at Trinity unfolded:

The years at TEDS were pressured years attempting to balance the demands of scholarship with my secret passion of mentoring the next generation of educational leaders. I wrestled with the expectations to publish so as to achieve tenure when I was surrounded by so many students wanting nothing more than someone who could help them think through educational strategies and structures for their unique educational context. When reflecting on the relentless and understandable pressure to write books and papers to achieve tenure, I was once quoted that “some people write books ― others write in the lives of students, some invest in institutional change.” It was not an “either/or” decision, but when forced to choose, I found myself gravitating to the investment in people, helping them in their processes of navigating institutional change.