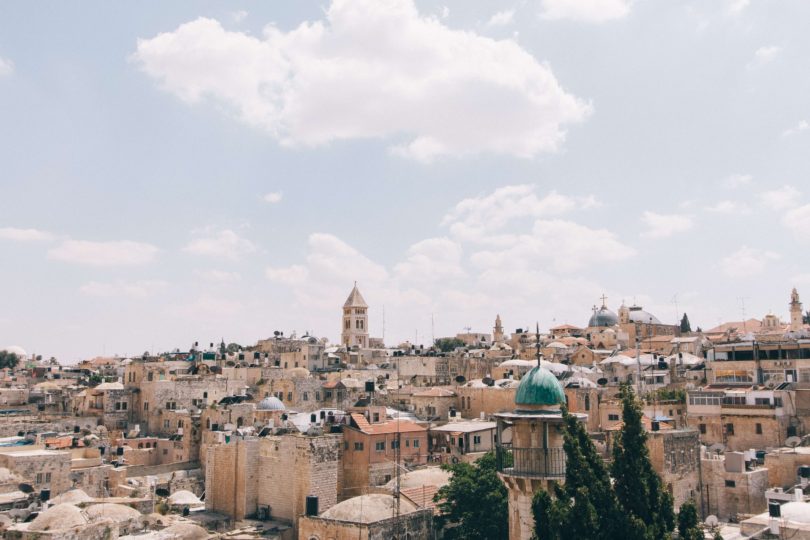 “But you will receive power when the Holy Spirit comes on you; and you will be my witnesses in Jerusalem, and in all Judea and Samaria, and to the ends of the earth.” Acts 1:8

Thank you for making this possible through your giving to the Global Advance Fund.

Clara, an International Worker (IW), had been asking God for a way to share Jesus with her friend, Seher. In His faithfulness, God answered that prayer with much more than Clara had imagined. Six months ago, God opened up doors for Clara to practice English with Seher’s daughter through the parables of Jesus. Following the Holy Spirit’s prompting, Clara also suggested sending these passages, in the language of Seher and her daughter, to Seher each week so that she would see what her daughter and Clara would be dialoguing over. Throughout these months, Seher would learn from the weekly Bible passages and her daughter would tell of the incredible peace she felt whenever Clara talked about God.

As Clara continued to allow the Holy Spirit to lead her prayers, God brought her to Cornelius in Acts 10 and showed her the similarities Seher had with Cornelius. Seher is a devout woman who fears God, prays continually, and gives generously to the needy. She had two vivid dreams of Jesus and had been very open to praying with Clara. Seher is also a Muslim who doesn’t yet know Jesus, just as Cornelius was before an angel of God appeared to him and sent for Peter. Clara believed the Lord had directed her mind to Cornelius for a reason and she prayed for God to lead Seher to Himself just as He did for Cornelius. Clara asked God to speak to her in supernatural ways as He did to Peter, to show her what to do and how to communicate with Seher.

Although no angels appeared to Seher before her next meeting with Clara, the Spirit of God, however, came upon her heavily during their conversation together, causing a deep conviction of her sin of judging others. It was like a weight on her that prepared and opened her heart to listen with humility to the good news of the cross.

Clara continues to share with Seher about who God is, as the Spirit leads her conversations.

Pray for Clara to continue to be sensitive to the Spirit’s prompting and for God to do more than she can imagine.

Pray for Clara’s ongoing conversations with Seher. Pray for God to work in Seher’s heart and that she will be receptive to the truth.

Five years ago, God called IWs Bonnie and Derek Burnett to start an international church in Phuket. While the Burnetts had served in Thailand for a number of years, launching an international church on the island would be a new experience. Although they didn’t know how it would all work out, they obeyed with a willing heart knowing this was what God wanted them to do. When they arrived in Phuket, Derek and Bonnie often found themselves waking up asking God, what do they do next? As the days went by, God would bring people, neighbours, friends of friends, and even strangers to them, placing each needed connection to start this church. From the launch to now, this international church (All Nations Church) in Phuket has served hundreds of people in and out of the island because individuals were willing to listen and obey the Spirit’s prompting.

Pray for the leadership team at All Nations Church in Phuket as they discern God’s direction and make decisions on how to share the love of Jesus with the people on the island.

Pray for the Life Groups (or small groups) at All Nations Church, that the majority of people would find one that fits and for the leaders to know how best to care for their members. Pray for sound Bible teaching and unity.

LifeHouse Community Church recently celebrated its first birthday. Todd and Julie MacGregor first planted this church with an “I don’t know what I’m doing” feeling. They continually needed to de-program themselves from any preconceived notions of how to do church so that their community could grow out of how God is specifically leading them.

LifeHouse’s willingness to stay formative and sensitive to the Spirit’s specific movement among them has led to fresh endeavors like their G2 strategy, an in-house developed plan for sharing the gospel with their surrounding community. Now with more than 45 people in their growing community, they continue to listen to God to best reach people in Greater Fort Erie, Ontario, one relationship at a time.

Pray for God’s continued hand of favour and guidance on LIfeHouse. Pray that many community members at LifeHouse come to a clearer understanding of what the gospel is and have their faith deepened as they study the gospel.

Pray that as the community of LifeHouse meets corporately to dialogue, strategize, and pray, God would birth in them a specific and anointed gospel plan for their surrounding community and give them a deeper unity around this cause.

The dynamic of the C3 Alliance Church in Mexico City has drastically changed in the past few months. Something is happening in the spiritual realm that is leaving people spiritually hungry. At the end of last year, a man with no prior church background showed up at C3. The pastor shared with this man what the church was all about and, on that same day, he made a commitment to follow Jesus. This man continues to be discipled in God’s word within the C3 community today.

The Holy Spirit is on the move and is working supernaturally in the people of Mexico City. There were over 25 individuals that responded to a recent invitation at C3 to go deeper, committing themselves to meeting weekly, sharing how God has been speaking to them, holding each other accountable, and praying for each other.

Praise God for what He is doing and continues to do at C3, drawing many to Himself with great hunger.

Pray for continual wisdom for the leadership team of C3 as they move into many new things and rely on Him to guide their every step.

Moses’ journey of faith began December 2016 when he was visiting his family in the village where our IW, Kristi Hopf, resides. Moses was sick, and in the middle of one night, Kristi went to the family’s hut with her ministry partner and saw Moses burning and shaking with a high fever. Moses’ family was used to paying money for prayers from their religious leader, but that night taking no money, Kristi and her partner prayed for Moses in Jesus’ name in the midst of his family and neighbours.

Since that day, Moses has been coming out to listen to the Bible stories and engaging in discussions whenever he is in the village. Recently, he has been talking to our IWs about how to follow Jesus.

Praise God for this new brother in faith and the work that God is doing in Moses’ life.

Pray for Moses that he would stand strong in his new faith, pray that the Holy Spirit would guide and direct him in the days to come.