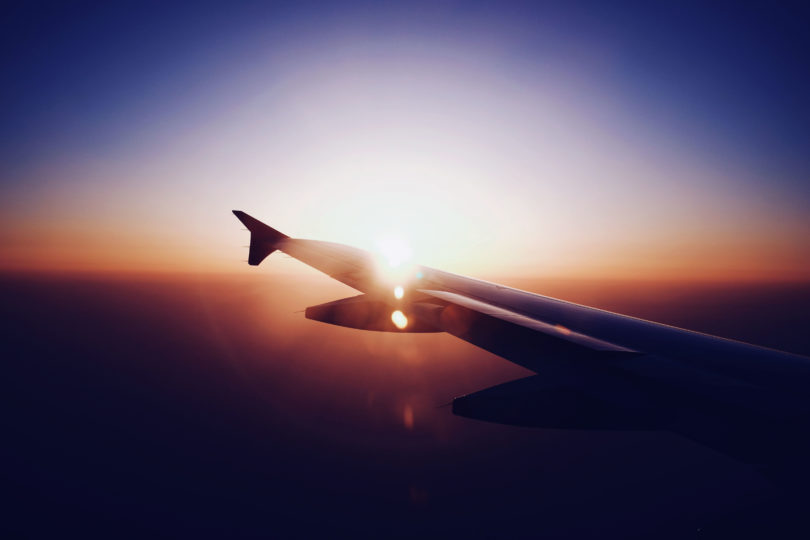 A few months ago, while returning to Canada from an international trip, my wife, Agnes, and I missed our connecting flight in South Korea, which meant that our trip home would end up being much longer than we had anticipated. Feeling somewhat frustrated, we settled in for the extended journey. Agnes, sensing symptoms of a head cold, put a few drops of oil of oregano (her favourite natural remedy) on her tongue, and in an instant, its strong fragrance filled our section of the plane.

One of the flight attendants, Jessica, walked by and asked Agnes, “Is that oil of oregano?” Agnes smiled and answered, “Yes, I think I have a cold coming on.” Jessica asked, “What do you suggest for a migraine? I’ve had one for two days, and I’m in a lot of discomfort.”

Without hesitation, Agnes declared, “The best cure I know for a migraine is prayer. My husband would be delighted to pray for you!” Suddenly, I found myself at the centre of this conversation. I asked Jessica if it would be okay with her if I prayed. She readily agreed. I held her hand and felt a strong sense of God’s presence. I prayed, “Dear God, I am asking You to heal Jessica and take away her headache immediately. Remove the pain and bring her relief.” I felt an inner confidence that God was answering my prayer, that in the mystery and majesty of His grace, He had set in motion a divine intervention—He had even delayed a flight to bless a young woman in discomfort!

The book of Daniel includes a life-and-death drama that displays the power of prayer. After Nebuchadnezzar, king of Babylon, had had a dream that troubled him, he told his counsellors that if they didn’t tell him what the dream was and interpret it, he would have them killed. The counsellors were unable to do what the king had asked; in response, he ordered the execution of all the wise men of Babylon. When Daniel learned of this, he “went in to the king and asked for time, so that he might interpret the dream for him. Then Daniel returned to his house and explained the matter to his friends Hananiah, Mishael and Azariah. He urged them to plead for mercy from the God of heaven concerning this mystery, so that he and his friends might not be executed with the rest of the wise men of Babylon” (Daniel 2:16-18).

God miraculously intervened and gave Daniel the precise details and interpretation of the dream, and Daniel and his friends were not only saved, but also elevated to positions of high authority in this pagan country. Daniel became a spiritual influence on three powerful kings.

God continues to reveal the transforming power of prayer today. Alliance Pray! is a catalytic movement to equip and mobilize prayer to enable Christ-centred, Spirit-empowered, Mission-focused living. Starting this month, the team is facilitating the Transform! Prayer Course, a weekly online course designed to engage the people and churches of the Alliance in the deeper life through prayer. If you’re interested in discovering more, visit alliancepray.ca/transform-prayer-course. Friends, we may have no idea what God will do with our lives if we are willing to identify ourselves as a praying people who expect God to answer! As we enter into a new year of Kingdom-advancing opportunities, may we take a posture of courageous prayer and bold faith. E.M. Bounds states, “A revival of real praying would produce a spiritual revolution” (Praying with Purpose, 83).

A few minutes after praying for Jessica, with the aroma of oregano still in the air, I decided to walk to the back of the plane to see how she was doing. She said, “This is incredible!” Her migraine was gone, and she was absolutely amazed. Jessica was stunned by not only the supernatural power of God to heal, but also the fact that He cared about her situation. Prayer changes everything; it invites the presence and power of God into a situation.

May our Christ-centred, Spirit-empowered, Mission-focused prayers of 2019 become a delightful fragrance around the throne of God—perhaps like the oil of oregano at 39,000 feet.