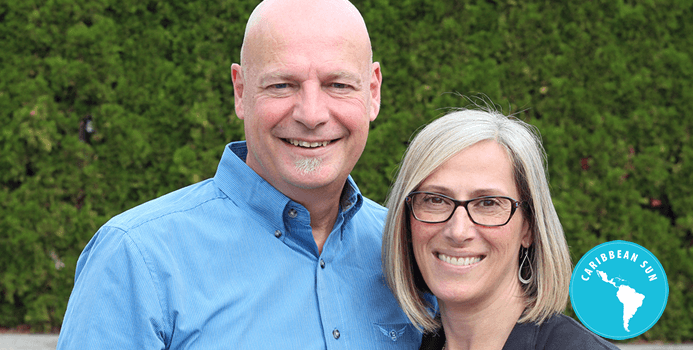 Murray and Michelle met at Camp Arrowhead in British Columbia when they were both teenagers. They were married in Kelowna, BC and both graduated from Canadian Bible College (CBC) in 1986/1987. Their sons, Mitch and Myles, were born while they were pastoring at Kilcona Park Alliance in Winnipeg (1987-1992). Their daughters, Mikaela and Mattea, were born in Guadalajara, Mexico during their second missionary term (1997-2001). The Derksens have raised their family in Canada, US, Mexico, Egypt, and Costa Rica, making them a multi-lingual, multi-cultural family. Both Murray and Michelle grew up in Alliance homes and decided to follow Christ at young ages. Murray received a specific call to missions in 1980 and Michelle’s call has been to serve the Lord in whatever he asks her to do. They both prepared for ministry at CBC and at Canadian Theological Seminary (CTS). Their first pastorate was at Kilcona Park Alliance Church in Winnipeg. They attended CTS before heading to language school in Texas, which prepared them for a church-planting ministry in Guadalajara, Mexico. They pastored in Guadalajara from 1993 to 2001.

From 2001 to 2004, the Derksens were the District Missions Consultants for the Canadian Pacific District. During that time, they sensed the Lord leading them to Cairo, Egypt where they spent the next four years. In 2008, they were asked to return to Latin America as the Regional Developers and continue to hold this position. Although they currently live in Canada, God has repeatedly proven himself to be faithful through years of service in various countries, ministries, and significant health challenges.

As the Regional Developers, Murray and Michelle oversee all the work of the C&MA in Canada in the Caribbean Sun region, including forty international workers and liaising with the 1,500 C&MA churches spread out over the continent. This also requires serving on the Global Ministries Leadership Team as well as be in partnership with the Canadian districts and many like-minded organizations with similar passions. The Caribbean Sun region has 500 million people in it, 300 million of which are under the age of 30. Although most of the region would be of a Catholic/Christian background, much of it has been nominally Christian. There has been significant moves of the Spirit in this region, and the Gospel has penetrated many countries and people groups. The C&MA in Canada’s focus in the region is to reach those parts of the continent that have not yet experienced a strong move of God’s Spirit, and we are seeing some great results. After 100 years of work in this continent, The Christian and Missionary Alliance is now seeing nations becoming senders – forming part of the church that sends workers out to the other unreached nations.

1. Mexico City is a city of over 22 million people. We have a variety of projects there from church planting, to education (BridgeWay), to compassion ministries, to business as mission, to international churches.

2. There are millions of Han Chinese living in the Sun region. We are focused right now Cantonese speaking in Panama, Aruba, and Martinique. We are also pioneering a work among Mandarin speaking professionals in Mexico City.

3. Equipping Latin American missions candidates is high on our priority list. We do this through Samuel House – a 10 month intensive internship program in a place where there is a high concenration of nationalities from Muslim, Hindu, and Buddhist backgrounds.

Pray that the national church entities in Latin America will listen to God’s call to be highly involved in the global harvest, with a focus on least reach people groups.

Pray that we will stay focused on the least reach people, as well as the most neglected people in the region.

Pray for ongoing health and vitality for all international workers in the Caribbean Sun region.