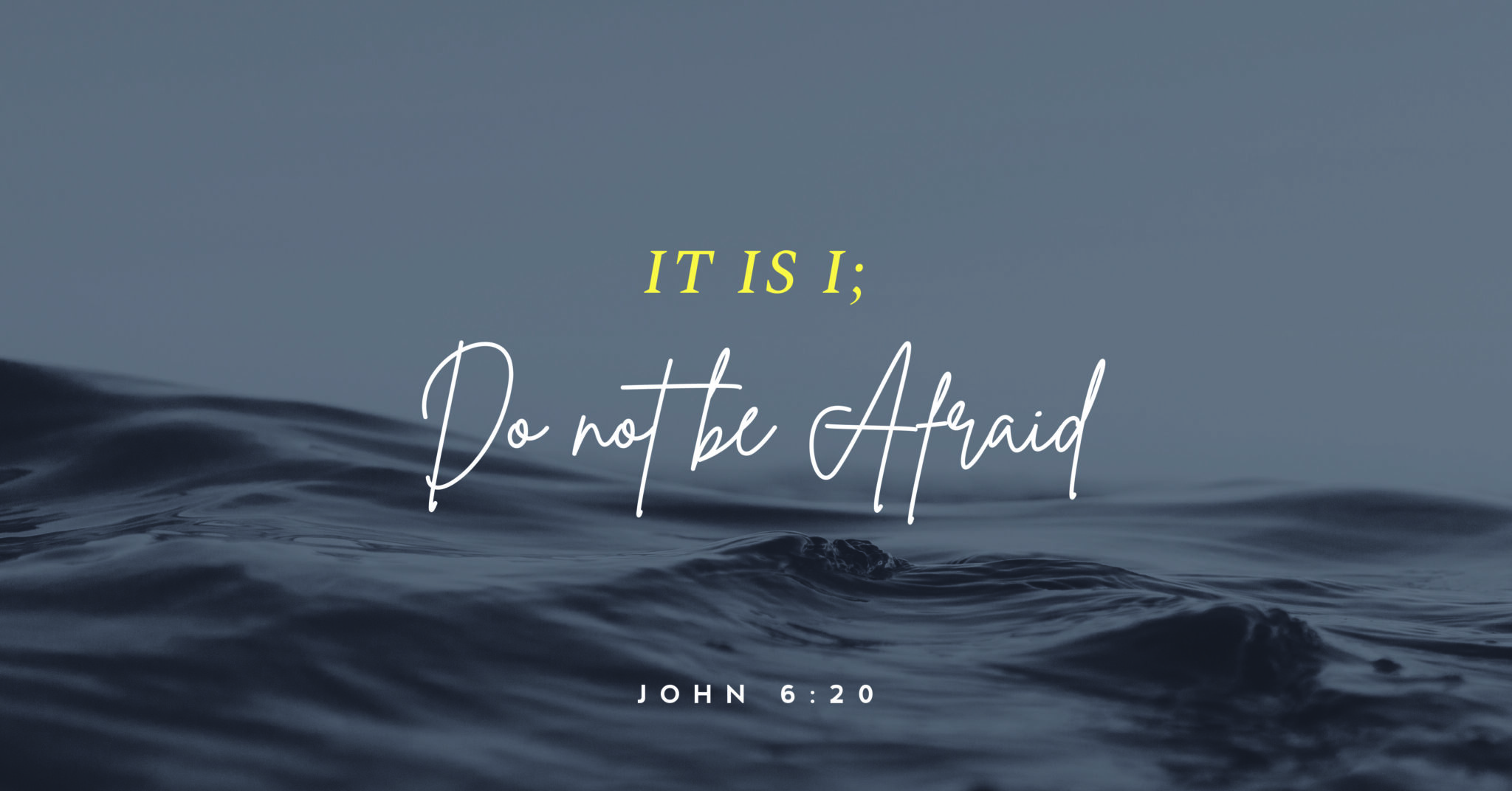 Some time after this, Jesus crossed to the far shore of the Sea of Galilee (that is, the Sea of Tiberias), and a great crowd of people followed him because they saw the signs he had performed by healing the sick.  Then Jesus went up on a mountainside and sat down with his disciples. The Jewish Passover Festival was near.

When Jesus looked up and saw a great crowd coming toward him, he said to Philip, “Where shall we buy bread for these people to eat?”  He asked this only to test him, for he already had in mind what he was going to do.

Philip answered him, “It would take more than half a year’s wages to buy enough bread for each one to have a bite!”

Another of his disciples, Andrew, Simon Peter’s brother, spoke up, “Here is a boy with five small barley loaves and two small fish, but how far will they go among so many?”

Jesus said, “Have the people sit down.” There was plenty of grass in that place, and they sat down (about five thousand men were there).  Jesus then took the loaves, gave thanks, and distributed to those who were seated as much as they wanted. He did the same with the fish.

When they had all had enough to eat, he said to his disciples, “Gather the pieces that are left over. Let nothing be wasted.” So they gathered them and filled twelve baskets with the pieces of the five barley loaves left over by those who had eaten.

After the people saw the sign Jesus performed, they began to say, “Surely this is the Prophet who is to come into the world.” Jesus, knowing that they intended to come and make him king by force, withdrew again to a mountain by himself.

When evening came, his disciples went down to the lake, where they got into a boat and set off across the lake for Capernaum. By now it was dark, and Jesus had not yet joined them. A strong wind was blowing and the waters grew rough. When they had rowed about three or four miles, they saw Jesus approaching the boat, walking on the water; and they were frightened. But he said to them, “It is I; don’t be afraid.” Then they were willing to take him into the boat, and immediately the boat reached the shore where they were heading.

The next day the crowd that had stayed on the opposite shore of the lake realized that only one boat had been there, and that Jesus had not entered it with his disciples, but that they had gone away alone. Then some boats from Tiberias landed near the place where the people had eaten the bread after the Lord had given thanks. Once the crowd realized that neither Jesus nor his disciples were there, they got into the boats and went to Capernaum in search of Jesus.

It was one of those incredible days! 5,000 men—plus women and children—were sitting on the grassy hills overlooking the city of Bethsaida. It was a huge crowd. As recounted by John, the people had followed Jesus having seen the miraculous healings He had performed, and they had a longing to see more. While the masses were gathering, Jesus came near to His disciples asking where they could buy bread to feed all the people. What a question! Philip quickly responded that they had nowhere near the amount of money it would take to provide food for everyone. Andrew spoke up and identified—while a rather meager offering—a boy had five small loaves of bread and two fish. This was enough for Jesus. With those loaves and fish, He offered a word of thanks, and then the greatest food distribution of all time unfolded. One can only imagine how long it took to feed all those people. The crowd was not merely witnessing a miracle but were active participants in the miracle. On top of it all, there was an abundance of leftovers.

At the end of this amazing day, Jesus retreated to the mountain to be alone, while the disciples got in their boat to head across to Capernaum. Even though they were skilled men of the sea, the winds began to blow, and the waters became dangerous to navigate. They were exhausted from the earlier events, and now a storm raged on and they were overwhelmed with fear. Into this scene, Jesus once again came near his disciples. “It is I; don’t be afraid” (John 6:20). While it was dark, and they could not see Him on the water, the disciples recognized His voice and brought Jesus into the boat with them. As they safely reached the shore another miracle had unfolded in their midst.

Reflecting on these two stories, I am challenged to ponder two Kingdom truths Jesus was endeavoring to make known to His disciples and to the crowd and that He desires to reveal to us now today. He alone can meet the needs of the moment. So often I respond quickly with good reasons why something is not possible; however, Jesus alone has all the resources that are necessary to provide with abundance and to calm with power. I need to come to Him with the little I have and allow Him to multiply. Secondly, Jesus invites us to not only be onlookers to the miracles He desires to perform but to be the actual participants and to experience His divine nature in all its fullness and strength. The challenging circumstances of our lives sometimes result in feelings of anxiousness and fear. We begin to doubt whether we are even worthy to be recipients of a miracle. As Jesus did with His disciples He does with us today, He comes near. By His Spirit, we hear those same words today, “It is I; don’t be afraid” (John 6:20). The miracle you need is my presence with you—I am always here.

A few years ago, I had the privilege of being on a boat at dusk on the very waters the disciples sailed that night. We traveled from Capernaum to Tiberius and I felt the winds blow. I remember looking towards the countryside hills and being reminded that this was the very place Jesus lived and walked. How wonderful to ponder the accounts that we read now in the Gospel of John. These stories can be alive for us today. We can step into the miracle of Jesus presence ever with us. Now that is an incredible day!

God, thank You for making things possible that we label as impossible. Thank You for reminding us that we should not be anxious and fearful, rather we should remember who You are. Amen.

Donna currently serves as the Associate Vice-President for Global Ministries. Donna, along with of her husband Brem, served for 24 years in south east Asia prior to returning to Canada to provide leadership to our global team. Donna and Brem have 4 children and are blessed with 5 grandchildren.
Learn more