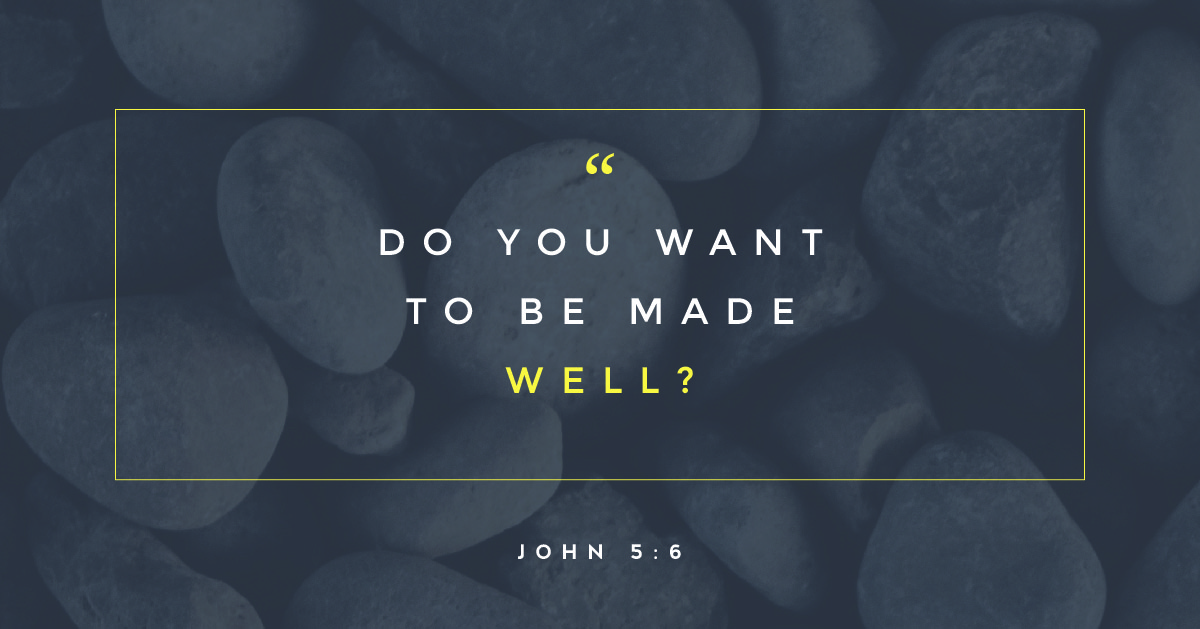 Some time later, Jesus went up to Jerusalem for one of the Jewish festivals. Now there is in Jerusalem near the Sheep Gate a pool, which in Aramaic is called Bethesda and which is surrounded by five covered colonnades.  Here a great number of disabled people used to lie—the blind, the lame, the paralyzed. One who was there had been an invalid for thirty-eight years. When Jesus saw him lying there and learned that he had been in this condition for a long time, he asked him, “Do you want to get well?”

“Sir,” the invalid replied, “I have no one to help me into the pool when the water is stirred. While I am trying to get in, someone else goes down ahead of me.”

Then Jesus said to him, “Get up! Pick up your mat and walk.” At once the man was cured; he picked up his mat and walked.

The day on which this took place was a Sabbath, and so the Jewish leaders said to the man who had been healed, “It is the Sabbath; the law forbids you to carry your mat.”

But he replied, “The man who made me well said to me, ‘Pick up your mat and walk.’ ”

So they asked him, “Who is this fellow who told you to pick it up and walk?”

The man who was healed had no idea who it was, for Jesus had slipped away into the crowd that was there.

Later Jesus found him at the temple and said to him, “See, you are well again. Stop sinning or something worse may happen to you.” The man went away and told the Jewish leaders that it was Jesus who had made him well.

These words pierce through my slumber, pulling me into consciousness sometimes in the early morning hours. I am ministering as a member of the prayer team at a soul care conference, wrestling in prayer for the freedom of others. It has been both heavy and a joy-filled work, the emphasis on other’s brokenness, not on mine.

The words, “Do you want to get well?”, instantly remind me of the story of Jesus at the Pool of Bethesda in John 5.

Why did Jesus ask the man by the pool if he wanted to get well? Was it not obvious? What was He testing in his heart, pulling out into the awareness and light of relationship?

The man does not answer a resounding, “yes!”. Is it shame and disappointment he is covering by explaining why he has been at the pool’s edge all these years, why he cannot get well—or has he been here so long that he does not know what being well could look like? One thing is certain, he does not recognize who he is speaking to.

God’s voice comes again. These words are for me, not for those I have been ministering to, and not simply my mind trying to gain insight into a passage of Scripture.

How will I respond? How do I answer that question? What is He pulling out into the light of relationship where I cannot hide in shame, disappointment, resignation or disbelief?

My mind flashes with life memories and disappointments that are sore to the touch, old habits and reactions that seem to not die; places in body and soul that do not seem well to me. The Holy Spirit bypasses most of it, until He gently puts His finger on something that brings a desperate cry from my heart, “Yes Lord! I do want to get well!”

I sense this is not going to be an “instant” kind of event; I will not leap from my mat and start walking as the man by the pool. I have had that kind of experience and it is exhilarating. But this will be no less supernatural. He secures my co-operation before we even start this healing journey—reminding me that I can trust this one bending down to me, this one who wakes me from my physical and spiritual sleep, reminding me He laid it all on the line so that I could be well in body, mind, soul, and spirit.

I will be well because I know the One who is asking me this question; I have walked with the One who heals before, and He somehow will not let me go—always calling me into deeper places of surrender, trust, and well-being.

Will you let Him ask you that question today? Will you give Him access to your body, soul and spirit, memories and attitudes, even the hidden places of your heart and life? Have an honest conversation with Him so that He might pull whatever He wants into the light of relationship.

Jesus, we hide things in our hearts and in our lives—we recognize that we need to be open with you. We ask that You open our eyes to what You want us to see. Amen. 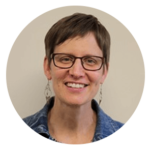 Lorilee Jespersen has been working with the C&MA within the St. Lawrence District for the last 20 years. She is married to Troy Wiesner and together they have four children and a dog. They are passionate about mobilizing people of all ages for missions and are excited by the opportunities to build God’s kingdom in Montreal, Quebec where they are surrounded by the nations.
Learn more