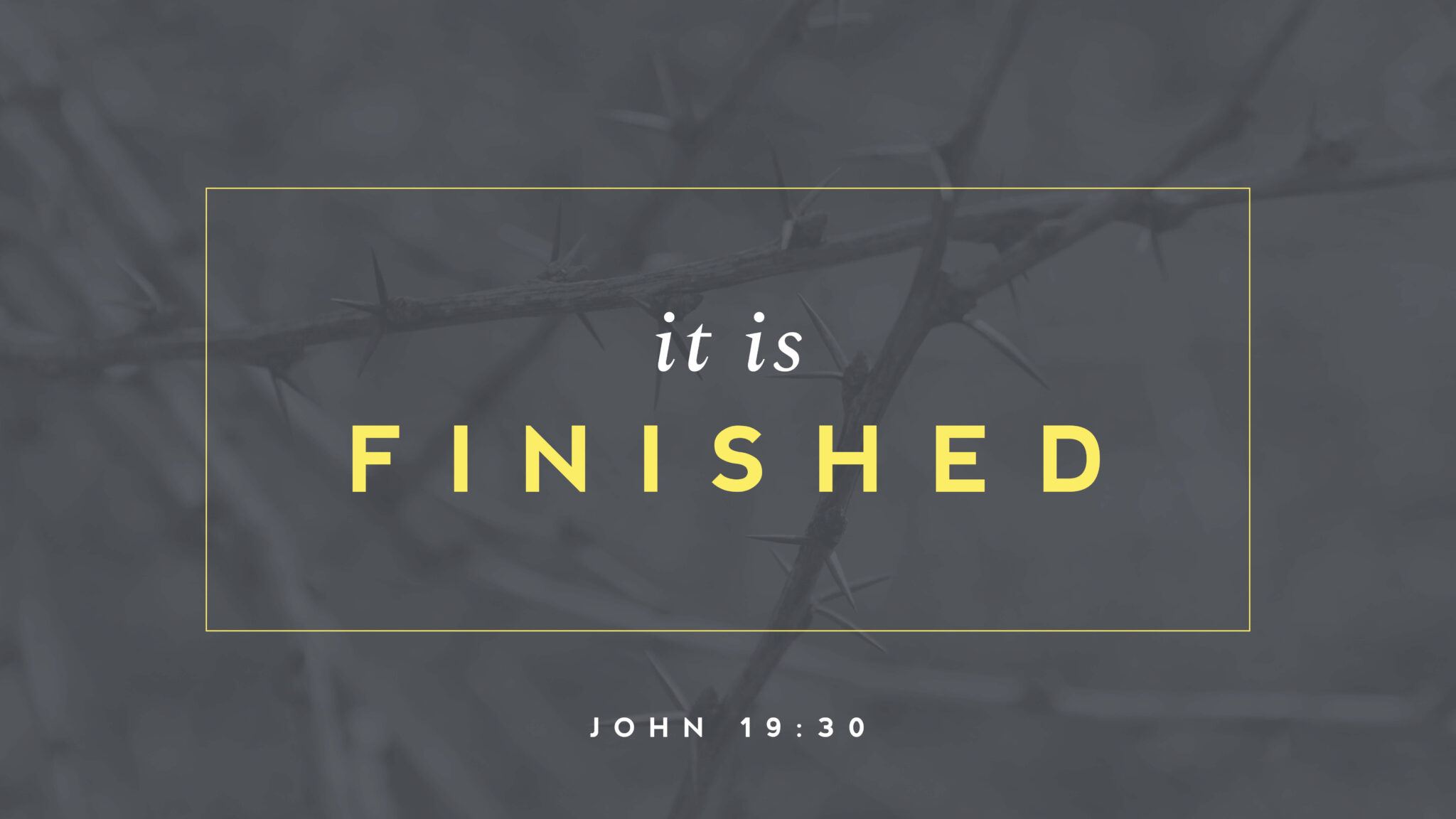 Then Pilate took Jesus and had him flogged. The soldiers twisted together a crown of thorns and put it on his head. They clothed him in a purple robe and went up to him again and again, saying, “Hail, king of the Jews!” And they slapped him in the face.

Once more Pilate came out and said to the Jews gathered there, “Look, I am bringing him out to you to let you know that I find no basis for a charge against him.” When Jesus came out wearing the crown of thorns and the purple robe, Pilate said to them, “Here is the man!”

As soon as the chief priests and their officials saw him, they shouted, “Crucify! Crucify!”

But Pilate answered, “You take him and crucify him. As for me, I find no basis for a charge against him.”

The Jewish leaders insisted, “We have a law, and according to that law he must die, because he claimed to be the Son of God.”

When Pilate heard this, he was even more afraid, and he went back inside the palace. “Where do you come from?” he asked Jesus, but Jesus gave him no answer. “Do you refuse to speak to me?” Pilate said. “Don’t you realize I have power either to free you or to crucify you?”

Jesus answered, “You would have no power over me if it were not given to you from above. Therefore the one who handed me over to you is guilty of a greater sin.”

From then on, Pilate tried to set Jesus free, but the Jewish leaders kept shouting, “If you let this man go, you are no friend of Caesar. Anyone who claims to be a king opposes Caesar.”

When Pilate heard this, he brought Jesus out and sat down on the judge’s seat at a place known as the Stone Pavement (which in Aramaic is Gabbatha). It was the day of Preparation of the Passover; it was about noon.

“Here is your king,” Pilate said to the Jews.

“Shall I crucify your king?” Pilate asked.

“We have no king but Caesar,” the chief priests answered.

Finally Pilate handed him over to them to be crucified.

So the soldiers took charge of Jesus. Carrying his own cross, he went out to the place of the Skull (which in Aramaic is called Golgotha). There they crucified him, and with him two others—one on each side and Jesus in the middle.

Pilate had a notice prepared and fastened to the cross. It read: jesus of nazareth, the king of the jews. Many of the Jews read this sign, for the place where Jesus was crucified was near the city, and the sign was written in Aramaic, Latin and Greek. The chief priests of the Jews protested to Pilate, “Do not write ‘The King of the Jews,’ but that this man claimed to be king of the Jews.”

When the soldiers crucified Jesus, they took his clothes, dividing them into four shares, one for each of them, with the undergarment remaining. This garment was seamless, woven in one piece from top to bottom.

“Let’s not tear it,” they said to one another. “Let’s decide by lot who will get it.”

This happened that the scripture might be fulfilled that said,

“They divided my clothes among them
and cast lots for my garment.”

So this is what the soldiers did.

Near the cross of Jesus stood his mother, his mother’s sister, Mary the wife of Clopas, and Mary Magdalene. When Jesus saw his mother there, and the disciple whom he loved standing nearby, he said to her, “Woman, here is your son,” and to the disciple, “Here is your mother.” From that time on, this disciple took her into his home.

Later, knowing that everything had now been finished, and so that Scripture would be fulfilled, Jesus said, “I am thirsty.” A jar of wine vinegar was there, so they soaked a sponge in it, put the sponge on a stalk of the hyssop plant, and lifted it to Jesus’ lips. When he had received the drink, Jesus said, “It is finished.” With that, he bowed his head and gave up his spirit.

Now it was the day of Preparation, and the next day was to be a special Sabbath. Because the Jewish leaders did not want the bodies left on the crosses during the Sabbath, they asked Pilate to have the legs broken and the bodies taken down. The soldiers therefore came and broke the legs of the first man who had been crucified with Jesus, and then those of the other. But when they came to Jesus and found that he was already dead, they did not break his legs. Instead, one of the soldiers pierced Jesus’ side with a spear, bringing a sudden flow of blood and water. The man who saw it has given testimony, and his testimony is true. He knows that he tells the truth, and he testifies so that you also may believe. These things happened so that the scripture would be fulfilled: “Not one of his bones will be broken,” and, as another scripture says, “They will look on the one they have pierced.”

Later, Joseph of Arimathea asked Pilate for the body of Jesus. Now Joseph was a disciple of Jesus, but secretly because he feared the Jewish leaders. With Pilate’s permission, he came and took the body away. He was accompanied by Nicodemus, the man who earlier had visited Jesus at night. Nicodemus brought a mixture of myrrh and aloes, about seventy-five pounds. Taking Jesus’ body, the two of them wrapped it, with the spices, in strips of linen. This was in accordance with Jewish burial customs. At the place where Jesus was crucified, there was a garden, and in the garden a new tomb, in which no one had ever been laid. Because it was the Jewish day of Preparation and since the tomb was nearby, they laid Jesus there.

On Good Friday, March 2019, my wife and I had the privilege of hearing the exquisite Calgary choral group—Luminous Voices—perform J.S.Bach’s, St. John Passion. It was choral music at its best. We had the English translation of the original German text, taken from Martin Luther’s translation of the New Testament. Most of what we heard was nothing other than the text of Scripture from the last part of John 18 through all of John 19, with some poetry and a sermon interspersed—all in song: the tenor sang the text from John’s Gospel, supported by arias from other soloists. I can hardly imagine a better way to end a day that began with worship in church.

The immersive experience of the music reminded me of the value of moving through the text of John 19 slowly, methodically; it was paced in a way that was both dramatic and thoughtful. From trial to the crucifixion to the death and then the burial of Jesus. Even though we were not yet at the account of the resurrection, the experience of being in John 19 was, and is, both tragic and triumphant. We know that death would defeat death; death would atone for our sins; death would lead to resurrection and on to the ascension and the outpouring of the gift of the Spirit on Pentecost.

The experience of moving slowly through John 19 is important. When we move, slowly, with Jesus to the cross and to His tomb: we consider, we reflect, we meditate on this account of the death of Jesus. And we feel the force of it—we know that this event matters and matters deeply to us and to the world. We slow down and take it in and let the account of Jesus’ death shape us. To use the language of Colossians 3:16, we let it dwell richly within us.

Some of us are familiar with the older Gospel song lyrics, “Were you there, when they crucified my Lord?”1 It is a melodramatic song that asks if you were at the trial, crucifixion, death and, burial of Jesus. And yet, however moving, I wonder if it is the right question. Because the answer, actually, is “No: I was not there; I am here – we are here, in this time and in this place.”

Reading John 19 is not about going back in history; it is not about nostalgia. The Hebrew notion of remembrance is not about going back in time; it is, rather, about allowing history—a past event—to be present! We remember, yes, not to go back, but in order to allow the past, in this case the cross of Christ, to shape and inform and transform our present. It is not that I want to be in Jerusalem when Jesus died; it is rather that I want the full force of what Jesus did on that Good Friday to shape my life, my relationships and my work and ministry. I want to walk through John 19 so that Romans 8:17 makes some sense to me—that in our sufferings we are joint heirs with him in his sufferings.

So, consider reading John 19 slowly, in a single sitting. You might not sing it; you might not hear a choral group perform the text. But in the quietness of your prayers, read it through slowly. And consider the ways in which the cross is so very present to you now, in the circumstances of your life, your relationships, and your work.

1Were You There was likely composed by enslaved African-Americans in the 19th century. It was first published in William Eleazar Barton’s 1899 Old Plantation Hymns.

Jesus, we pray that You would open our eyes to the ways that the cross is present in our circumstances in life. We pray that the account of Your death will shape us and dwell richly within us. Amen.

Dr. Gordon T Smith is the president of Ambrose University located in Calgary, Alberta, Canada. He is also Professor of Systematic and Spiritual Theology. Dr. Smith has published several books, including Called to Be Saints:  An Invitation to Christian Maturity (IVPress, 2014).  He is married to Joella and together they have two adult sons—married and with children of their own.
Learn more