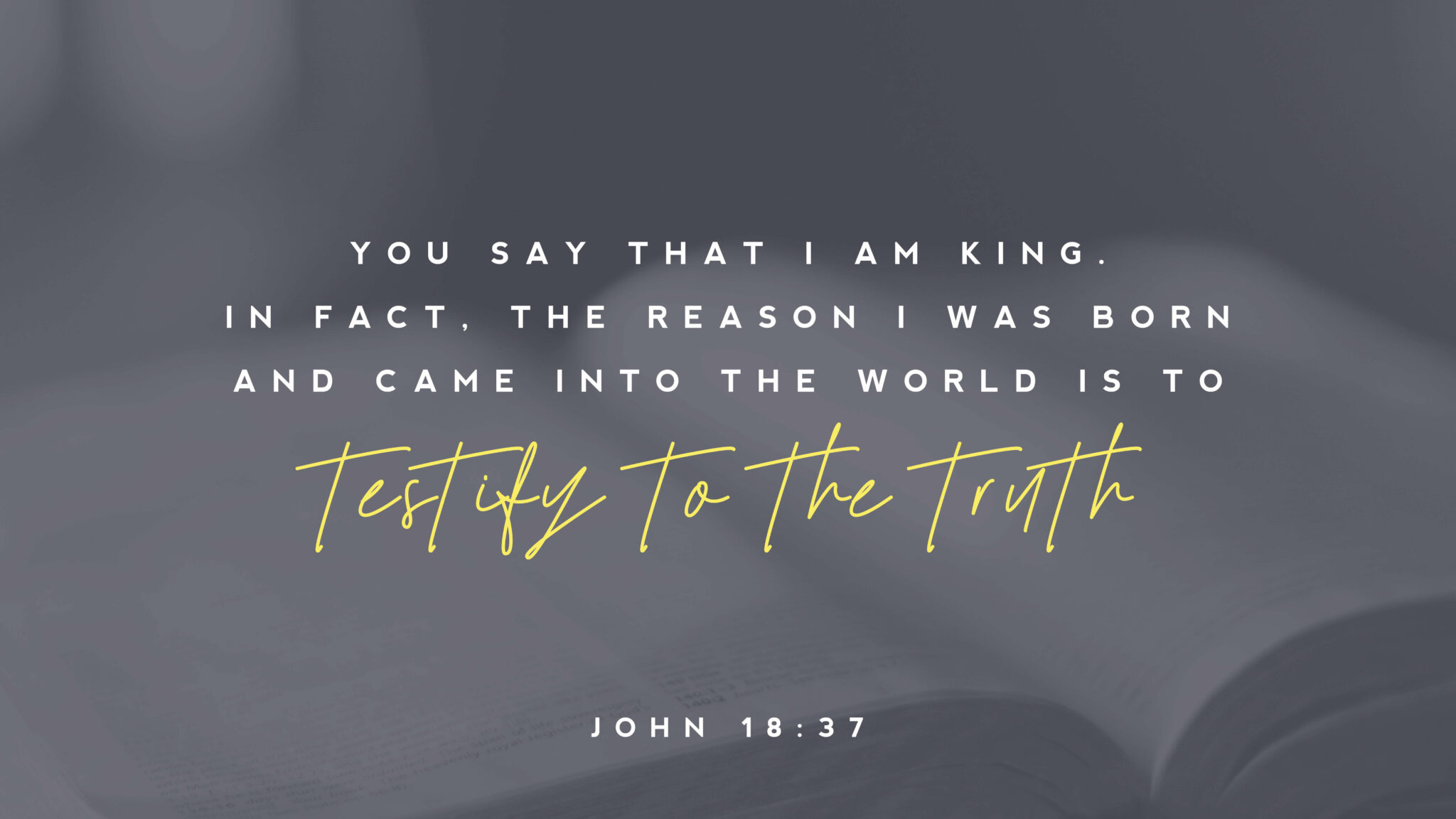 Then the Jewish leaders took Jesus from Caiaphas to the palace of the Roman governor. By now it was early morning, and to avoid ceremonial uncleanness they did not enter the palace, because they wanted to be able to eat the Passover. So Pilate came out to them and asked, “What charges are you bringing against this man?”

“If he were not a criminal,” they replied, “we would not have handed him over to you.”

Pilate said, “Take him yourselves and judge him by your own law.”

“But we have no right to execute anyone,” they objected. This took place to fulfill what Jesus had said about the kind of death he was going to die.

Pilate then went back inside the palace, summoned Jesus and asked him, “Are you the king of the Jews?”

“Is that your own idea,” Jesus asked, “or did others talk to you about me?”

“Am I a Jew?” Pilate replied. “Your own people and chief priests handed you over to me. What is it you have done?”

Jesus said, “My kingdom is not of this world. If it were, my servants would fight to prevent my arrest by the Jewish leaders. But now my kingdom is from another place.”

Jesus answered, “You say that I am a king. In fact, the reason I was born and came into the world is to testify to the truth. Everyone on the side of truth listens to me.”

“What is truth?” retorted Pilate. With this he went out again to the Jews gathered there and said, “I find no basis for a charge against him.  But it is your custom for me to release to you one prisoner at the time of the Passover. Do you want me to release ‘the king of the Jews’?”

They shouted back, “No, not him! Give us Barabbas!” Now Barabbas had taken part in an uprising.

Notice the nobility of Jesus before Pilate. Take in the opulent surroundings, which are meant to impress and intimidate. It is a majestic palace, likely the one built by Herod the Great; who unsuccessfully tried to overthrow Jesus’ destiny many years ago and is now dead and gone. Jesus is conversing with the governor, the one who embodies the power and prestige and authority of the vast empire of Rome. Since He has been falsely accused, this seems to be an ideal time to make a case for His innocence. But no, what is happening? Instead of groveling, anxiously pleading, or even making a case, Jesus enters a dialogue with Pilate. He speaks as a leader to a leader. He indicates that He is in fact a King, a Ruler with a mission to “testify to the truth” (John 18:37). There is enough—even for a pragmatic man like Pilate—to catch the suggestion that Jesus’ Kingdom was something even higher in importance than the court He was in at present. But instead of rebuke, Pilate—like so many others that Jesus spoke to—is intrigued!

Consider the character of this man on trial! Pulled as a prisoner into the halls of power, still He carries an attitude of calm confidence and is ready to speak with Pilate on his level. The gospel writer gives us so much detail about their interaction—but always to lead us to consider Jesus’ ultimate divine identity. Is there not something amazing about how Jesus moved so freely between fishermen, scholars, women, temple administrators, children, and even Roman governors?

Jesus was not intimidated. Even with the cross ahead of Him, the wealth and the world beside Him, friends abandoning Him, He did not lose His bearing. His Kingdom really was from another place, and His mission in this world would be accomplished. Was it His time in prayer with the Father that rooted Him so well for such a moment? Whatever it was, you could tell from being with Him that He knew His place—and made Him so compelling that even a Roman governor was thrown off his game.1

Jesus, we stand in amazement at Your boldness and humility. You demonstrated true royalty. By the power of Your Spirit, may the new identity You grant us with the Father through Your death and resurrection free us from the castes and classes that plague our judgements about everyone and ourselves, so that your true kingly bearing might be seen in us today.