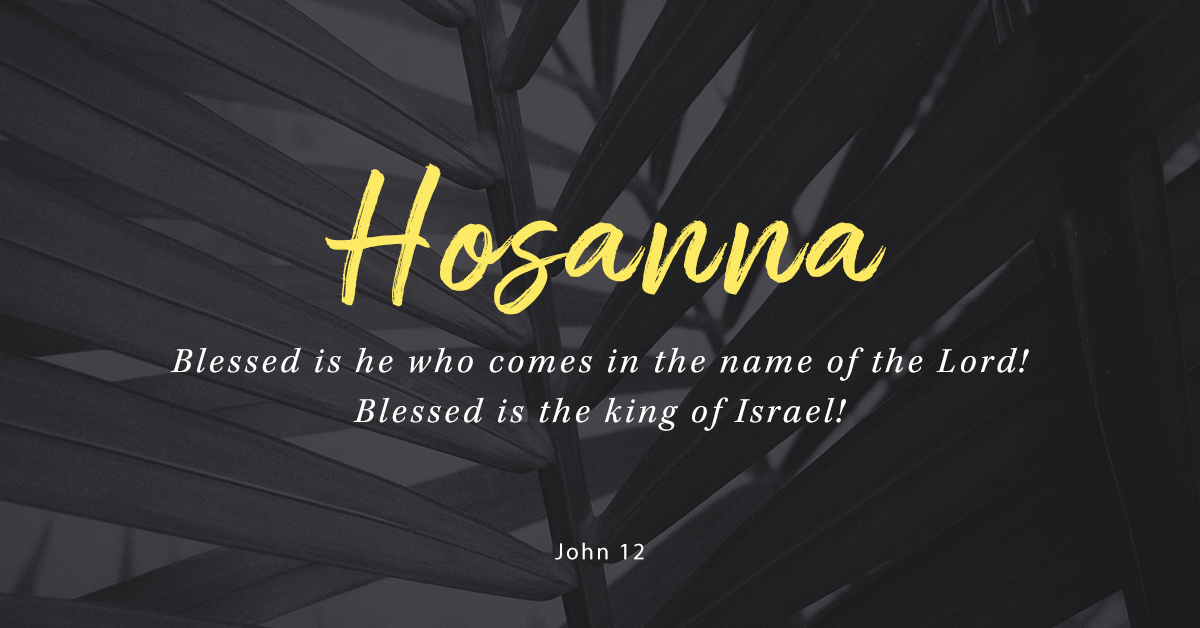 Six days before the Passover, Jesus came to Bethany, where Lazarus lived, whom Jesus had raised from the dead. Here a dinner was given in Jesus’ honor. Martha served, while Lazarus was among those reclining at the table with him. Then Mary took about a pint of pure nard, an expensive perfume; she poured it on Jesus’ feet and wiped his feet with her hair. And the house was filled with the fragrance of the perfume.

But one of his disciples, Judas Iscariot, who was later to betray him, objected, “Why wasn’t this perfume sold and the money given to the poor? It was worth a year’s wages.” He did not say this because he cared about the poor but because he was a thief; as keeper of the money bag, he used to help himself to what was put into it.

“Leave her alone,” Jesus replied. “It was intended that she should save this perfume for the day of my burial. You will always have the poor among you, but you will not always have me.”

Meanwhile a large crowd of Jews found out that Jesus was there and came, not only because of him but also to see Lazarus, whom he had raised from the dead. So the chief priests made plans to kill Lazarus as well, for on account of him many of the Jews were going over to Jesus and believing in him.

The next day the great crowd that had come for the festival heard that Jesus was on his way to Jerusalem. They took palm branches and went out to meet him, shouting,

“Blessed is he who comes in the name of the Lord!

“Blessed is the king of Israel!”

Jesus found a young donkey and sat on it, as it is written:

“Do not be afraid, Daughter Zion;
see, your king is coming,
seated on a donkey’s colt.”

Now the crowd that was with him when he called Lazarus from the tomb and raised him from the dead continued to spread the word. Many people, because they had heard that he had performed this sign, went out to meet him. So the Pharisees said to one another, “See, this is getting us nowhere. Look how the whole world has gone after him!”

Now there were some Greeks among those who went up to worship at the festival. They came to Philip, who was from Bethsaida in Galilee, with a request. “Sir,” they said, “we would like to see Jesus.” Philip went to tell Andrew; Andrew and Philip in turn told Jesus.

Jesus replied, “The hour has come for the Son of Man to be glorified. Very truly I tell you, unless a kernel of wheat falls to the ground and dies, it remains only a single seed. But if it dies, it produces many seeds. Anyone who loves their life will lose it, while anyone who hates their life in this world will keep it for eternal life. Whoever serves me must follow me; and where I am, my servant also will be. My Father will honor the one who serves me.

“Now my soul is troubled, and what shall I say? ‘Father, save me from this hour’? No, it was for this very reason I came to this hour. Father, glorify your name!”

Then a voice came from heaven, “I have glorified it, and will glorify it again.” The crowd that was there and heard it said it had thundered; others said an angel had spoken to him.

Jesus said, “This voice was for your benefit, not mine. Now is the time for judgment on this world; now the prince of this world will be driven out. And I, when I am lifted up[g] from the earth, will draw all people to myself.” He said this to show the kind of death he was going to die.

The crowd spoke up, “We have heard from the Law that the Messiah will remain forever, so how can you say, ‘The Son of Man must be lifted up’? Who is this ‘Son of Man’?”

Even after Jesus had performed so many signs in their presence, they still would not believe in him. This was to fulfill the word of Isaiah the prophet:

“Lord, who has believed our message
and to whom has the arm of the Lord been revealed?”

For this reason they could not believe, because, as Isaiah says elsewhere:

Isaiah said this because he saw Jesus’ glory and spoke about him.

Yet at the same time many even among the leaders believed in him. But because of the Pharisees they would not openly acknowledge their faith for fear they would be put out of the synagogue; for they loved human praise more than praise from God.

“If anyone hears my words but does not keep them, I do not judge that person. For I did not come to judge the world, but to save the world. There is a judge for the one who rejects me and does not accept my words; the very words I have spoken will condemn them at the last day. For I did not speak on my own, but the Father who sent me commanded me to say all that I have spoken.  I know that his command leads to eternal life. So whatever I say is just what the Father has told me to say.”

Here’s something that’s always bothered me: how is it that Jesus was so enthusiastically welcomed as king only to be derided, mocked, and crucified less than one week later? Did the crowds get it wrong that day? Did they abandon Jesus when public opinion shifted? Or is it possible that the story of Jesus’ entry into Jerusalem is not quite so triumphant as it is sometimes remembered?

The “triumphal” entry in John 12 wasn’t the first time a fervor had erupted during Jesus’ ministry. After feeding the 5000, the crowds wanted to make Jesus king by force. But the time was not right. Their hearts were not right. They wanted signs, but not sacrifice (John 6:14-15, 51, 66). Jesus withdrew.

In John 11, Jesus raised Lazarus from the dead! News of this sign spread around the region, and soon there was another crowd following along, hoping to catch a glimpse of both Jesus and Lazarus. Once again, the crowd intended to make Jesus King of Israel, and His entry into Jerusalem for the festival was the perfect opportunity to do so. The crowds even brought palm branches with them, symbols of a military procession.1 Palm branches were an emblem of the bloody Maccabean zealot revolt, printed on rebel Jewish coins to commemorate the bloody zealot uprising in 160 B.C.2 Was Jesus coming to Jerusalem to fight back against the Roman occupation and re-establish the autonomous nation of Israel? If this man had the power to raise the dead, then surely He could put a few Roman soldiers into the grave!

Jesus saw the crowd’s nationalistic intentions and responded by going and finding a donkey (John 6:14). This common animal was not only a symbol of humility, but also a direct reference to an old prophecy about the return of a messianic king to Zion. John 15 quotes part of this prophecy, which speaks of a king who would “cut off the bow of war,” and “speak peace to the nations” (Zechariah 9:9-10). King Jesus would conquer, but not through violence. He would be Israel’s king, but not to the exclusion of the Romans, for He desired a rule of peace “from sea to sea” (Zechariah 9:10).

Riding into Jerusalem, Jesus declared Himself Messiah and king, but not the one the crowds expected. By this ironic enacted prophecy, Jesus declared that He would not satisfy the crowd’s expectations. Subtle? Deep? For sure. Even His disciples “did not understand this” until after Jesus’ death (12:16).

What do you expect of Jesus today? What do you want Him to be? In the routines of life, when people let us down, in our secret pain, what do we want from Jesus? How do we think God should deliver His people? Trusting God means trusting that God saves us according to His plan, not ours. And God’s plan includes our enemies too.

Jesus came to save Israel, but Israel as a political entity didn’t last. Only a few decades after Jesus rode into Jerusalem, Rome all but wiped the Israel off the map. But a funny thing happened on the way to the forum (literally). Somehow the Gospel found its way to Rome, the capital city of Israel’s occupying enemy. And a church was born there, and a letter was written to the Roman church which we still read today. And little by little, despite countless setbacks, and through some very unlikely characters, this mustard seed of God’s kingdom grew to reach every part of the un-holy Roman empire.

How do you think of God? Powerful, mighty, deliverer? He is all this and more, but not always in the way we expect. In Jesus, God delivers us from our true enemy, sin. He displays His might by riding humbled on a donkey. And He displays His incomprehensible power when He overcomes the whole world by losing, dying at His enemies’ hands in a forgotten corner of a foreign empire. What expectations do you have of God today? He may not meet them. But that’s only because His plans are greater than we could imagine. Like the disciples, we may not figure it out until much later, but we can trust Him today.

God thank You that Your plans are greater than we could ever imagine. We recognize that we need to trust You, and Your timing. Amen.

Jared Taylor is the Director of Communications at the National Ministry Centre for The Christian and Missionary Alliance in Canada. Jared likes to hike, ski, and travel with his wife, Jen, and their boys, Isaac and Cohen.
Learn more