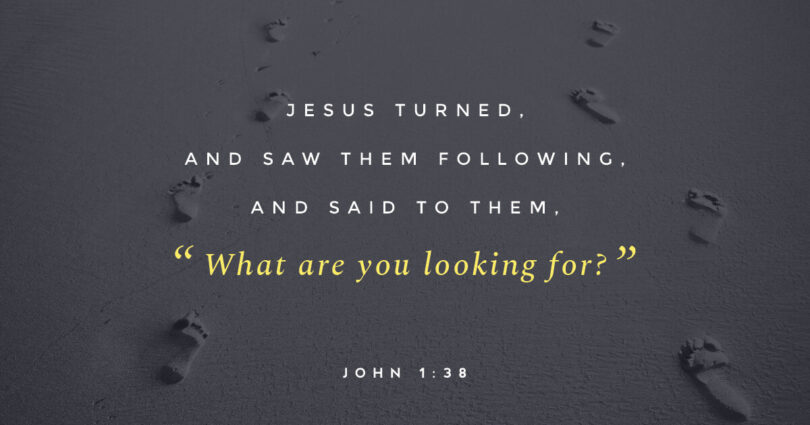 Now this was John’s testimony when the Jewish leaders in Jerusalem sent priests and Levites to ask him who he was. He did not fail to confess, but confessed freely, “I am not the Messiah.”

They asked him, “Then who are you? Are you Elijah?”

“Are you the Prophet?”

Finally they said, “Who are you? Give us an answer to take back to those who sent us. What do you say about yourself?”

John replied in the words of Isaiah the prophet, “I am the voice of one calling in the wilderness, ‘Make straight the way for the Lord.’”

Now the Pharisees who had been sent questioned him, “Why then do you baptize if you are not the Messiah, nor Elijah, nor the Prophet?”

“I baptize with water,” John replied, “but among you stands one you do not know. He is the one who comes after me, the straps of whose sandals I am not worthy to untie.”

This all happened at Bethany on the other side of the Jordan, where John was baptizing.

The next day John saw Jesus coming toward him and said, “Look, the Lamb of God, who takes away the sin of the world! This is the one I meant when I said, ‘A man who comes after me has surpassed me because he was before me.’ I myself did not know him, but the reason I came baptizing with water was that he might be revealed to Israel.”

Then John gave this testimony: “I saw the Spirit come down from heaven as a dove and remain on him. And I myself did not know him, but the one who sent me to baptize with water told me, ‘The man on whom you see the Spirit come down and remain is the one who will baptize with the Holy Spirit.’ I have seen and I testify that this is God’s Chosen One.”

The next day John was there again with two of his disciples. When he saw Jesus passing by, he said, “Look, the Lamb of God!”

When the two disciples heard him say this, they followed Jesus. Turning around, Jesus saw them following and asked, “What do you want?”

They said, “Rabbi” (which means “Teacher”), “where are you staying?”

So they went and saw where he was staying, and they spent that day with him. It was about four in the afternoon.

Andrew, Simon Peter’s brother, was one of the two who heard what John had said and who had followed Jesus. The first thing Andrew did was to find his brother Simon and tell him, “We have found the Messiah” (that is, the Christ). And he brought him to Jesus.

Jesus looked at him and said, “You are Simon son of John. You will be called Cephas” (which, when translated, is Peter).

So, when Jesus passed by, Andrew and another disciple began to follow. Noticing the two, Jesus turned around and asked them, “What do you want?” (John 1:38). Jesus already knew the answer to this question, but He wanted them to consider what they were seeking through seeking after Him. What exactly was Andrew looking for? An exciting spiritual experience? A way to improve his ministry as a disciple? Jesus wanted Andrew and the other disciple to consider the motivation of their hearts for seeking an encounter with Him. Later in the Sermon on the Mount, Jesus would preach, “Blessed are the pure in heart, for they will see God” (Matthew 5:8). When we have a right motive for pursuing Him, Jesus promises we will see God in our lives.

Andrew and the other disciple answered Jesus by asking where He was staying. It may seem like an odd way to reply to Jesus’ question, but it was their way of saying that they simply wanted to be with Jesus. Andrew’s only agenda was to spend time with the Jesus. Later, Andrew told his brother, “We have found the Messiah” (John 1:41).

Upon hearing their earnest desire, Jesus rewarded Andrew and the other disciple with an invitation, “Come…and you will see” (John 1:39). Bob Willoughby, a former Alliance pastor and professor, said, “Then as now, Jesus is always willing to converse with sincere seekers after truth.”1

Through John the Baptist, God had made Andrew hungry for more of God’s presence and power. Psalm 107:9 says, “he satisfies the thirsty and fills the hungry with good things.” That is what Jesus does when we come to Him with a sincere heart—He baptizes us with His Spirit, satisfying our inner thirst and meeting our inner hunger with good things.

Jesus, we ask that You open our eyes to the motivations of our hearts. We accept your invitation to come and see what You will do in our hearts, and in our lives. 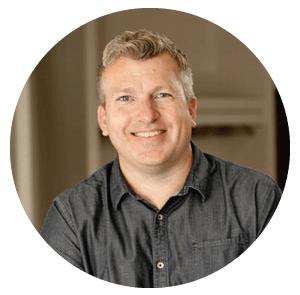 Shane Gould serves as the Lead Pastor of Wellspring Church in Burlington, Ontario. Shane is married to Linda who serves as a Christian counsellor. They have three children, Serena, Amaris, and Simon. Shane and Linda have a passion for equipping believers and churches in the ministry of the Holy Spirit. Shane has served as instructor for Pathways School of Ministry in the Central Canadian District and as an Envision JSEM instructor in Thailand.