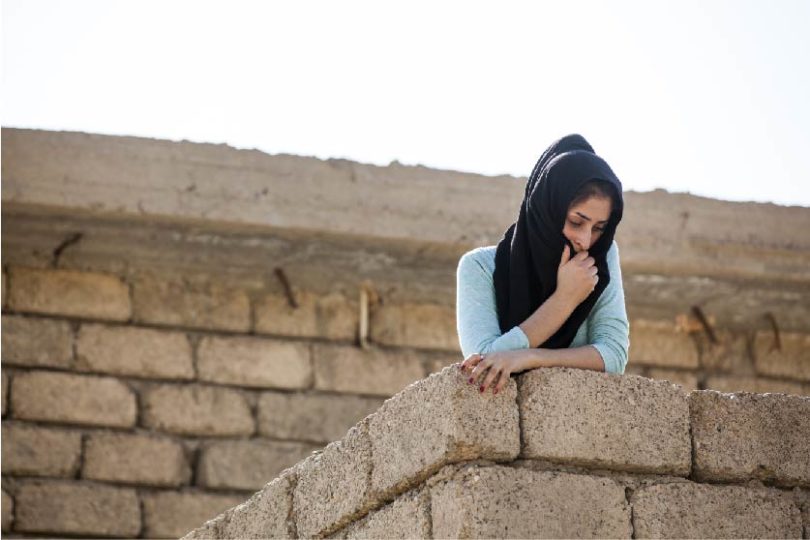 Mark Batterson writes, “Faithfulness is not holding down the fort until Jesus returns, faithfulness is taking back enemy territory by shining the light in dark places.”

As I am writing these words, CNN is playing in the background, describing the horror of yet another terrorist attack in New York City. According to news reports, the suspect, a twenty-nine year old man, rented a truck and drove down a bike lane on one of New York’s busiest streets killing eight people and injuring another nine before being shot by police. Reportedly, a note on the seat of the truck declared his support of ISIS. In the midst of our unsettled and uncertain world, Jesus is not wringing his hands in worry. He is not confused or discouraged. He is God and He is not nervous. He is using these shifting times to wake us up and to compel us to join Him on His redemptive mission to our family, our neighbors, our co-workers, and to the nations of the world.

Recently, I was reminded of God’s amazing power to rescue during a trip to Northern Iraq. I was invited into the home of a Yazidi family. Their twenty-one year daughter was suffering from seizures that were very debilitating and had caused her family great concern. They had taken her to all the Yazidi spiritual healers without effect. They were so desperate that they began to visit occult healers who recommended various incantations and charms. She just got worse.

When we arrived at this home, the young girl was lying in the corner barely able to move. Her mother forced her to sit up and we realized immediately that we were dealing with demonic forces that were holding her in bondage. We began to pray and I started to address the evil spirits in the name of Jesus. I am a novice at this stuff, but felt it would be cosmic treason to leave this young woman in bondage any longer. I found out, to my surprise, that demons in Northern Iraq can understand English. We laid hands on her and repeatedly addressed the demons and started casting them out. A demon of shame was told to get out. A demon of condemnation was shown the exit. The mother recanted all her involvement with the forces of darkness and the daughter confessed her sins and repented. In one powerful moment, the mother forgave her daughter for wrong choices and the depth of shame was completely healed.

We then read the scriptures over her and with each proclamation of truth, she became more animated and energized. When we were finished she was standing on her feet smiling. The darkness was broken and she was set free in Jesus name. Even though I was inexperienced, the power of darkness knew that the Master of all creation was present and His power and presence was unstoppable!

Jesus is on a rescue mission. He is on a grand adventure to redeem and restore human lives to the kingdom of His father. The apostle Paul wrote, “For he has rescued us from the kingdom of darkness and transferred us into the Kingdom of his dear Son, who purchased our freedom and forgave our sins.” (Colossians 1:13-14; NLT) Greg Finke writes, “Jesus is already on the loose out there in our neighborhoods, workplaces and schools. He is already doing the heavy lifting of working in the lives of those around us. And He invites us to join Him….Jesus does not give us a Mission to do for Him. Jesus is on mission and he invites us to come with Him.”

As we engage in our daily activities, my prayer is that the overarching atmosphere of our thinking will be the recognition that Jesus is on Mission. Could it be that as we frame our day around the mission we are invited into, that our Kingdom impact will be far more significant than we can imagine?

Greg Finke also declares, “We must never forget, that our job isn’t to try and do Jesus’ work for Him. Our job is to watch for, recognize and then respond to the work Jesus is already doing in the lives of people around us and join Him.” NOW!

One Comment on “Jesus is on a Rescue Mission”