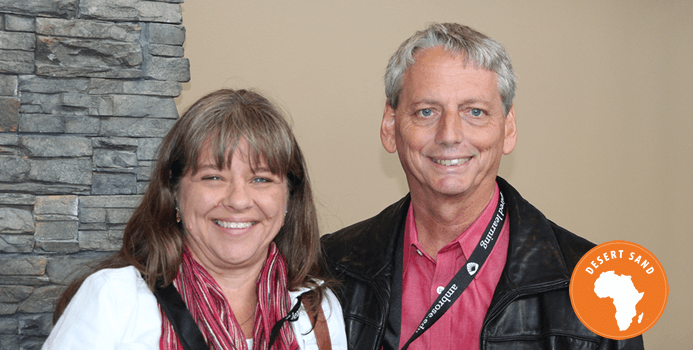 Gary made a commitment to Christ at a early age in Sunday School. But it was during his early teen years while reading Romans 2:4 that he realized God’s patience and love for him and he recommitted his life to Christ. His call to missions was confirmed during his short-term missions trips.

Sharon grew up in Africa and had many opportunities to see her parents make a difference in the lives of the people in Gabon. At a young age she realized that she herself needed to make a personal decision to follow Jesus. When she was young, she had a dream about going to the Fang tribe in northern Gabon to tell them about Jesus. In 1993, God allowed this dream to become reality.

Gary and Sharon are team leaders in Senegal and they help to coordinate a joint-mission ministry initiative among an unreached people group in Senegal.

We want to bring access to Jesus to the least-reached of Senegal by helping to mobilize a reproducing church-planting movement amongst the Fulani and Wolof.

We are involved in language study in the Wolof language, one of the main languages of Senegal. We are team leaders for the Canadian team of International Workers in Senegal. We are coordinators of a ministry initiative with other partners focusing on ministry with Fulani; helping with equipping Fulani leaders.

We work with a unique group of LRPG’s called the Fulani  (Fouta -Tooro)  and Wolof.  You can learn more about the Fulani (Fouta-Tooro) and Wolof by visiting our LRPG page.

Pray that the few believers among the Wolof and Fulani will boldly and courageously live out their faith and that many will come to Christ as a result.

Pray that God would raise up and empower godly leaders among the Wolof and Fulani for new churches and fellowships of believers.

Pray for unity among the believers and the international workers who have been called to Senegal.