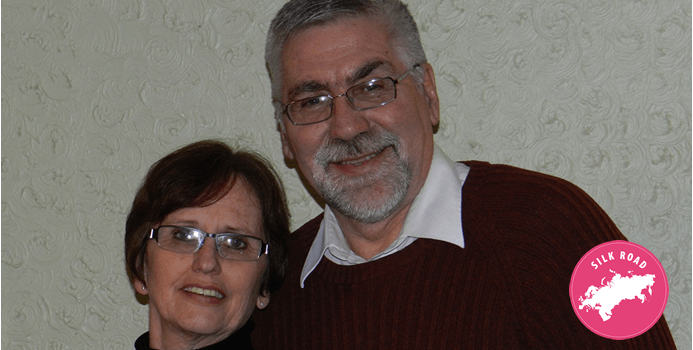 To provide strong Bible-based training for Church leadership, so that they, in turn, may train others.

Both Ernie and Marilyn grew up in Christian homes, where missions was a focal point. They both accepted Christ early in life.

At the end of high school, Ernie recommitted his life to Christ. Marilyn was called to missions at the age of five. They each headed to Canadian Bible College to prepare for ministry, where they met and individually applied for missionary service. After being accepted for service, they decided to join forces in marriage and serve together.

Together, they have two sons, David and Daniel, who are both married.

Ernie and Marilyn were married in 1976 and served three years in Dartmouth, NS. After completing one year at Canadian Theological Seminary, they studied Spanish in Costa Rica before beginning their ministry in Peru.

The Klassens served in Peru for twenty-two years. They saw hundreds of people come to Christ through the Encounter with God movement. When the mission was completed, all of the missionaries were redeployed to other countries.

The Klassens served in Mexico for two years before returning to Canada in 2006.

Ernie and Marilyn pastored at Quinte Alliance Church in Belleville, Ontario for seven years upon returning to Canada. Those years were good and stretching, but their missionary call was still very heavy in their hearts. When it became apparent that there was a place for their gifts and abilities in Spain, they returned to active service in 2013.

Ernie works mainly in the preparation of leaders for the ministry and missions. His job description is mainly but not exclusively to work in INFORMA (Alliance Institute for Ministerial Formation), which graduated its first class with a four-year degree in spring 2016.

Marilyn is the advisor to INFORMA and teaches Pastoral Counseling.

Ernie has been one of the professors in all three locations and has just recently taken on the role of dean to evaluate the curriculum and make sure the courses are giving the students a well-rounded experience needed for ministry.

Ernie has also taken on the role of pastor at an international church in their community with English being the first language and translated into Spanish for the growing contingent of Spaniards.

Marilyn has taken on the ministry of project manager for two properties that were donated to the National Church in Spain—Bethany House and The Refuge. This involves raising funds, managing the staff living, working on the sites, and designing and managing work projects and teams who come from North America to help get these sites into shape for their respective ministries.

The Klassens love seeing people grow into maturity in Christ and then serve him with their lives. Another joy is working alongside believers that they in Peru, who now live in Spain.

Their greatest challenge is knowing how to reach the Spaniards, as most of their contacts are immigrants from Latin America.

The Klassens count on your gifts to the Global Advance Fund, which covers their monthly living allowance, rent, internet, cell phone, and travel costs among other things.

INFORMA is in need of scholarship funds for many students struggling in a depressed economy. An approved special is set up for donations towards this cause.

An approved special is also set up to help renovated and maintain the two houses donated to the National Church. Teams are needed to come and work on projects at one or both of these two houses.

You can also sign up for the Klassens’ monthly newsletter.