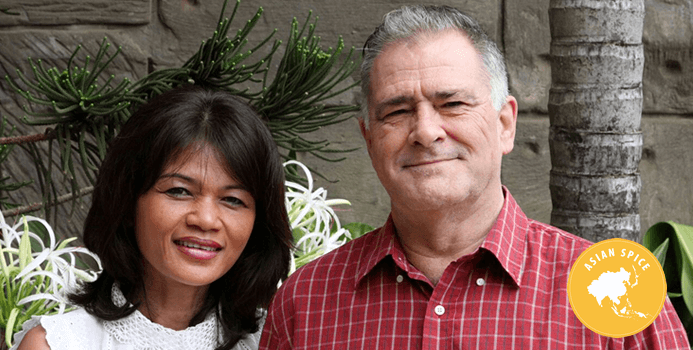 David grew up in the environment of his parents’ ministry. He accepted Christ as his Savior at a young age; following several years of rebellion, finally made Christ his Lord. Patti's parents were Buddhist and could not answer her queries of the source of creation and all things in it. She believed when she heard of the Creator, God, in the refugee camp. She later heard of the work of Jesus and made Him her Lord.

When they were deciding what to do with their lives, it became apparent that God was calling them to overseas missions. Both of them are passionate about seeing young people firmly grounded and growing in Christ.

David and Patti are directors of a dorm where university students from country churches are housed. Applicants are screened and have signed an agreement consenting to be trained for an hour a day in leadership, theology, discipleship, and evangelism. The students invite classmates to outreach events each month where they hear stories of faith.

We work with the Khmer, Tapuon, and Kui.

Pray for the young people that David and Patti mentor. The hope is that they will in-turn find someone to mentor.

Pray for the youth of Cambodia as they are quite confused with all the changes that have happened as Cambodia struggles to catch up with the world following the war.

Pray that many of the university students they train will become active in their local church.

To receive “News from the Ens of the Earth” contact us at ensoftheearth@gmail.com