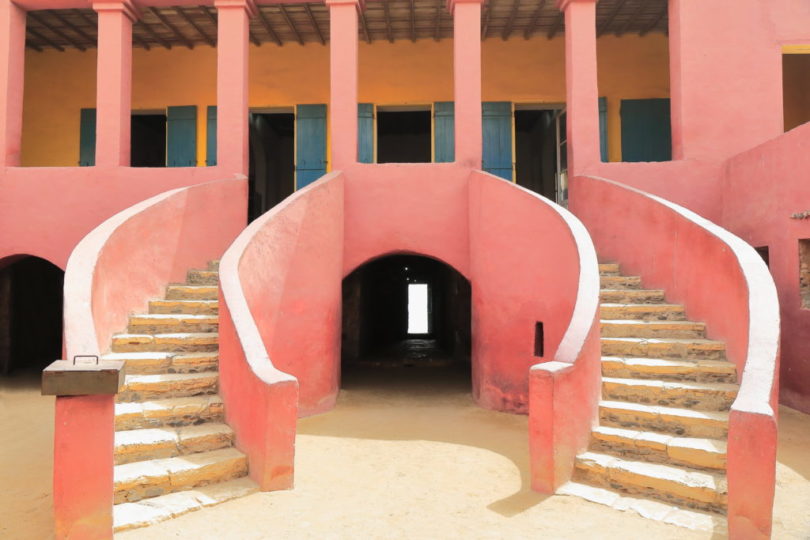 One of the most gripping experiences while on my latest trip overseas was visiting Goree Island off the coast of Dakar, Senegal. The island was one of the key slaving ports in West Africa. For over 200 years, it was the place where many slaves from central Africa were imprisoned while they waited for the slave ships to take them to various destinations around the world. We entered into a small slave house and saw the different cells where the men, women, and children were held. The conditions were deplorable and I was overwhelmed with sadness as I imagined the hopelessness they must have felt.

On the wall facing the ocean was a door. It was the place where slaves were forced onto the awaiting slave ships. It was known as the “door of no return.” Once you went through that door, you had left your homeland forever, never to return. My mind began to race with deep anguish as I imagined what it was like to take this final walk into the unknown. For many slaves it would only be a few weeks before they breathed their last in the appalling conditions on the slave ships. For others they would make it to a new destination where they would be abused, raped and discarded. The door of “no return” was a walk into a living hell.

As I stood by the door pondering this horrific scene, I began to imagine another door. Not a physical door made out of wood but rather a metaphorical door representing the person of Jesus. Jesus declared, “I am the Door; anyone who enters through Me will live!” (John 10:9)

Jesus bore in his body all the horrific sins of slavery, torture, brutality and the worst of the worst. He carried them to the cross and paid the price in full for the sins of humanity. That’s why He can offer Himself as a door. An invitation to healing, hope and life. Senegal is a land of great despair. We are seeing more and more Fulani and Wolof (unreached people groups in Senegal) recognizing that Jesus is the way, the truth and the life.

I heard the testimony, recently, of a highly influential Imam who was pursuing healing for his infertility and a damaged leg. After years of seeking help from doctors and spiritual leaders, he found himself visiting a church and reading the Bible for the first time. For over a year, he compared the Bible with the Koran and came to the conclusion that Jesus is the truth…the door to freedom, hope and deliverance. He made the statement, “My wife and I do not have children and my leg has not been healed but I have found my heavenly Father and that is enough!”

You may be reading this article today and feel that you have walked through the “door of no return.” You have believed lies or have become caught up in sin. The truth is you are not beyond change or recovery. There is another “door.” It is open right now, walk through it and live!