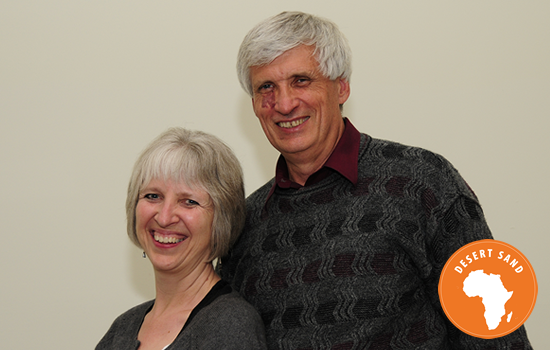 Dan and Melodie each sensed God asking them to become involved in mission as children at a missions conference in their respective Alliance Churches.  Dan attended Moody Bible Institute, and Melodie attended Canadian Bible College then both went to the UofA to get their BEd degree in preparation for teaching ministries in an overseas context.  They met and were married, went to Canadian Theological Seminary to complete their training for missions, then served as pastor of the Westlock Alliance Church in preparation for service overseas. The Ibsens were appointed to Guinea, West Africa, where they trained leadership for the national church, served as field team leader, and mentored interns and apprentices in missions. They have 4 children—3 of whom are serving in West Africa and one in Atlanta/Haiti. Dan and Melodie are serving on Home Assignment and then will be retiring in June of 2020.

At this phase of our lives we want to be involved in reaching out to new Canadians and in helping to mobilize people in our churches in Canada to engage more significantly in cross-cultural missions.

We work with a unique group of LRPG’s called Fulani.  You can learn more about the Fulani by visiting our LRPG page.

Pray that the church in Mamou, Guinea would continue to reach out to the Fulani majority population of that city.

Pray that we will be able to encourage churches and believers here in Canada to engage in God’s heart for the world.

Thank you for your generous support of our ministry. It is gifts like yours that have enabled us to serve in Guinea.  May God bless you and encourage you for your faithfulness.

Stories by Dan and Melodie Ibsen