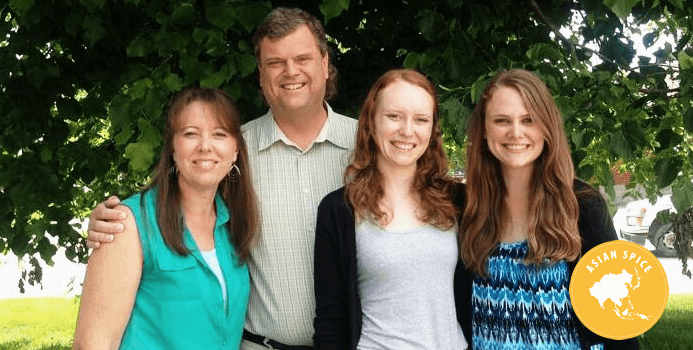 Bill was born and raised in Ontario to parents of Dutch descent. His family attended church from the time he was a young boy and committed his life to Jesus at the age of 12. While attending Canadian Bible College he grew in his faith and discovered a passion for youth ministry. He graduated with a Bachelor of Religious Education in 1990 with the intent to serve God as a pastor, but through a willingness to participate in the PSALM program in the Philippines, he was introduced to the possibility of cross-cultural ministry.

Ilana was raised in the home of C&MA missionary parents and came to know Jesus at a young age. During her first year studying at CBC, she sensed God's calling to serve Him cross-culturally. She graduated from CBC in 1990 with a Bachelor of Religious Education with an emphasis on missions. Bill and Ilana were married in 1991, and in the fall Bill was hired as Assistant pastor at Redeemer Alliance Church in Orleans, Ontario, where they served for three years. After a year at Canadian Theological Seminary, the Lobbezoos and their daughter Holly were deployed to Cambodia, where they have served in various roles for the past 20 years.

Cambodia is a rapidly developing country, struggling to advance following the years of genocide under the Pol Pot regime. More than 50 per cent of the population is under the age of 30, and caught between the traditional and conservative culture of their parents and grandparents and that of our modern global village. The people are friendly and have a deep hunger to better their lives, and the youth are open to new ways of thinking and worldviews The Lobbezoos provide leadership for a team of IWs who minister primarily among student communities in Phnom Penh and Siem Reap, and among the Vietnamese diaspora. In Phnom Penh the Lobbezoos engage post-secondary students through the medium of English teaching. The Lobbezoos are also passionate about connecting Canadian churches with provincial churches and believers who are committed to reaching their communities for Jesus by offering affordable skills training such as English and computer teaching.

Vietnamese living in Cambodia represent a large LRPG among the many people groups represented within the country. One of our current ministry goals is to work to develop and strengthen a sub-team focusing on reaching, discipling and bringing dignity to this LRPG within Cambodia.

We work with Khmer Students and Vietnamese Diaspora in Cambodia.

Pray that the Gospel will continue to permeate each people group represented in Cambodia, and the Khmer would be empowered to reach the family, friends and neighbouring peoples.

Pray for wisdom, grace and energy as we provide leadership to our growing team of IWs.