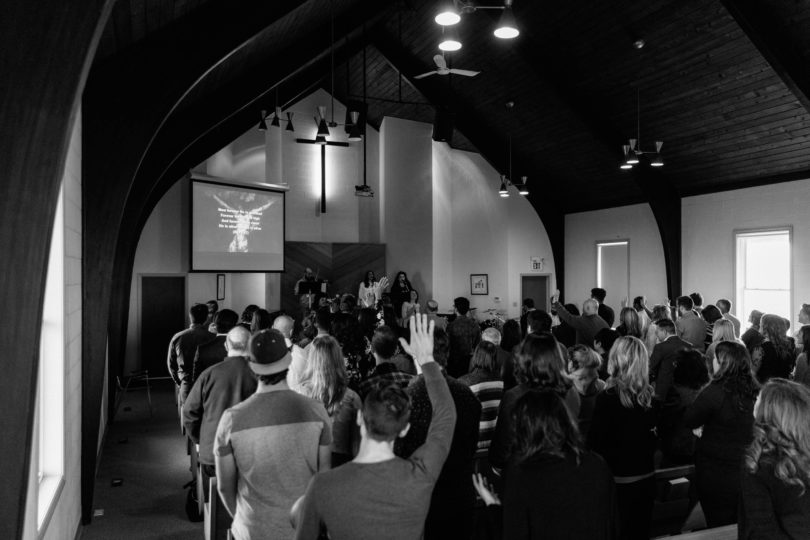 In the early part of the 20th century, one of the greatest minds humanity would ever know was wrestling with a problem. Albert Einstein was trying to determine how to reconcile two of the greatest forces in the universe, gravity and electromagnetism. This pursuit was called the “Unified Field Theory” or the “Theory of Everything”. Einstein believed that if he could formulate a theory that could harness both these forces he would unlock the secrets of the universe. Spoiler alert, he never did it.

This seems like an odd way to start an article that is supposed to be about going deeper in Jesus. Let me unpack this a little. In the early part of 2017, Uptown Community Church, a church plant less than three years old (we were just getting out of our diapers, metaphorically speaking) would embark upon an adventure. Our church became a test subject for the “Fresh Start” program. Fresh start is an endeavour that takes an existing church and partners it with a declining church. The question is, how do you take two forces (see I told you I’d tie it in) and harness them.

Our church partnered with a rural church called Wellesley Alliance Church (WAC). WAC was an older congregation that was asking questions about the future. Uptown Community Church tended to skew a little younger with 60% of our congregation under 30 years of age. How do you combine two different cultures and histories to discover a deeper mission in Christ? Much like Einstein, we are still working through it but the potential is exciting.

Part of the answer lies in the writings of Paul. Paul writing to the church in Corinth gives them a new vision of the future. He has just presented to them that they are “ministers of reconciliation”. Which is a beautiful word; to make two things one. Paul then sums it up with this statement, “Therefore, if anyone is in Christ, the new creation has come: The old has gone, the new is here!” (2 Corinthians 5:17). New creation, something brand new. Not a hybrid but something only the Holy Spirit can knit together.

As we are striving to foster new life and growth in Wellesley, we are holding to the vision for something new. Not two separate things brought together but a whole new paradigm grounded in Jesus. Taking two cultures, two communities and discovering what they could both look like partnered together on mission in our communities. Both churches see truth in each other’s story. We aren’t competing to see which narrative is superior but instead, submitting to the Lord in what is to come. An urban church together with a rural bedroom community. Both passionate to reach their communities and both excited by what it can be.

This story is taken from the Fall 2018 Alliance Connection magazine. You can get a free copy of the Alliance Connection at Alliance churches across Canada or view the digital copy online. We hope you will be encouraged and inspired to go deeper in Jesus and as a result, further on mission.

Raja Stone is the Lead Pastor of Uptown Community Church in Waterloo, Ontario. He is married to his best friend, Sarah, and together they have three beautiful girls. He loves that the first thing we learn about God is that He is creative, and that God’s creation reflects this in diversity and nature’s beauty.