An Invitation to Engage 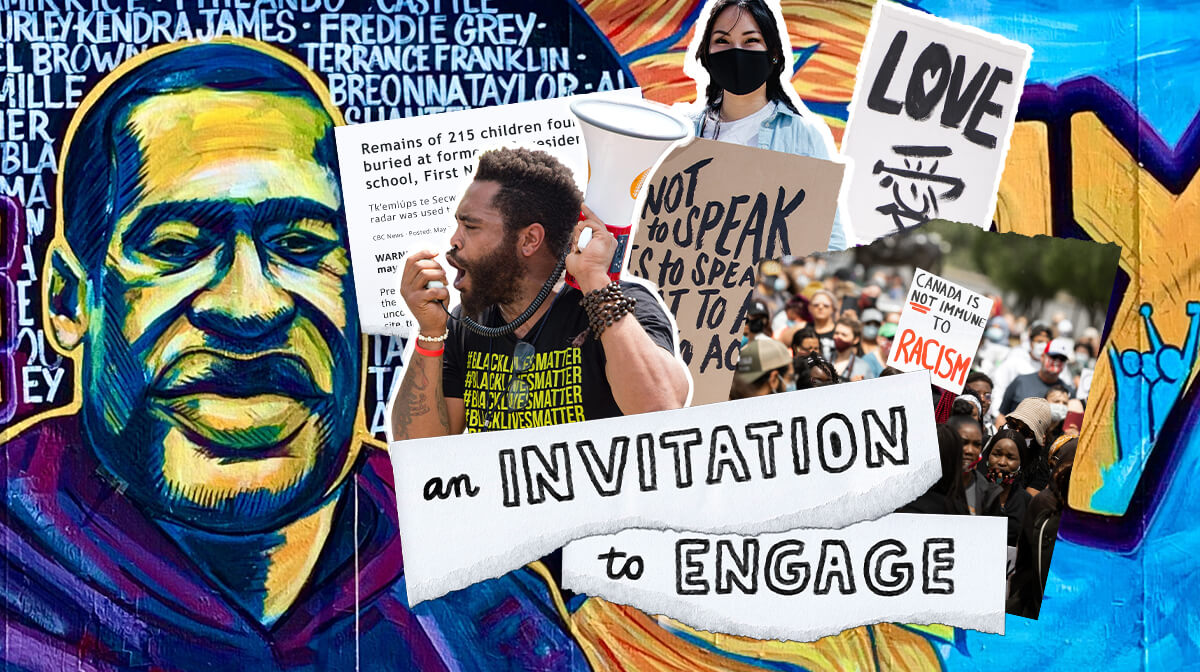 Canadian Alliance family, I invite you to join an ongoing conversation. It’s a messy conversation. It can be an exhausting conversation. Sometimes it requires confrontation and conflict. I know that doesn’t sound very appealing given all the stresses we’ve been under because of COVID-19. It also doesn’t sound like a very Canadian thing to do. But as a follower of Jesus, I have become increasingly convinced and convicted that entering this conversation is an essential part of our Christian discipleship. What conversation am I talking about? It’s a conversation about race and culture.

I grew up in an immigrant Chinese church that never named or recognized the importance of this conversation, and I received my theological formation and training under white Evangelical men and women (mostly men) who didn’t teach me the grammar necessary to engage in this conversation well. Among the sins my Christian communities seemed to hyper-focus on, the sin of racism just didn’t seem to make the cut.

So, what led to this strong conviction in me? The biggest change occurred as I learned to take the cultural context of those who wrote the Bible seriously. Doing hard-nosed biblical theology helped me pay attention to the flesh and blood circumstances of the authors who bore witness to God’s redeeming work in the world.

What I found in the Bible was a surprising frequency with which God deals with ethnic and cultural sins. Human division and conflict around our differences is an age-old problem. And God has been very involved and active in calling His people to respond to the problems these sins caused in His created order.

Here are a few examples:

It can be argued that one of God’s primary motives for coming to the rescue of Jacob’s family in Egypt arose from a new Pharaoh’s xenophobic reaction to a growing “foreign” population within Egypt’s borders (Exodus 1:6–22). Pharaoh’s fears drove him to economic enslavement and even attempts at genocide through a system of selective infanticide.

Later in Israel’s story, God sent harsh prophetic rebukes against Israel’s ruling class around the nation’s unhealthy economic, religious, and social relationship with the poor and foreign populations in her lands (Jeremiah 7:6–7). Abraham’s sons were failing to be a blessing to the nations and God sent them into exile as a result.

When Jesus stood up in His hometown of Nazareth (Luke 4:16–30) and preached from Isaiah 61 a thesis statement about His ministry, you might remember a—seemingly out of nowhere—violent reaction from His listeners. Have you ever wondered why? Jesus’ midrash of Isaiah 61 makes the inclusion of Gentiles a central part of the Messiah’s mission. He is arguing in front of a zealously Jewish congregation that at the centre of God’s Good News is an announcement that the blind (non-Jews) will receive sight and Jesus then backs it up with two Old Testament stories about Gentiles receiving God’s grace. Instead of rejoicing, God’s people were having none of it. They wanted no mercy or grace for Gentiles, and they made their feelings known. The ethnic tensions between Jews and Romans continued to escalate, resulting in Jews being expelled from Rome (at most 41-53 AD), riots in Jerusalem (66 AD), and a nationalistic rebellion which was crushed by Roman armies who sacked Jerusalem and destroyed the Temple (70 AD).

Fast forward to the early church. Though much more could be noted, I draw your attention to two passages in Paul’s Epistles: Ephesians 2 and Galatians 2. In Ephesians, Paul includes as a central description of God’s salvation not only the saving of individuals from spiritual death (vv 1-10), which we Evangelicals love to preach, but also that “His [Jesus’] purpose was to create in himself one new humanity out of the two, thus making peace, and in one body to reconcile both of them to God through the cross, by which he put to death their hostility” (vv 15-16). Jesus’ purpose was also to make a new earthly community comprised of both Jew and Gentile. For this to happen, dividing walls of hostility needed to be destroyed.

To reinforce the theological centrality of God’s desire to deal with existing ethnic hostilities that created ungodly barriers, Paul tells a story in Galatians 2 about his public rebuke of Peter at the church in Antioch. What got Paul so worked up? Peter chose to only eat with Jews. Listen to Paul’s response: “When I saw that they were not acting in line with the truth of the Gospel, I said to Cephas in front of them all, ‘You are a Jew, yet you live like a Gentile and not like a Jew. How is it, then, that you force Gentiles to follow Jewish customs?’” (v 14). For Paul, segregating oneself from Gentiles at a dinner table was a gospel issue. Any time ethnicity and culture become a barrier for the formation of an earthly new humanity, the integrity of the Gospel is at stake.

This is why I believe that our family of churches must see conversations about race and culture as an essential part of Christian discipleship. If following Jesus means preaching and living out the Gospel, then our work must also include nurturing a new humanity on earth.

The year 2020 hasn’t just awakened everyone to the physical fragility of our mortal bodies, it’s also renewed our awareness that our attempts to bridge human cultural differences and racialized realities isn’t really working. I’m literally writing this as the verdict of George Floyd’s murderer is being publicly announced. These racialized struggles aren’t just expressing themselves in secular spaces. The Church is called to join Jesus on mission to nurture a new humanity on earth, but I bear witness that the Church around me is failing.

It shocks me how many Christians I know in our churches, in our denominations, and across my social media feeds struggle to name and recognize the sin of racism and how it continues to impact our world and the church. As North Americans wake to a new level of consciousness about this sin, our public witness as God’s people is on the line. If we cannot even join this conversation, we will rightfully lose any moral ground to proclaim the Gospel. Yes, the Gospel.

This isn’t a conversation to engage in the hippest, trendiest topic on Twitter. This isn’t some church strategy to keep young people engaged or to plant churches in racially diverse neighbourhoods. Th is is the Gospel, that the Kingdom of God is near and we should repent of sins—like racism. Jesus lived, died, rose again, and ascended to the Father so that the blind might receive sight. Oh Lord, open our eyes that we might see what you see.

So, you might ask, where can we start? Let’s get definitions sorted first. Racism is an unbiblical, demonic set of beliefs, actions, and systems that advantage certain people based on an artificial construct called “race.”

The creation of this construct can be traced back to 18th century Europe. Sociologist Dr. Dorothy Roberts writes that “racism is a political category disguised as a biological one.”1 Its faux biological rationales have been used to justify all manner of injustices towards humans with darker skin, assigning systemic privileges and the proverbial benefit of the doubt to those with lighter skin. Words like European colonization, white supremacy, and white nationalism are the correct specific terms that describe racism.

Racism is defined this way specifically because this is how our modern world has been formed and constructed. The point isn’t that all white people are racist, that white people should feel really guilty and bad about this, or that everyone else is off the hook. We were born into a world where whiteness has reigned supreme for a long time and, therefore, we knowingly and unknowingly participate in acts, thoughts, and speech that uphold an ungodly supremacy of whiteness.

Colonization and globalization have ensured that racism affects every corner of the earth and the modern Church remains complicit in all its ugly expressions. So, when naming this sin, resist the urge to reduce it simply to individual acts of meanness. Resist the urge to focus
only on who is or isn’t offended. Resist the urge to just slap the label “racist” on someone or something. Yes, meanness and microaggressions and offensive speech and actions matter, but they’re just the surface-level symptoms of a deeper-rooted systemic sin.

What is an appropriate Christian response to racism? I don’t know. I don’t know how to specifically answer that complex question for your very specific context. This is why conversations are important. We need God’s people to crowd source the Spirit’s call for how the Church should respond. What I can end with are some thoughts on what I’ve learned along the way.

1. Just because race is an artificial construct doesn’t mean being colourblind is the answer.
2. Learn to talk about your particular culture (White, Chinese, etc.). Self-awareness is key to dismantling the ungodly parts of one’s culture.
3. Nurture relationships with people who are different from you.
4. When seeking reconciliation, public repentance and lament cannot be skipped.
5. If you find yourself emotionally overloaded and bristling at the mention of this subject, ask Jesus what’s going on for you under the surface.
6. We should all learn to be anti-racist.
7. There is an uncomfortable and necessary conversation to be had about how race intersects with broader issues like gender, sexuality, and class. Just because you won’t agree on each issue doesn’t mean you should avoid the conversations.
8. Develop a healthy theology of power. You can’t address racism without talking about power.

Alliance family, I invite you to join this conversation. I need to hear your voice and learn from your experience. This is a Canadian problem. This is a human sin problem. The good news is that God promises to be with us each step of the way, empowering us to overcome all sin, even this one. There is power in the name of Jesus, to break every chain.2 Even so, come Lord Jesus.

This is an article from our Fall 2021 edition of Alliance Connection. We are excited to be releasing the print and digital versions of the whole magazine in the near future.

From War to Earthquakes: God Led and Protected John and Penny Hall 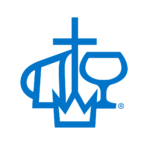 Reverend Joshua Koh is a Chinese American born in Penang, Malaysia and raised in Chicago. Josh attended Wheaton College (IL) where he received his Bachelor of Arts in Psychology and Bible. Josh has been living in Vancouver, BC for almost twenty years. Here he met his wife Jenny and completed his Master of Divinity at Regent College (BC). He currently serves as a Congregational Pastor at Fraser Lands Church in Vancouver.
Learn more