A Journey Through The Alliance Vision Prayer | Week 6

O God, with all our hearts, we long for you. Come, transform us to be Christ-centred, Spirit-empowered, Mission-focused people, multiplying disciples everywhere.

Dominated by atheism, Buddhism, and Shintoism, evangelical Christianity represents only 0.5% of the Japanese population. Despite 500 years of Christian presence in Japan, Christianity is regarded as a foreign religion. Over 1,000 cities and half of all the villages have no church. With 126 million, Japan is the largest unevangelized country entirely open to missionaries.

Japan faces many crises. Young people lack hope or confidence in the future; because of this, Japan has a suicide epidemic (over 30,000 per year). High suicide and divorce rates in all age groups confirm the crisis. Economic decline, social isolation, and the constant threats of earthquakes leave many people open to spiritual matters.

Heavenly Father, would you bless the Japanese with hearts that are open to Jesus. Soften their hearts and let the seeds of the Gospel begin to germinate. We speak life over the people and come against the spirit of death that robs them of hope and eternity with Jesus.

May they hear your voice to them today, to “Come alive!” Penetrate every barrier raised against the knowledge of the Lord Jesus Christ. Increase your Kingdom among Japanese and help them hear the ‘old message’ with new ears and renewed hope.

“For the idols speak delusion; the diviners envision lies and tell false dreams; they comfort in vain. Therefore the people wend their way like sheep; they are in trouble because there is no shepherd” (Zechariah 10:2). Awaken the Japanese from idolatry and bless them with shepherds after your own heart. Amen. 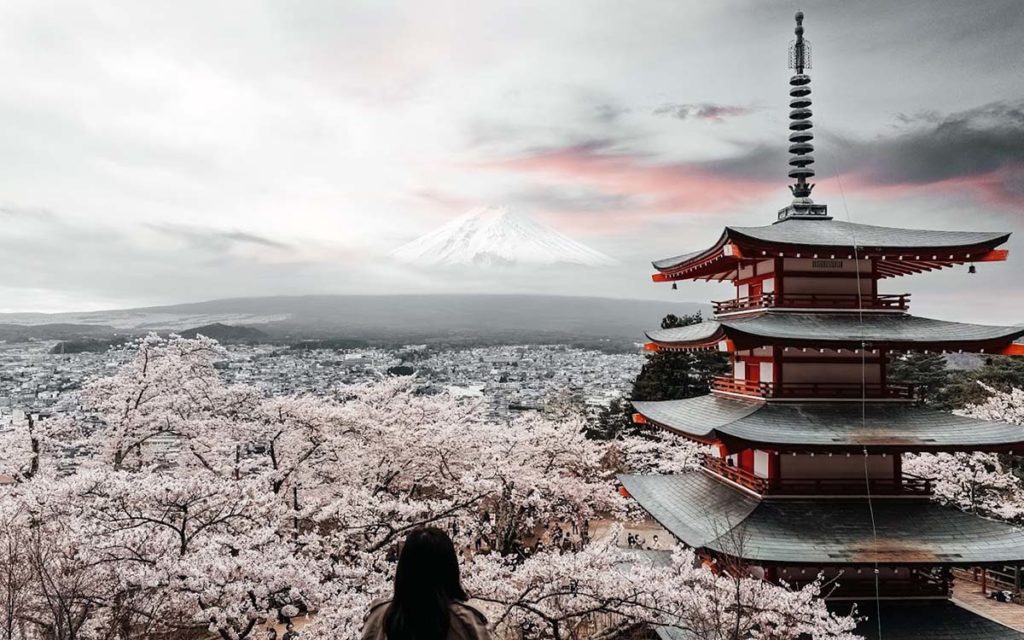 The Kazakh Uyghurs live in the world’s largest landlocked country. They border on Russia, ‘the Stans,’ and the western edge of China.

300,000 Uyghurs live in Kazakhstan—most can trace their roots to an immigration wave before the 1960s. They mainly speak Russian and practice Islam. Some may speak the Uyghur language to older family members. Only 0.01% are Christians. One factor that prevents the spread of Christianity is the perception that it is a religion for only the West. Praise God that there are six known Uyghur fellowships in Kazakhstan, ranging from 5 to 30 members.

Lord, will you come with your light and illuminate the pathway to God. Lift the Kazakh Uyghurs from the thick darkness, covering the people. “And he will destroy on this mountain the surface of the covering cast over all people, and the veil that is spread over all nations” (Isaiah 25:7). Bless the Kazakh Uyghurs with open heavens and clarity that they might behold their God, Yahweh, the Creator of humanity. Amen. 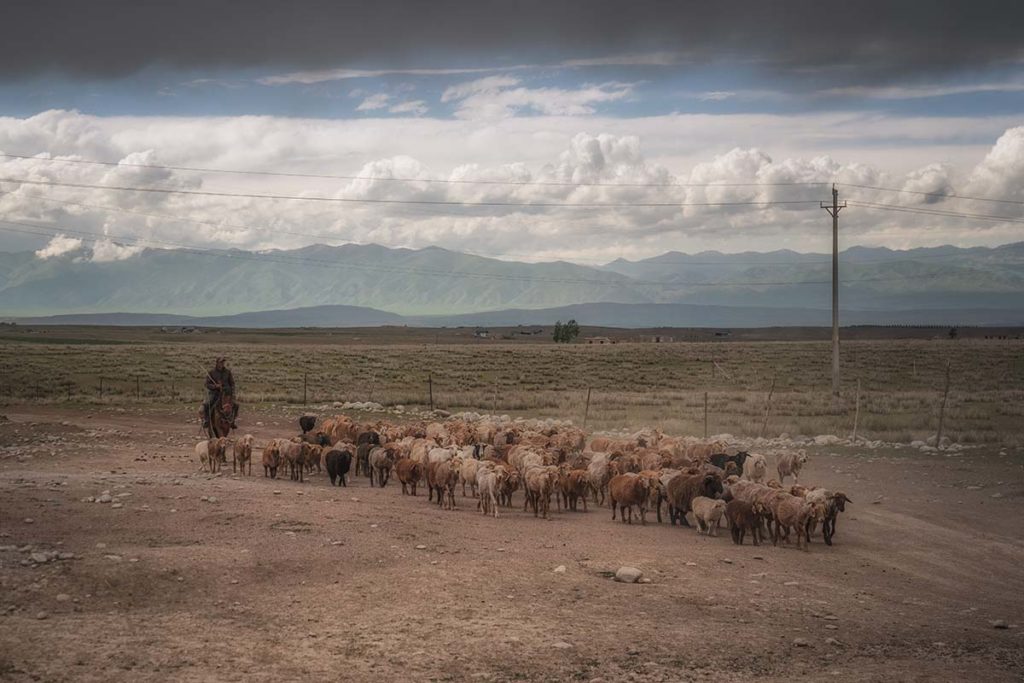 Over the years, the Yemeni diaspora has settled in Saudi Arabia, the UK, the USA, Egypt, Djibouti, Somalia, UAE, and other Gulf countries. More Yemenis have found refuge in places like Egypt, Djibouti, and Somalia, with a larger influx of those leaving in recent years.

Away from the influence of their homeland, it is easier for the Yemeni diaspora to become followers of Christ, and there is a growing number of seekers.

However, there are very few intentional workers among them. Though less than 1% are believers, there are several informal house church groups. Some have also joined local churches in the countries where they are scattered.

Father, you are the Shepherd of the Yemenis. As many have fled Yemen and settled in other nations, may they know the tender voice of the Shepherd who leads them beside green pastures and still waters. Where the enemy wants to steal, kill, and destroy, we bless them with the protection of their Shepherd God, who gives them abundant life. We bless Yemenis with knowing the voice of their Shepherd God, who leads them on the right paths.

Thank you for calling Yemeni believers to yourself. We bless them as they grow in the knowledge of the Lord. May they also grow in perseverance as they follow you, Jesus. We bless them with the joy of the Lord as their strength. Father, would you enable them by your Spirit to bear witness for Jesus Christ. Amen.

There are at least 2 to 2.5 million people in the Rohingya—of which less than 20% still live inside Myanmar.

The rest have left the country and gone abroad. Over 700,000 Rohingya have settled in large refugee camps in Bangladesh.

Even though most Rohingya are Muslims, there is growing receptivity to the Gospel. Rohingya Christians are still less than 1% of the population. Yet, it is encouraging to know that there is a small number of secret fellowships in the camps.

Approximately 2,000-3,000 Rohingya live in Canada, many in the Kitchener-Waterloo, ON area.

Father, we pray that you would bless the Rohingya with a new name—their God-given identity.

They are no longer forsaken, forgotten, or rejected. They are made in your image, and we declare that they are the beloved, seen by you, and chosen to know the Saviour.

We ask you to bless them with vigilant, vibrant, and caring Christian communities around them in Waterloo and everywhere they have had to relocate to.

As you have added to the number of believers, would you add to them the deepening love and understanding of your ways? Amen. 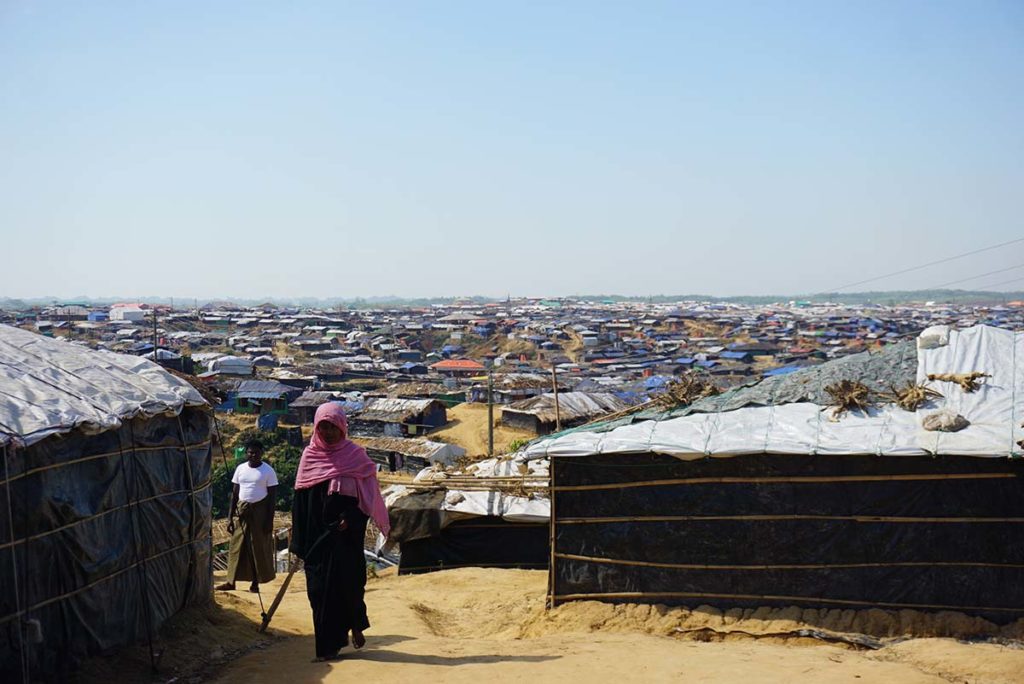 Roman Catholicism is the main religion of the over 47 million Spaniards, but there are rapidly rising levels of secularization. Atheism and Islam are the fastest-growing belief systems. Receptivity to the Gospel has been very low, and less than 1% of Spaniards are evangelical Christians. Ten million Spaniards live in towns without any evangelical presence.

Praise God there are 28 Alliance churches and fellowships in Spain. Two of them have between 100 and 200 members; the rest vary between 20 and 100. Most local fellowships meet in warehouse spaces, storefronts, and homes. Unlike much of Europe, the Protestant Reformation did not penetrate Spain due to the Inquisition. The Moors (Muslim inhabitants of the Iberian Peninsula) ruled Spain for 800 years, leaving a lasting impact on language, architecture, education, crops, and cuisine.

Heavenly Father, bless Spain by increasing the number of faithful workers. As your workers make disciples who disciple, would you add to the numbers of those being saved? We pray that the people of Spain would recognize and acknowledge the King of Glory.

Open the gates of the cities, the businesses, the homes, and the hearts of Spaniards. King of Glory, come, bless, and draw the people to you. We pray the people of Spain would recognize their King, The King of Glory, Jesus! Amen.