A Conversation with Damien Lee 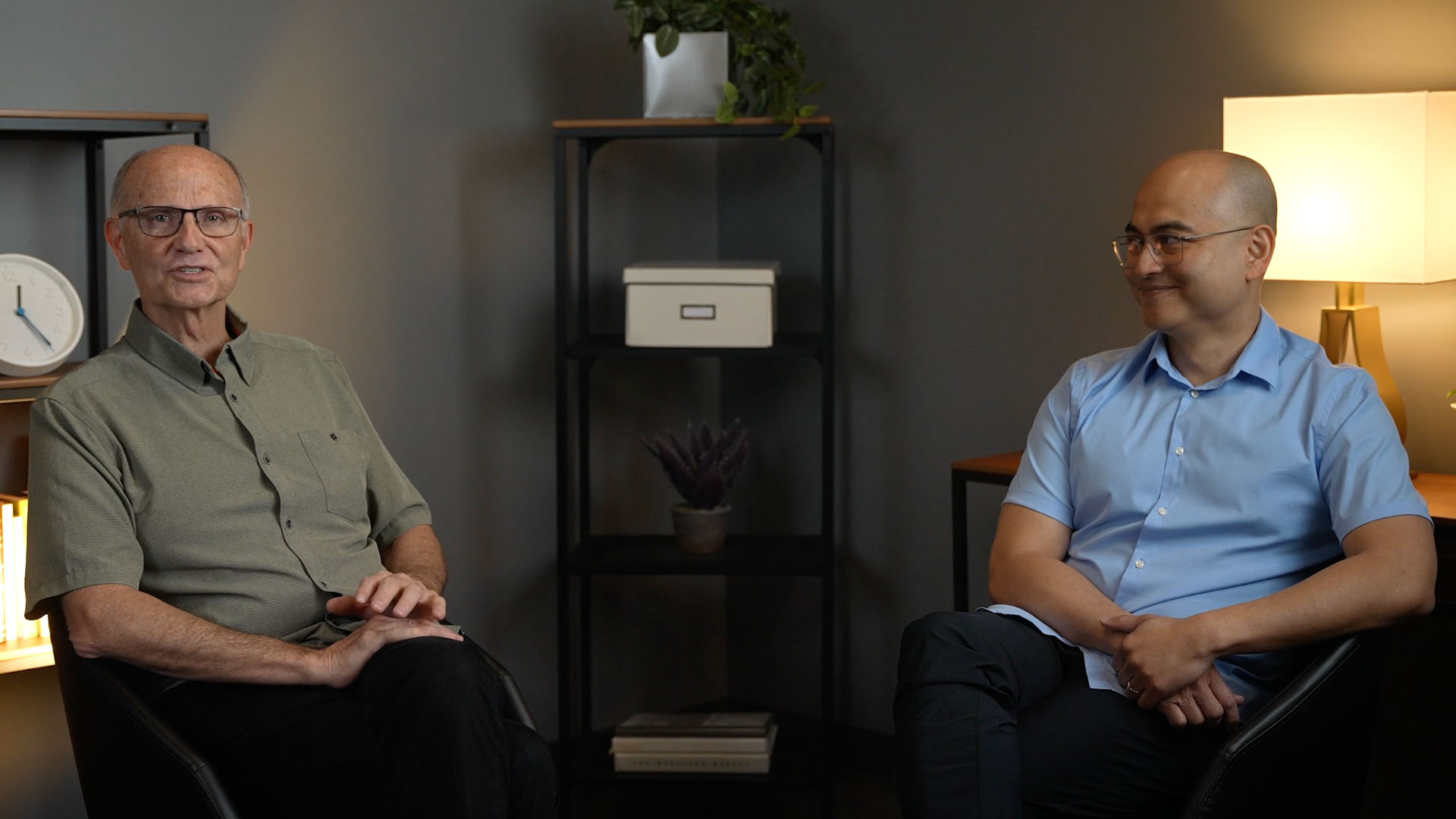 Hello, Alliance Family. As president, I get a deeper look at the work of The Alliance Canada. Today I’m joined by Damien Lee. Damien’s transitioned into the role of International Vice President in March of 2022. He’s been with The Alliance for a long time. So, Damien, what were you doing before you took this new role?

Well, Darlene and I recently completed a decade in the Middle East as International Workers for The Alliance, working among a people group with little knowledge of the Good News, as well as providing member care and leadership development for the international worker community.

Do you have any exciting stories about how God was at work, through your ministry, there over these years?

Well Keith, over the years, it’s been a privilege to participate in the planting of local fellowships, to have been involved in the lives of dozens of locals through hospitality and a ministry of prayer, to be used by God in a restructuring of the Arabic language school and a network of several hundred workers. We’ve seen the deliverance of both locals and international workers from the demonic and the development of nnext-generation leaders for the work in the region.

What drew you initially to international Ministry?

I guess the most basic sense is that I’ve always been drawn to international ministry because it courses through my veins. I’m fairly international in upbringing. I was born Chinese-Malaysian-Portuguese-Creole. I spent eighteen years in Malaysia, eighteen years in Canada, and then a decade in the Middle East. One of the most impactful courses I took in seminary was titled Dreams and Visions.

And from that, God gave me a dream that I titled “my vocation to minister in two worlds to be a bridge between the East and the West.” And a major theme of that dream would be ministry experience that accounts for peoples and cultures of the world.

As we think about those years and that involvement you had there and now being shoulder tapped regarding this position, what drew you to this role of Vice President?

Well, I think there were a couple of factors. One was that Darlene and I really sensed God releasing us from the field where we had spent a decade; where we felt like, hey, we have done what God has called us to do. And then him leading me into this role. And then the second factor was a deep sense of alignment between the role and God’s mission for my life, which is to identify and develop a movement of leaders committed to planting Christ-centred communities in the hardest and darkest regions of the world.

It’s exciting to hear you say that because being called into this role that you’re moving into, into the future, you’re coming out of an experience where you’re saying, I’ve been engaged in doing that, of raising up leaders of seeing missional communities being established there. And now you get to be a part of our larger story. As you think about the strategic elements for The Alliance Canada’s were involved internationally, what do you see some of those being as you look toward the future?

Well, it’s a combination of holding on to some of the things that we’ve been doing for a while and some of the new things that we need to emphasize. So, Keith, we will continue to deploy International Workers to the front lines of church planting where Jesus is not known, particularly through partnerships such as the ones that we have in South Asia.

Now, we also recognize, however, the geopolitical reality that many of these regions are not open to the traditional worker, but they are rolling out the red carpet for Marketplace doctors and teachers and engineers. And then finally, the increase in conflicts around the world has led to the suffering of millions of people internally displaced and thus the tremendous opportunity to be the hands and feet of Christ through Relief and Development.

So Church Planting, the Marketplace, Relief and Development, these are the three strategic pathways we are leaning into for the priesthood of all believers in The Alliance to multiply disciples everywhere.

It’s exciting to think about the fact that we’re able to make some refocus or adapt a little as we think of the changing world that we’re ministering to. And as you say, Marketplace has been one of those ways that we’re able to move into places that would otherwise be closed. But we’re also doing the continuation of those core activities of church planting and evangelism, and discipleship, but also the compassion piece.

What are some of the things that God’s been stirring in your heart as you look toward this next season of leadership?

Well, Keith, I think my dreams for this role and for The Alliance are that we join God in his passion to glorify his name among the nations. He’s working. And we can join him in that work through a holistic, redemptive transformation as a result of the good news being preached through Church Planting, the Marketplace, and Relief and Development.

As  you think of for you and your wife, Darlene, you’re both involved in ministry there. This is a big sacrifice for you guys in the sense that you’re so engaged in ministry there… coming back to Canada, coming to the GTA, which is on of the more expensive postal codes in the country. There’s a clear sense of calling that God has got in your lives to be here.

But having had these months to work alongside, as you’ve been onboarding into this role, Damien it’s been really a thrill to get to know you, but also to capture your heart and see what you and Darlene are committed to and seeing that Jesus would be made famous around the world. We’re so thrilled about that. Thank you. Indeed, God is on the move and The Alliance Canada.

And I know I speak for all of us when I say how excited we are to see how God uses Damien in this role. And we’re expecting God to do great things in the future through The Alliance. Would you join me in praying for Damien as he leads our International Workers abroad?